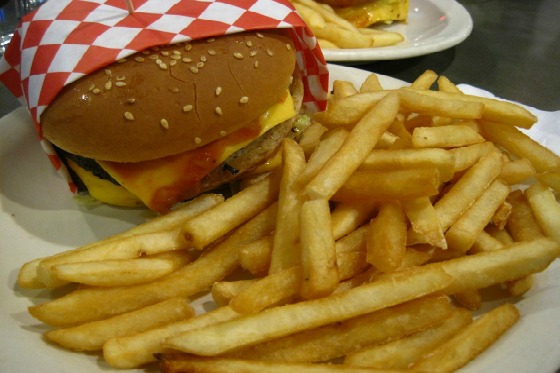 While Americans’ waistlines continue to expand, those who are gaining the most weight are also starving. They aren’t starving of calories, but of vital nutrients that help keep the body working in tip-top condition.

Everyone knows that vegetables are packed full of nutrients and vitamins that are good for the body, yet most Americans don’t meet their daily dose of vegetables in a week. Only 14% of adults even consume three servingsof veggies per day, but the news is worse. Adolescents eat even fewer vegetables than their adult counterparts. So as Americans get bigger and consume more calories, they are wholly malnourished at the same time.

According to a well-worded article by Personal Liberty, all foods have calories, but only a very small amount of foods have nutrition. Unfortunately, this ignorance is capitalized upon by commercial “food” processors who produce millions of tons of empty foods that have calories without any actual nutrition.

The problem then quickly becomes worse. A full belly doesn’t know the difference between just calories and actual nutrition – that’s for the brain to figure out, yet most won’t take the time they need to look into what it is that they are actually consuming. Even though the results and outer manifestation of malnutrition is sickness, nobody equates the two. Neither the patients nor their doctors seem to realize that a whopping 85% of Americans are nutrient deficient, meaning they lack essential vitamins and minerals. This ignorance has caused a health crisis upon which commercialfood processors and the medical establishment have raked in trillions of dollars.

It’s also led to a national obesity epidemic, yet the obese people are, ironically, the ones who are starving. According to The Guardian, this problem is called “hidden hunger” and it robs billions of people the opportunity to reach their full potential.

The Centers for Disease Control and Prevention reports that one in four American adults have a disability that impacts major life activities, with the most dominant one affecting mobility. The second most prevalent reported involved cognition. “Something far-reaching is affecting the health of Americans in the prime of their lives,” said lead study author Dr. Steven H. Woolf of Virginia Commonwealth University in Richmond. Woolf’s research was published in The BMJ (British Medical Journal) and it was reported that there are “rising midlife death rates from dozens of diseases of the heart, lungs, digestive systems and other organs.”

As evidence that Americans are causing their own sicknesses, a recent report in ScienceAlert stated scurvy is making a comeback in the United States. But scurvy isn’t one of those rare and seasonal infectious diseases caused by a virus or an antibiotic-resistant bacterium, it’s a condition of lack of nutrition. It is brought on by a vitamin C deficiency.

Americans are eating foodless foods that don’t provide enough nutrients to survive but do assault the body by promoting inflammation leading to a host of diseases along with obesity and dementia.

Americans do not know that consuming calories has little to do with consuming nutrition. Junk foods loaded with calories gives the sensation of a full belly even when no nutrition is taken. This is a sinister and silent syndrome of starvation that so-called health authorities never address and the public is totally unaware. –Personal Liberty

Finding real food in American grocery stores takes effort, but it can be done. We should all equip ourselves with the knowledge to take our own health back from the elites who push this garbage food on us. Your health depends on what you put in your own body and the body of your children.

Many may be saving money on “food” now, but the cost of medical bills down the road could be immense if Americans don’t rectify their eating habits.