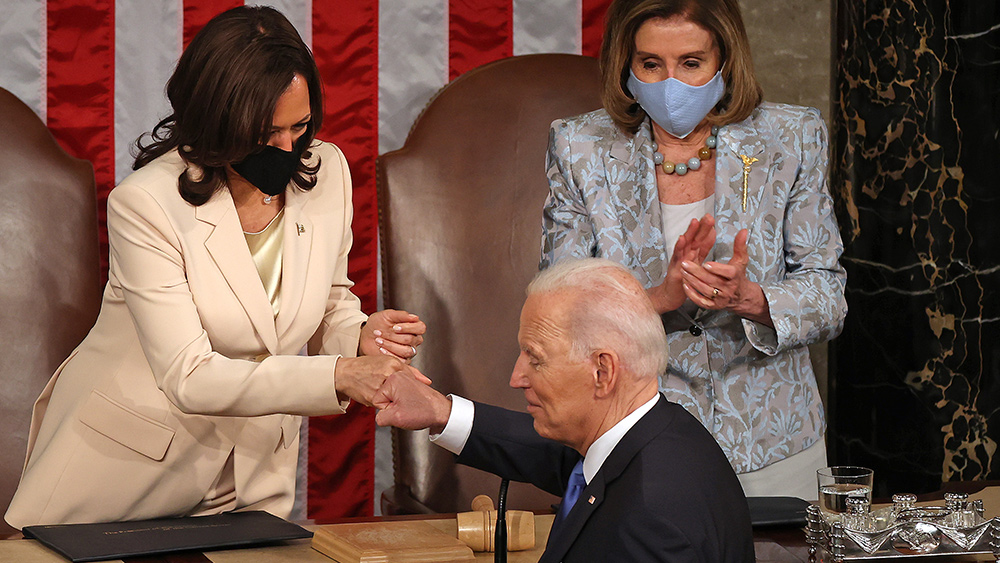 (Natural News) The globalists seeking to collapse the West so they can attain full control over an impoverished civilization are continuing to use the COVID-19 pandemic as the vehicle to achieve their objective.

Wave after wave of the virus continues to sweep the globe, with one variant after another being ‘discovered’ just as the previous variant begins to fade out, and with each new wave, major parts of the global economy shut down again, leading to massive supply chain disruptions.

And now, what most Americans believed could never happen in their country has come true: Grocery store shelves are growing increasingly bare as transport and warehouse workers either leave the workforce or come down with the latest omicron strain of COVID.

“High demand for groceries combined with soaring freight costs and Omicron-related labor shortages are creating a new round of backlogs at processed food and fresh produce companies, leading to empty supermarket shelves at major retailers across the United States,” Reuters noted this week in an urgent report.

“Growers of perishable produce across the West Coast are paying nearly triple pre-pandemic trucking rates to ship things like lettuce and berries before they spoil,” the outlet added.

And of course, the more producers and shippers have to pay, the more consumers will have to pay — for whatever shows up on store shelves — which is also feeding into inflation, already at historic highs under the worst presidential regime in decades.

Shay Myers, head of Owyhee Produce, which grows watermelons, onions, and asparagus along the Idaho-Oregon border, told Reuters that he has held off shipping onions to retail outlets and distributors until the cost of freight goes down.

But that means less fresh produce in the marketplace, which means prices for whatever is available will continue to rise.

The CEO said that supply and transport disruptions over the past month or so caused by a combination of things, including a dearth of truck drivers and storms that blocked highways, have caused a doubling in freight costs for fruit and veggie growers, and that is in addition to pandemic prices that were already high.

There is no way a company is simply going to absorb those kinds of price increases.

Birds Eye frozen vegetables maker Conagra Brands’ CEO Sean Connolly told investors last week that supplies from its U.S. plants could be constrained for at least the next month due to Omicron-related absences.

Earlier this week, Albertsons CEO Vivek Sankaran said he expects the supermarket chain to confront more supply chain challenges over the next four to six weeks as Omicron has put a dent in its efforts to plug supply chain gaps.

Americans around the country have taken to social media, Reuters noted, to post photos of empty or barren pasta, meat, and produce aisles at some Walmart stores and other major retailers including a Meijer store in Indianapolis, which was out of chicken; a Palm Beach, Fla., Publix that was out of toilet paper and home hygiene products; and Costco stores in Washington state that have reimposed purchase limits.

What’s more, the situation is expected to remain about the same or get worse over the coming months according to experts including Katie Denis, the VP of communications and research at Consumers Brands Association, who also blamed a shortage of key laborers.

For example, the consumer packaged goods industry is short around 120,000 workers, but in December, only added around 1,500 people. Also, the National Grocer’s Association said in a report that a good number of member stores were operating with less than 50 percent of their needed workforce.

In the end, here is what is going to happen: Jobs that cannot be filled will simply vanish to automation; prices will skyrocket to the point where fewer and fewer people can afford to eat, causing riots; and the current regime will remain aloof of a problem it is failing to solve because the left-wing mainstream media is corrupt.