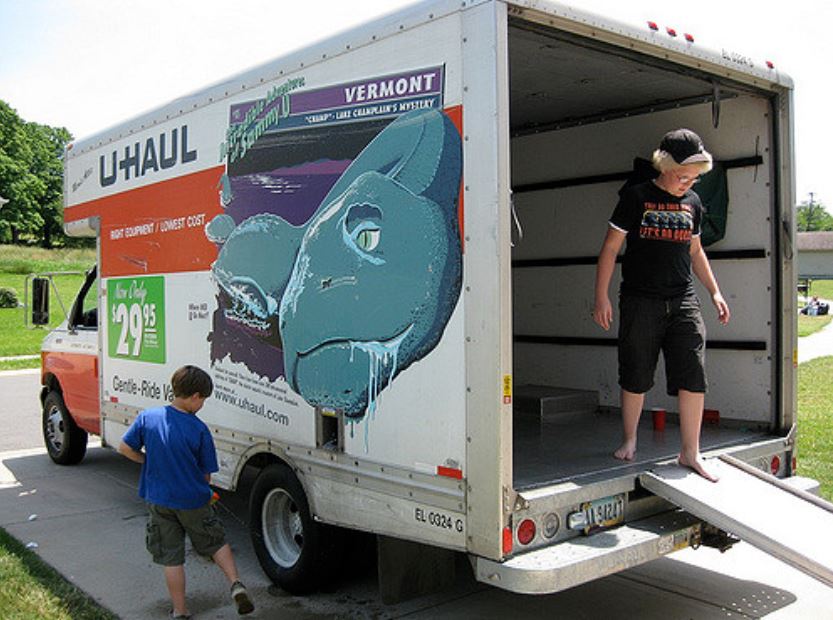 According to the most recent Census Bureau data on state-to-state migration flows, 523,000 people moved to California from other states. But at the same time, more than 661,000 Californians moved to other states.

That is, on net, nearly 138,000 more people left California than moved into it from elsewhere in the US.

Yet, California isn’t the worst in this regard. Both Illinois and New York lost even more residents to other states with net losses to other states totaling 144,000 and 167,000, respectively.

These numbers reinforce what has become a well-entrenched trend of US residents moving from high-tax states to low tax states.

In fact, among the top-ten states that the largest number of Americans have fled, seven of the ten are states which rank among the top 15 states for the worst tax burdens —according to the Tax Foundation’s most recent report on state and local taxation. New York is ranked worst in the nation, while California is ranked at number four.1

Low-tax states also tend to be states that are, in general, more hospitable to the private sector, and to opening and running a business. Indeed, “economic freedom,” broadly speaking, can influence where potential employees and employers move as well. Not surprisingly, in the Fraser Institute’s most recent report on “Economic Freedom of North America,” California ranks as the 47th “most free” state, while Texas ranks as third.

Some of the states on the losing end have certainly noticed. Last November, the Sacramento Bee reported “More people left California in 2017 than moved here.” The news is nuanced, though. The Bee also noticed that the people moving in to California tended to be more educated and higher-income than the people moving out. That may be good for tax revenue, although it will likely also increase income inequality (which Californian politicians claim to hate) while potentially pushing up housing prices in the more in-demand areas even more.

More recently, New York state officials blamed a budget shortfall on an exodus of taxpayers, and “cited anecdotal reports of New Yorkers leaving the state or changing their primary residence.” Basically, too many New Yorkers are moving to Florida.

So far, we’ve only been looking at migrant flows from state to state, however. If we include in-migration from foreign countries and natural growth from births, California’s comparative population loss disappears, although Illinois and New York still remain in negative territory.

On Tuesday, for example, Jonathan Williams at The Hill opined that “Americans continue their march to low-tax states.”

Using overall population changes from (all sources) from 2017 to 2018, he notes

Once again, Texas and Florida were the big winners in overall population gains, with the Lone Star State gaining more than 379,000 residents from 2017-18 and the Sunshine State posting a gain of more than 322,000.The big net losers from the report were New York, which lost a total of 48,510 residents, and Illinois, which lost 45,116.

Williams doesn’t provide any details or visuals beyond a handful of states, so I’ve done it for you, using the same data Williams uses:

California fares better by these measures, but so do Florida and Texas, both of which also receive large numbers of migrants from abroad.

So, even if we add in foreign migration, low and moderate tax states still tend to rise to the top of list.

There is no doubt that migration from other countries is helping keep population growth positive in a number of high-tax states.

If we exclude natural growth from births, and look at just people who have moved in from elsewhere (including abroad), we find that high-tax states California, Massachusetts, Minnesota, and New Jersey all move from negative territory into positive:2

Certainly, taxation is not the the only factor people consider when moving. Climate and proximity to family are common considerations, and it’s likely not a coincidence that most of the states in the top ten are states with large cities and numerous jobs for skilled workers. The cost of living is a big factor as well, and this has been especially problematic for California which contains many of the most notoriously unaffordable cities in America. This helps explain why lower-income residents flee California while wealthier residents move in. Living in California has become a luxury available primarily to wealthy tech workers and government employees with plentiful taxpayer-funded benefits and pensions.

This article has been republished with permission from Mises Institute.

Ryan McMaken (@ryanmcmaken) is a senior editor at the Mises Institute. Send him your article submissions for Mises Wire and The Austrian, but read article guidelines first. Ryan has degrees in economics and political science from the University of Colorado, and was the economist for the Colorado Division of Housing from 2009 to 2014. He is the author of Commie Cowboys: The Bourgeoisie and the Nation-State in the Western Genre.
Contact Ryan McMaken