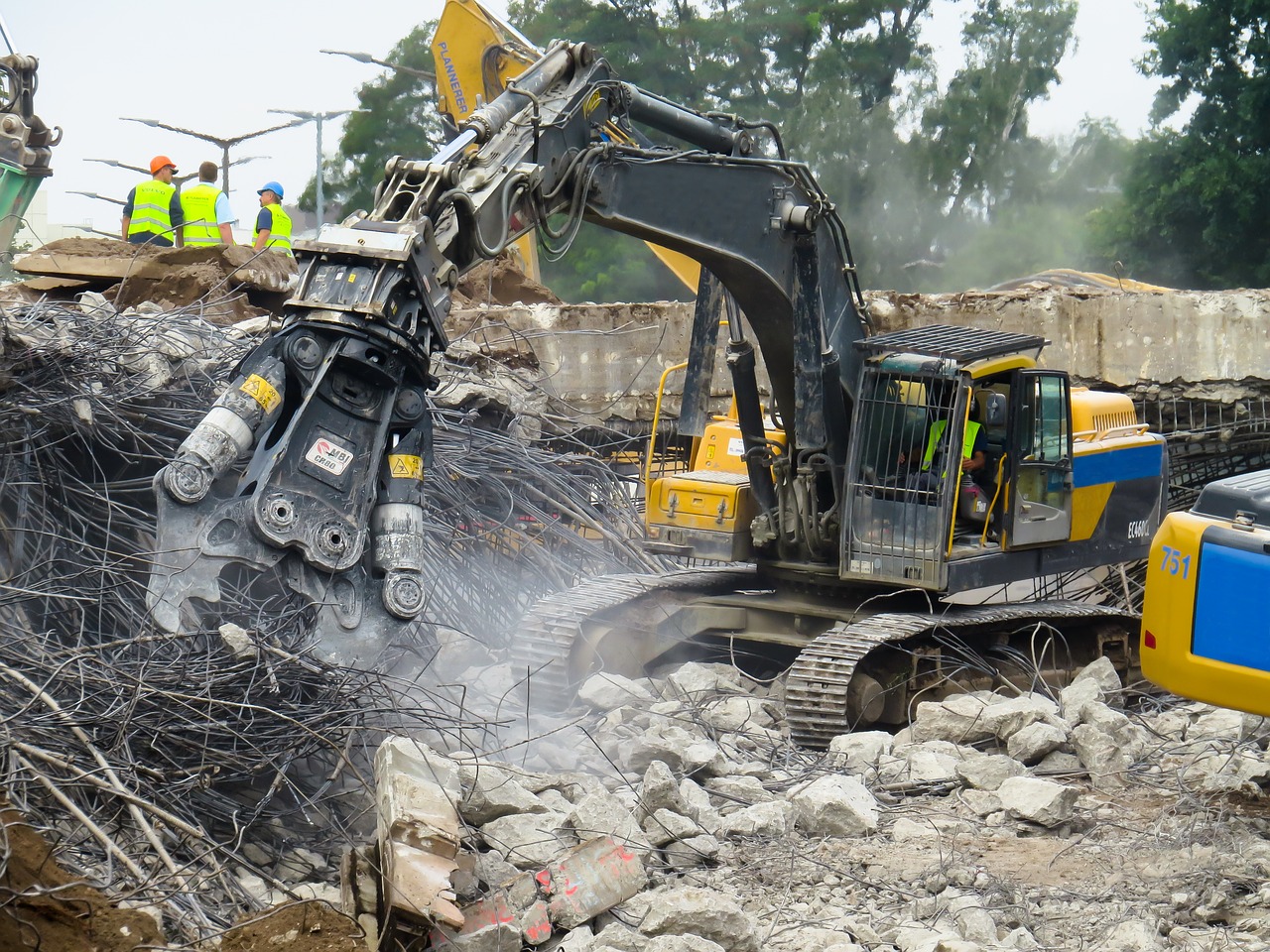 You may have noticed that our nation is crumbling. In this case, I am not actually referring to the moral decay which is eating away at the foundations of our society like cancer. In this article I am going to specifically focus on the physical infrastructure which is literally crumbling directly under our feet. At one time, the infrastructure in the United States was unrivaled anywhere in the world. Previous generations of Americans built this country from the ground up, and I am very thankful for the hard work that they put into constructing our infrastructure, but now it is rotting and decaying all around us.

Our politicians in Washington finally decided to take action by passing the $1.2 trillion Infrastructure Investment and Jobs Act.

So we were bamboozled.

But at least some money is going to be spent on infrastructure, and that is a good thing because roads and bridges are literally collapsing all around us.

In fact, the Forbes Avenue bridge in Pittsburgh collapsed on Friday just hours before Joe Biden visited the city…

Immediately upon landing in Pittsburgh, Pennsylvania, on Friday, President Joe Biden visited the Forbes Avenue bridge over Fern Hollow Creek. The bridge collapsed about 6:50 a.m. Friday, just hours ahead of his planned visit to underscore the need to improve the nation’s crumbling infrastructure.

“We’re going to fix them all,” Biden said to emergency personnel and local officials at the site, referring to the more than 40,000 bridges across the nation that are considered in poor condition. “This is going to be a gigantic change.”

Biden claims that we are “going to fix them all”, but he is not telling us the truth.

It is being reported that there is 27.5 billion dollars in the infrastructure bill that is allocated for the construction and repair of bridges…

The infrastructure law that President Biden passed last year contains $27.5 billion specifically for the construction and repair of bridges. The law distributes the funds proportionally according to the scale of need, so Pennsylvania will get the third most of any state despite being fifth largest by population. The first $327 million was distributed to the state just two weeks ago.

Unfortunately, the Federal Highway Administration is telling us that it would take approximately 125 billion dollars to fix or replace America’s deficient bridges…

The American Society for Civil Engineers (ASCE) regularly reports on the soundness of American bridges, while the Federal Highway Administration estimates the cost to repair or replace them at around $125 billion. These are not hidden deficiencies. They are hiding in plain sight. There is no excuse to worry that the next time we cross our bridges it might be the last.

So why was such little money allocated to our bridges in the infrastructure bill?

Someone should ask that question to Joe Biden, Nancy Pelosi and Chuck Schumer.

Because if we are going to spend 1.2 trillion dollars that we do not have, we should at least be able to fix our roads and bridges.

According to the U.S. Department of Transportation, there are almost 44,000 bridges in the United States that are currently in “poor condition”…

There are over 3,300 bridges in a poor state of repair across Pennsylvania, and as a result the state is getting $1.6 billion. The Pittsburgh Post-Gazette reported that Allegheny County has the largest number of bridges in poor condition in the state, and that 20 percent of locally controlled bridges — like the Forbes Avenue structure — are in poor shape.

Nationwide, the country has nearly 44,000 bridges in poor condition, according to the U.S. Department of Transportation.

Our roads are in horrendous shape as well. At this point, hundreds of thousands of miles of roads in our country are in poor condition. Texas and California are the two states that lead the pack…

GlassBYTEs.com reported on a state-by-state breakdown of the best and worst roads in the nation last year. Pennsylvania received a C- in the report with 7,540 miles of bad roads which cost motorists an additional $620 in repair costs. The highest cost was reported in Washington D.C. with $1,000. The nation’s capital also received a C- rating. The most miles of bad roads are 19,400 in Texas, followed by 14,200 in California.

So far in this article, I have only talked about roads and bridges, but we are facing many other challenges as well.

Our power grid was never designed to handle so many people, and we all saw the epic disaster that played out in Texas last winter.

The lack of investment in our ports is one of the factors which has precipitated the most severe supply chain crisis that the U.S. has ever experienced.

When it comes to mass transit, we are falling way, way behind China and other major industrialized nations.

Our natural gas lines are in such poor shape that explosive “accidents” have become a regular occurrence.

Our water systems and our sewer systems desperately need some attention. In Sacramento, California the water coming out of the taps often tastes like dirt at this point.

Needless to say, our railroads are severely outdated and could really use some investment as well.

And please don’t get me started on our airports. Compared to airports in Asia, Europe and the Middle East, many of our airports are a bad joke.

If all of the money in the “infrastructure bill” was going to be spent to address these needs, a lot of good could be done.

But instead, hundreds of billions of dollars will be going to social causes favored by Nancy Pelosi, Chuck Schumer and Joe Biden.

So our infrastructure will continue to crumble, and that is extremely unfortunate.