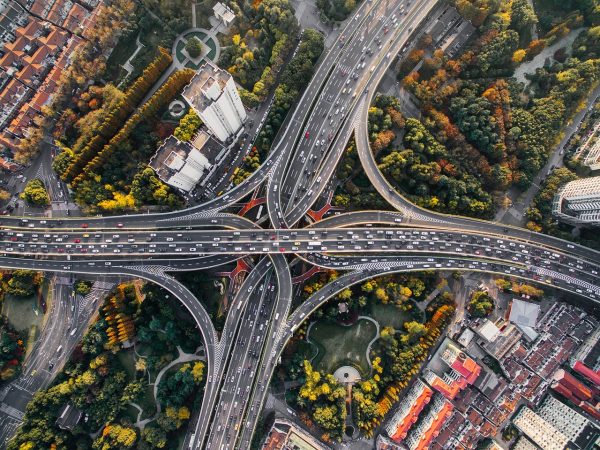 In modern American history, we have never seen such a sudden mass exodus away from our major cities. Overall, the U.S. economy is a complete and total disaster in 2020, but moving companies and real estate agents that work in desirable rural and suburban areas are absolutely thriving right now. Each weekend we are seeing long lines at U-Haul rental facilities, moving companies can’t handle all of the requests that they are getting, and property values are shifting at a pace that is difficult to believe. Homes in our core urban areas are losing value very rapidly, and at the same time we are seeing bidding wars for some rural and suburban properties that are absolutely insane.

I certainly can’t blame anyone that wants to escape the violence. If I was living in a major city that was being torn apart by violence, I would want to move too.

At one time we had some of the most beautiful cities in the entire world, but now the word “apocalyptic” is being used to describe them. The following comes from an article by Victor Davis Hanson…

Nine months ago, New York was a thriving, though poorly governed, metropolis. It was coasting on the more or less good governance of its prior two mayors and on its ancestral role as the global nexus of finance and capital.

The city is now something out of a postmodern apocalyptic movie, reeling from the effects of a neutron bomb. Ditto in varying degrees Minneapolis, Portland, Seattle, and San Francisco — the anti-broken-windows metropolises of America. Walking in San Francisco today reminds me of visiting Old Cairo in 1973, although the latter lacked the needles and feces of the former.

Chicago is one of the cities that has been the most affected by the violence, and the Chicago Tribune recently posted an article about the mass exodus that the city is now experiencing…

Incidents of widespread looting and soaring homicide figures in Chicago have made national news during an already tumultuous year. As a result, some say residents in affluent neighborhoods downtown, and on the North Side, no longer feel safe in the city’s epicenter and are looking to move away. Aldermen say they see their constituents leaving the city, and it’s a concern echoed by some real estate agents and the head of a sizable property management firm.

Following the horrific looting in Chicago a couple weeks ago, a Tribune reporter visited some of the wealthier parts of the city, and that reporter encountered residents that indicated that they would be leaving “as soon as we can get out”…

The day after looting broke out two weeks ago, a Tribune columnist strolled through Gold Coast and Streeterville. Residents of the swanky Near North Side told him they’d be moving “as soon as we can get out.” Others expressed fear of returning downtown in the future.

Of course Chicago is far from alone. In a previous article, I discussed the fact that the New York Times has reported that hundreds of thousands of people have already left New York City. After losing so many residents, you would think that the mass exodus would be slowing down, but that does not appear to be happening. In fact, we are being told that “moving trucks were out in force” on the Upper West Side on Saturday…

Moving trucks were out in force on Manhattan’s Upper West Side on Saturday — leaving Guardian Angels founder Curtis Sliwa practically tripping over them.

“The mass evacuation of Upper West Siders from NYC is in full effect,” Sliwa, who lives on W. 87th Street, lamented, blaming the city’s decision this summer to house hundreds of emotionally disturbed homeless and recovering addicts in neighborhood hotels.

And someone filmed a stunningly long line at a U-Haul rental location in New York on Saturday. In all my years, I don’t think that I have ever seen anything like that at a U-Haul facility.

Of course all of those people need to have somewhere to go, and this is creating massive bidding wars for properties in the suburbs…

Over three days in late July, a three-bedroom house in East Orange, N.J., was listed for sale for $285,000, had 97 showings, received 24 offers and went under contract for 21 percent over that price.

On Long Island, six people made offers on a $499,000 house in Valley Stream without seeing it in person after it was shown on a Facebook Live video. In the Hudson Valley, a nearly three-acre property with a pool listed for $985,000 received four all-cash bids within a day of having 14 showings.

But this is what happens when vast hordes of wealthy people are trying to relocate all at once.

On the west coast we are seeing similar things happen. Property values in rural and suburban communities are being driven up, and meanwhile prices in core urban areas are falling very quickly. For example, just check out what is taking place in San Francisco…

San Francisco has seen a greater increase in price drops than any other U.S. metro, with the share of sellers slashing prices more than doubling from a year ago as the COVID-19 related panic drives homebuyers out of the Bay Area, reports Redfin.

A quarter (24.5%) of San Francisco-area home sellers cut their list prices during the four weeks ending Aug. 16, the highest share since at least 2015, when Redfin began recording this data. That’s more than double the rate from a year earlier, marking the largest annual increase in the share of active listings with price drops among the 50 most populous U.S. metro areas.

Some Californians are choosing to relocate within the state, but of course many others are fleeing the state entirely.

One of the places many of them are heading to is Arizona, and one recent Yahoo News article commented on the “surge in California license plates” in the state…

Driving across Arizona, it’s hard not to notice a surge in California license plates. The reason for this is becoming more apparent every day. California is a failed state.

If you currently live in an urban area and you are still thinking about relocating, I would make a decision rapidly. Summer is almost over, economic conditions are going to continue to deteriorate, and much more civil unrest is coming.

In an interview that I just did with Greg Hunter, I explained why I am so concerned about the times that we are moving into.

And countless other Americans also seem to be deeply alarmed about the near future, because we have never seen a mass exodus of this magnitude in modern American history.

The times, they are a-changin’, and life in our country will never be quite the same again.