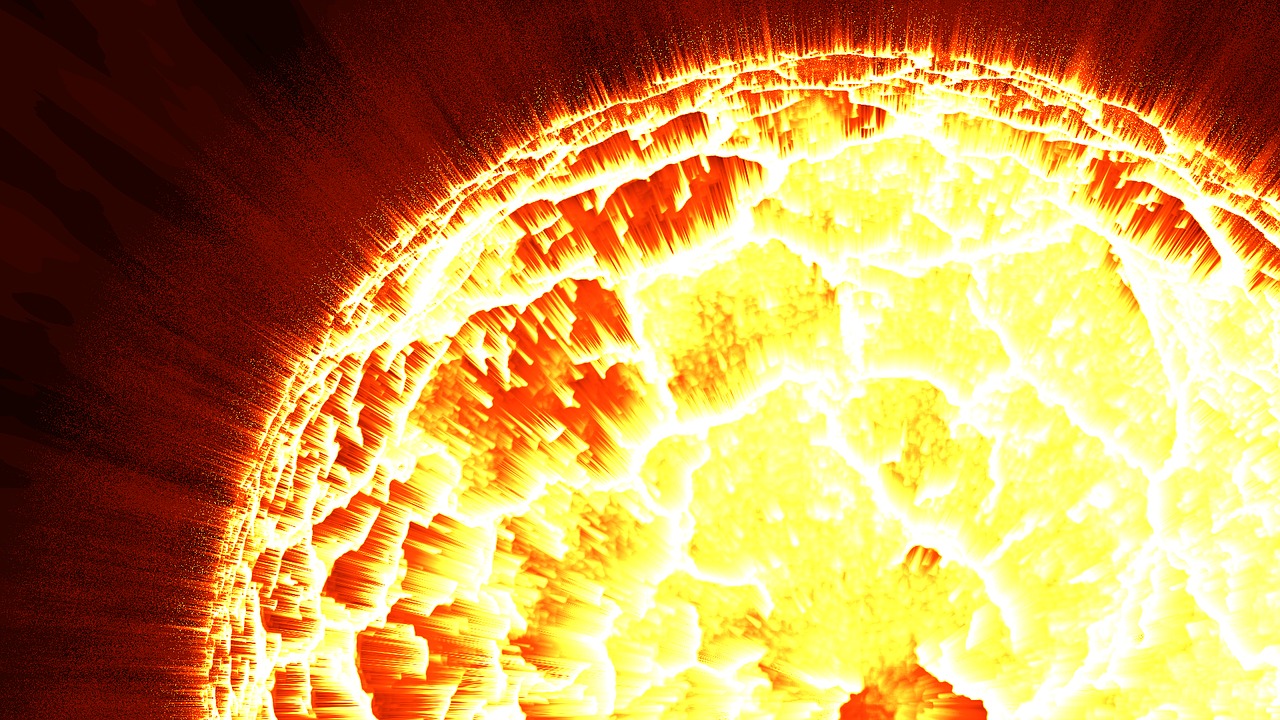 How would you feel if someone pointed a loaded gun at you? Well, that is essentially what our entire planet is facing at this moment. An absolutely enormous sunspot is currently pointing directly at Earth, and it has just developed a delta-class magnetic field. We are being warned that this sunspot has the potential to release an X-class flare, and that would be really bad news, because such flares are often associated with coronal mass ejections. If a large enough coronal mass ejection came directly toward our planet, we could see another “Carrington Event”. In such a scenario, our power grids would be fried, trillions of dollars worth of damage would be caused, and society would instantly go completely and utterly haywire.

So let us hope that such a thing does not take place any time soon.

It is being reported that a sunspot known as AR3089 that is pointing right at us has just developed a “delta-class magnetic field”, and that means that it now has the potential to produce X-class flares…

A giant sunspot may be about to erupt, sending out the most powerful form of solar flares growing for days.

Sunspot AR3089, which is facing towards the Earth, has now developed a delta-class magnetic field, meaning that it has built up enough energy that it may release X-class solar flares.

But that doesn’t mean that we will actually see any X-class flares.

At this point, the NOAA is insisting that there is still only a 5 percent chance that this will actually happen…

According to National Oceanic and Atmospheric Administration (NOAA), there is around a five percent chance that the sunspot will release an X-class flare. If it does, the flare may trigger a powerful geomagnetic storm in the Earth’s atmosphere, possibly resulting in damage to infrastructure and electromagnetic communication systems.

A one out of 20 chance may not seem like a lot, but if we get unlucky the consequences could be absolutely catastrophic.

Solar flares are classified as either C-class, M-class or X-class.

C-class flares are not strong enough to cause problems for us.

M-class flares can cause minor geomagnetic storms, but most of the time they are not really noteworthy.

But X-class flares are an entirely different matter.

And then come the X-class flares. Although X is the last letter, there are flares more than 10 times the power of an X1, so X-class flares can go higher than 9. The most powerful flare measured with modern methods was in 2003, during the last solar maximum, and it was so powerful that it overloaded the sensors measuring it. The sensors cut out at X28.

Solar flares are relatively common events, but the flare that set off the ‘Carrington Event’ on Sept. 1, 1859 was anything but common.

It was then that an English astronomer, Richard Carrington, noticed a bright spot on the sun.

This particular flare was more impactful because it was joined by what’s called a coronal mass ejection or CME. This is when a large concentration of plasma shoots out and, in this case, it was in Earth’s direction.

Scientists have warned us over and over again that it is just a matter of time before another Carrington Event takes place.

Scientists think we barely escaped getting hit by one such huge storm that erupted from the sun in July 2012 that was at least as strong as the Carrington Event and could have cost over $2 trillion in damage. “The only difference is, it missed,” Daniel Baker, a space weather researcher at the University of Colorado, said a couple of years later.

If another “Carrington Event” were to happen in 2022, it would truly be a worldwide apocalyptic disaster…

Insurance company Lloyds of London investigated this very question and produced a report on the matter in 2013.

“In the more extreme end of the spectrum, a major space weather event on the scale of the Carrington Event could lead to power loss for a period of weeks or more,” one section reads.

“This would cause major disruption to transport, food supplies, emergency and hospital services amongst other things. For example, if pumping operations needed to be suspended that would quickly affect water and fuel supplies, sewage systems and flood defences. The absence of such fundamental services could lead to major and widespread social unrest, riots and theft with ramifications for the insurance industry and society in general.”

Others have warned that a large enough event could result in power grids being down all over the globe for many months.

And without power for an extended period of time, normal activity all over the world would come to a screeching halt.

In such a scenario, we wouldn’t just be dealing with an “economic collapse” of unprecedented scope. The truth is that we would be facing a full-blown societal meltdown as law and order disappeared across the globe.

Without power, there would be a breakdown of even the most essential services. Even if some stores decided to remain open and were selling things for cash, their shelves would go empty almost immediately.

Just think about what your community would look like if there was suddenly no power, no functioning computers and no Internet for the next several months.

And as I noted earlier, scientists have assured us that such a scenario will happen someday.

Hopefully we can avoid such a nightmare here in 2022. But the fact that this colossal sunspot is currently pointing right at our planet should deeply alarm all of us.

I have repeatedly warned my readers that we need to be watching the sun, because the sun has been behaving rather oddly in recent years.

We have all become deeply dependent on the high tech control grid that has been constructed all around us, but the sun could potentially take that away from us in a single moment.

So let us keep a very close eye on this sunspot, because it certainly has the potential to turn all of our lives completely upside down.