As an Australian firearms owner, in this age of global 24/7 news I constantly get to see how in the US news Gun Control proponents will constantly point to Australia as an example of the success of gun control and effective policy, whilst not having the slightest understanding of what our laws do, the consequences of gun control on Australians which leaves firearm owners effectively as second-class citizens. To aide those in the US (and anywhere else where firearms ownership is being increasingly politicised), I’ve collated some information as an actual firearms owner of what it’s like to live under the Australia Gun Control regime so you can arm yourself with facts the next time Australia is used as a shining beacon of firearms control success.

What exactly are gun laws in Australia

I’m not going to go into every single component of the laws, but here’s a rundown of the primary features of Gun Control in Australia.

Similar to the United States, firearms laws are set at the State level, with an additional layer of laws at the Federal level. With the States in Australia generally working closely together, there is only a small range of differences in laws between States, compared to the US.

To own any firearm in Australia you are required to apply for a firearms licence. Licences are broken up into several classes which you can qualify (each State has slightly different variations for names/categories), which are segmented into types of firearms – rimfire, centrefire, semi-automatic/pump action shotguns etc. A separate and more onerous class of licence is required for pistols which requires proof of ongoing membership within clubs, attendance of events and restrictions on the number of calibres of pistols owned at a time.

The application process is intentionally drawn out, with paperwork taking several months to be ‘processed’ (read: sit in a tray indefinitely). Should you pass the relevant background checks, training courses complete and fees paid, you can then apply to buy your first firearm. Each firearm purchase also requires approval and registration with the police – with the owner having to provide a justification of why they need to own the firearm. (and no, self-defence is explicitly noted as not a legal justification) You will be restricted with your options for firearms depending on what State you live in, with huge restrictions and effective bans for most of the population on many types of firearms including semi-automatics, automatic rifles, pump action shotguns, smaller framed pistols and a wide range individual firearms which the police have classified as unacceptable. (the common theme being anything scary looking, but can also include such benign things as many types of air rifles and even many children’s toys)

Coronavirus is Killing 50% MORE People EVERY DAY! Track it here… – Death by Death, Track the Spread of the Coronavirus Here

You are required by law to store your firearms with a safe – with laws differing slightly by State but in general you will need to have this mounted to the floor and walls of your home. The police can and will decide to inspect your property at their discretion to check the safe and its contents – but I’ll go into that more later.

In using your firearm you’ll either need to stick to the firing range or if you’re lucky on your or a friends rural property – but don’t upset your neighbours. Laws regarding the usage of firearms here mean that if you ‘scare’ nearby individuals (which can be as little as them hearing a gun firing) can potentially lead to your firearms being seized.

These laws overall are the most benign frustrations for firearms owners in Australia – which may be surprising for US firearms owners who enjoy much more protection of their freedoms. I’ll outline now what I see as the even more insidious part of firearms and laws on defence in Australia at this time which have come hand in hand with gun control. 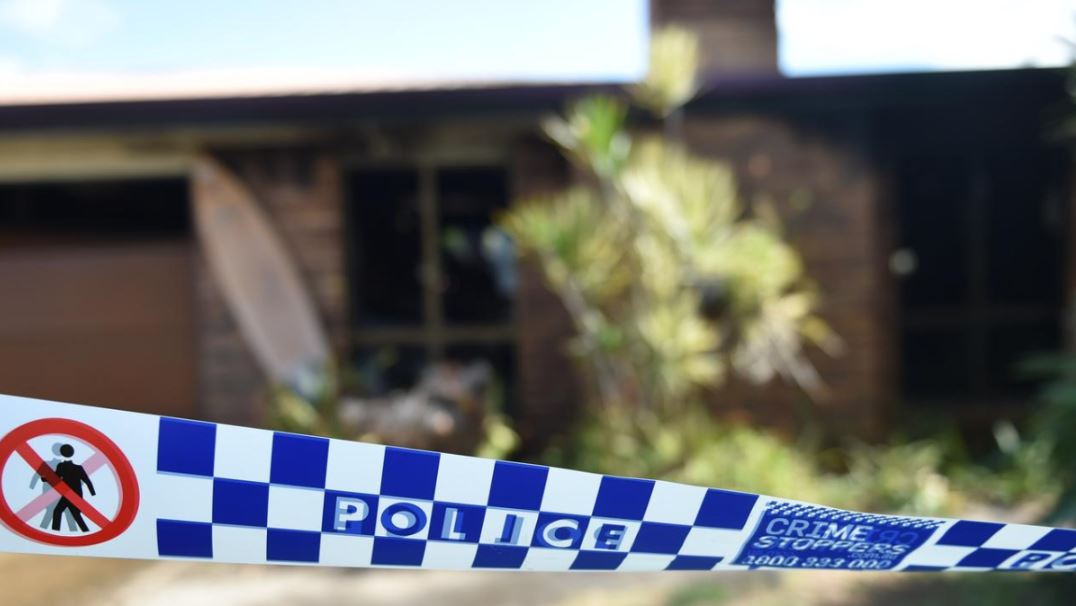 Self Defence? Only if you want to give the criminal the advantage.

Every State and Territory in Australia has provisions to allow for self-defence in varying degrees with some States in particular give reasonable protections which allow escalating force if someone is on your property etc. Sounds pretty reasonable? Not exactly. These self-defence provisions are only enforceable if you do not use a firearm (or other banned/restricted self-defence devices). If you use a firearm to defend yourself, your family or your property you’re likely to instead see yourself having your firearms seized, firearms licenced cancelled and a strong likelihood of criminal prosecution put against you.

This isn’t based off speculation either – we’ve had this happen repeatedly to legal firearms owners in Australia. In 2017 is a prime example – where a farmer used an unloaded .22 rifle to defend his young family from an intruder who was under the influence of drugs and wielding a knife. For his efforts to defend his family, his firearms were confiscated by the police and restrictions put on his wife’s licence denying her the ability to keep her own firearms on their property. Thankfully due to strong community push back and lobbying by the industry, David Dunstan was able to have his firearms returned. Unfortunately that end result isn’t the case for everyone however with David being fortunate to have not pointed the firearm at the intruder or firing any rounds making it easier to make the case against criminal prosecution for his efforts – those who have to defend themselves and use their firearms are more likely to potentially see jail time.

How Dangerous are Thousands of People in One Place with Guns? Not Very… Read More – THOUSANDS and THOUSANDS of Guns at Virginia Rally and Not a Single Person Shot. Meanwhile… in Chicago

This absurdity means that under the gun control environment in Australia, if an armed intruder entered your home whilst you were in the middle of getting ready for a day at the range and firearm in hand, that you would be required to put down said firearm and instead face a significant disadvantage at protecting your life.

This extends to beyond firearms now in Australia, with almost every jurisdiction making it illegal to own pepper spray/mace/stun guns/tasers – leaving our most vulnerable at extreme risk of physical harm.

Firearms owners can receive visits from the police and are legally required to provide access to their home to inspect their safe and firearms. In some States this can be without any notice given and anecdotally there’s even cases showing the lack of discretion of police entering properties during children’s birthdays to conduct inspections, causing confusion and distress to those at the home. No misconduct, illegal activity or warrant is required for these ‘inspections’. Certain individuals can receive repeated inspections with no justification, whilst other firearms owners never being inspected.

Not home when the police come to inspect? There have been reports of family members being asked if they know the location of the keys to open the safe so they can inspect the firearms whilst the owner is gone. If the family members comply with the Police then they seize the firearms, rescind the owners licence and prosecute for ‘unsafe storage’. (under legislation it is deemed unsafe if anyone other than the licenced owner can access the safe – that includes any family members)

Certain States in Australia in recent times have expanded their lists of classes of people who could be determined to not meet the requirements of being a ‘fit and proper person’ for the purposes of owning a firearm. This list is too large to list, however there are some stand outs. Anyone convicted with drink driving or any amount of drugs within their system whilst driving can potentially have their firearms licence revoked and firearms seized. There is no need for you to have your firearms on your person whilst under the influence at all and it’s at the discretion of the police how this could be interpreted and enforced – leaving large tool for restricting the ownership of firearms for Australians.

Want to Know Exactly What is Happening with Coronavirus? Tough! They are Lying to You! Read More – Coronavirus and the Dangers of Fake News – Someone is Lying to You [Updated Sun 26th, Evening]

Doctor-patient confidentiality? Not quite.

Health practitioners are either required or encouraged by law (dependent on what State) to breach doctor patient confidentiality by law to inform the government if a patient is suffering from a mental or physical illness or they believe it likely the patient may consider self-harm or harm to others. This is used to provide a means for the police to remove firearms from the owner. Whilst many could try argue the logic or ‘reasonableness’ of this mechanism, the discretion and fear of failing to report can lead to scenarios where individuals who might be seeking assistance for a mild temporary issue (the loss of a loved one, divorce etc) can have the situation compounded by having their firearms taken away. This can impact their ability to participate in their local sport, perform their required work (farmers etc) and exposes what is effectively a private matter to strangers, which could provide real mental distress to the individual.

Restrictions on firearms are often based on looks, not function.

Proponents of Gun Control will often state that their policy proposals will be based on logic, reason and only attempt to make reforms which will remove the ‘most dangerous’ firearms from the public. The reality in Australia has instead seen absurd restrictions placed on individual firearms, types of firearms and even classifying toys as firearms.

Think You Know Everything About Benghazi? You don’t. – There’s more to the Benghazi cover-up… a WHOLE LOT MORE

There’s a multitude of other consistent breaches in liberty that Australian firearms owners put up with on a daily basis, but I believe these are the core issues that point out the deceptive referencing of the success of “Australian Gun Control laws”. Locally the same original Gun Control advocacy groups continue to exist and attempt to have firearms restricted until they are completely banned in Australia – showing that appeasement continues to be a failed concept that shouldn’t be entertained.

I hope this helps you the next time you come across someone trying to promote the rolling back of your Second Amendment freedoms.

“An unarmed man can only flee from evil, and evil is not overcome by fleeing from it.”

This letter was provided to GunHub by an anonymous source.