(Natural News) The South Korean government is currently offering free flu vaccines to 19 million people across the country. The Korean Medical Association has deduced that the flu vaccine could potentially offset complications from covid-19, promising to keep people healthy and out of the hospital. This same theory (that a flu shot would stop covid-19) was peddled by the New York Times in March 2020.

Now the head of the Korean Medical Association is trying to halt the flu shot drive because twenty-five citizens were pronounced DEAD after taking the vaccine. The victims came from all age groups and include a 17-year-old boy and a man in his 70s. Because vaccine makers enjoy legal immunity, the human sacrifice ritual will go on and any problems will be swept under the rug and deemed “necessary” for the greater good.

This same vaccination drive was previously suspended for three weeks, after South Korean health officials found that five million doses were being transported without proper refrigeration. This massive lot of vaccines, improperly stored, put countless citizens at risk. The vaccination campaign ultimately resumed on October 13. In just one week, the vaccine had already claimed the lives of two dozen people.

Choi Dae-zip, president of the Korean Medical Association requested to halt the flu shot campaign, but Korean health authorities (and other blind worshipers of vaccine ‘science’) are trying to claim that the deaths were probably not related to the vaccine. “The number of deaths has increased, but our team sees low possibility that the deaths resulted from the shots,” said Jeong Eun-kyeong, director of the Korea Disease Control and Prevention Agency.

Health Minister Park Neung-hoo told Parliament that the vaccine program will continue despite the deaths and public safety concerns. After resuming, at least three hundred and fifty more people have come down with severe reactions to the shots.

A 2015 study investigated deaths reported to the Vaccine Adverse Event’s Reporting System (VAERS) in the United States from 1997 to 2013. The researchers studied the cause of death and found that 51.4 percent of all vaccine-induced deaths in adults were caused by inactivated in?uenza vaccines. The flu vaccine remains the most ineffective vaccine on the market, with the largest number of adverse events reported to VAERS.

For children, the prognosis is just as bleak. A study published in the Thoracic Society found that children vaccinated with the inactivated flu vaccine are three times more likely than their non-vaccinated peers to be hospitalized with flu-like illness. These results were especially true for children with asthma.

A Department of Defense study, published in 2020, studied a phenomenon called virus interference among military personnel. The researchers found that influenza vaccination may increase the risk of the vaccine recipient succumbing to specific respiratory viruses, namely coronaviruses and metapneumovirus. When researchers examined the prevalence of non-influenza viruses specifically, the odds of both coronavirus and human metapneumovirus in vaccinated individuals were significantly higher when compared to non-vaccinated individuals. These results were corroborated in a study titled, Increased Risk of Non-influenza Respiratory Virus Infections Associated With Receipt of Inactivated Influenza Vaccine. The study confirmed that children vaccinated with the inactivated flu vaccine were 440 percent more likely to be infected with non-influenza respiratory viruses such as coronaviruses.

If stopping the spread of covid-19 is so important, with governments shutting down people’s businesses and suppressing their livelihoods, then why isn’t flu vaccine-induced coronavirus infection being studied in greater detail? Are we afraid to learn that new outbreaks of infectious disease are strategically created and accelerated via immune-suppression and the toxic science of vaccination?

As South Korea and other Nations go forward with mass vaccination campaigns, they ignore the reality that this liability-free product is exacerbating the pandemic, increasing hospitalization in children, and causing unnecessary deaths in all ages. If one shred of the energy and funds being devoted to vaccination campaigns was used to implement strategies that actually make the human immune system strong, then all these respiratory viruses would be the ones dying off. 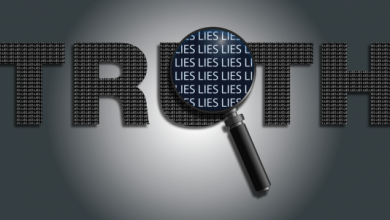 They Are Gaslighting Us! Nightmarish Inflation Is Already Here But The Fed Is Denying That It Even Exists 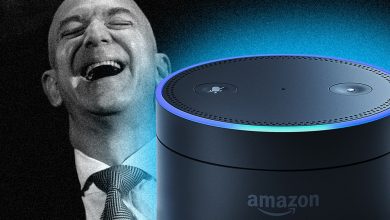 Bombshell: Google helped fund bioweapons development that led to the creation of covid-19

Why Are Large Numbers Of Birds Suddenly Dropping Dead In Multiple U.S. States?

First Transgender American Olympian: 'My Goal Is to Win the Olympics so I Can Burn a US Flag on the Podium'
June 24th, 2021 Flag And Cross
ELECTION RESULTS: Senate stays red while more Republicans added to House
June 24th, 2021 DC Clothesline

One Nation Under Greed: The Profit Incentives Driving the American Police State
June 24th, 2021 Sons of Liberty Media
Powered by WordPress RSS Feed Plugin
PowerInbox 5×1
You Might Like