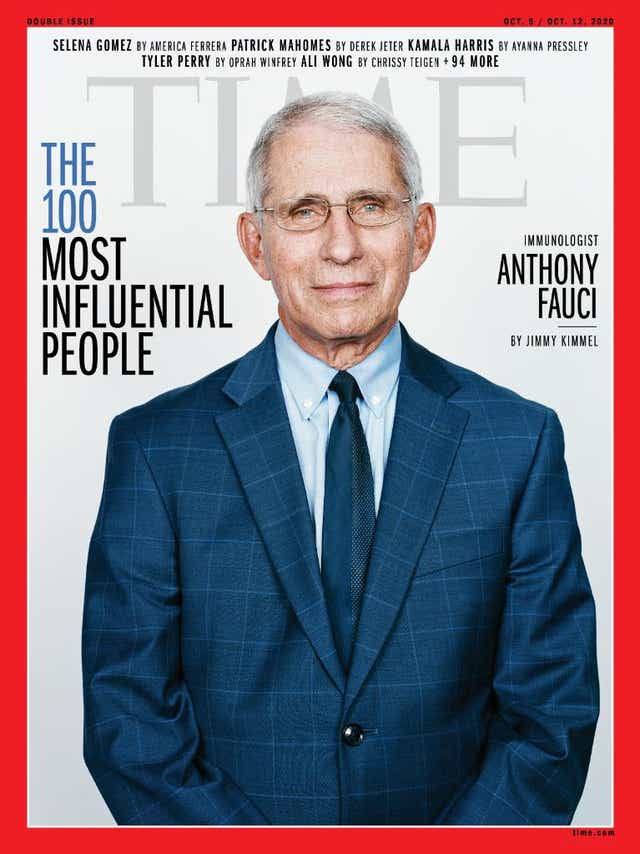 Time Magazine has once again outdone themselves by playing a very dangerous game with American freedoms from praising Transgenders, lesbians and sodomites to the likes of Black Lives Matter founders, to criminal Kamala Harris, treasonous Joe Biden, activist from the bench John Roberts to the loony and psychotic Nancy Pelosi. And who do you suppose they put on the front cover on the latest issue of Time’s 100 most influential? None other than the despised Anthony Fauci. You cannot make this up (Leviticus 18:22; Exodus 22:18; 1 Kings 13:33; Amos 5:7; Luke 22:48).

How can anyone with even the smallest sense of morality not see what is taking place here? They are clearly advocating what God clearly condemns. Yet, this is nothing new (Deuteronomy 25:1).

Anthony Fauci: The Most Despised Con-man On The Planet Is Being Hailed By Time Magazine As One Of The Most Influential…See How This Works

When we look to the standard, the Word of God, we can see as to what is being played out here right before our faces.

In other words, the powers that were tolerated would take the baser sorts such as liars, thieves, murderers, and cons and put them up as the standard in hopes that the people would emulate them (Isaiah 14:9-14).

All of this was done by ill-designing men to wield more control over the masses (Ephesians 4:14).

Oh, how these immoral criminals love to be praised and one another!

Jesus said, “And he said unto them, Ye are they which justify yourselves before men; but God knoweth your hearts: for that which is highly esteemed among men is abomination in the sight of God” (Luke 16:15).

Time Magazine has a long history of this sort of self-degrading, shameful and demeaning propaganda, along with the mainstream media (John 8:44).

Time has propped up the likes of war criminal and pedophile Henry Kissinger, tyrants and mass murderers Adolph Hitler, Joesph Stalin, Ayatollah Khomeini, and the treasonous foreign sodomite Barack Hussein Obama, as well as others.

So, you can rest assured that whatever Time Magazine puts up as praiseworthy, God and His Word is sure to condemn. Maybe this explains why 94% of the American people do not trust them!