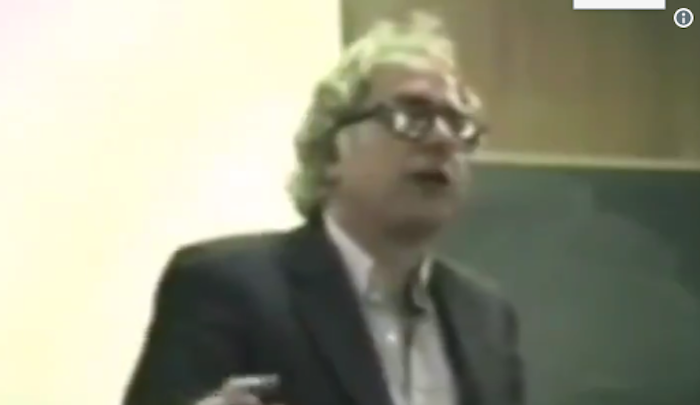 In this video from 1986, Sanders trashed President Kennedy, and described his “sick feeling” when Kennedy condemned communism in the 1960 presidential debate.

This evil radical must be exposed by all patriotic Americans, since the anti-American mainstream media will surely not expose him.

Sanders would bring America to its knees if he were elected. Rest assured that China, Russia, and Iran want Bernie Sanders to win in 2020.

Video: @BernieSanders, University of Vermont, 1986, recalls his excitement watching Castro’s revolution “rising up against the ugly rich people.” & his sick feeling watching JFK speak out against communism in Cuba.

Also bashes the @nytimes for lying about communism. pic.twitter.com/OUqzLFbsvz