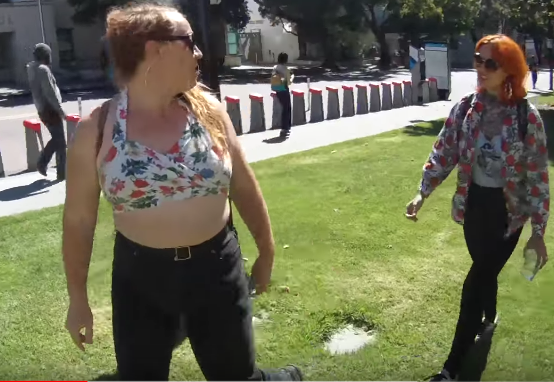 A Donald Trump supporter who was minding his own business during the “No For Marxism” rally on Sunday was assaulted by an alt-leftist and the entire attack was captured on camera.

During the assault, the hefty hate-filled hog beast appeared to swat down the ‘Make America Great Again’ hat wearing Trump supporter who had his mouth taped shut in protest.

A piece of duct tape placed horizontally over the man’s mouth had the word “silence” written on it.