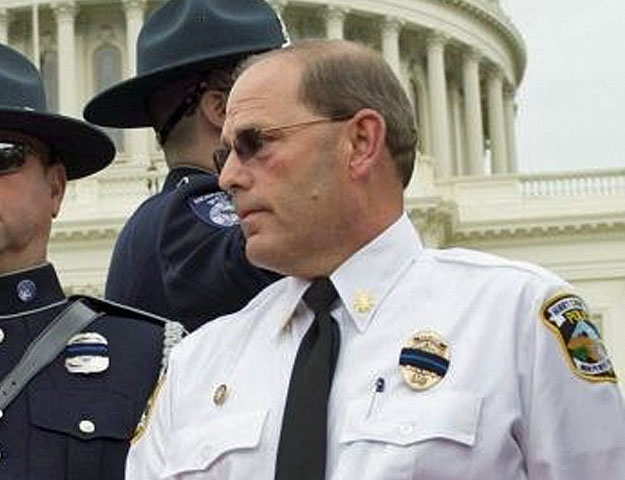 I have written previously that people should keep their eyes on what they perceive as a pro-Second Amendment president and his administration, especially after claiming to drain the swamp while filling his cabinet and advisors with swamp creatures. When it comes to guns and the rights of gun owners, we’ve also seen the current administration call for unconstitutional red flag laws, and illegally and unconstitutionally ban bump stocks ex post facto, causing business owners to lose thousands of dollars and individuals to be considered criminals. First, there was the nomination and confirmation of pro-gun confiscator William Barr to the attorney general position. Now, President Trump is moving those chess pieces into place with a pro-gun confiscating nomination as the director of the unconstitutional agency known as the Bureau of Alcohol, Tobacco, Firearms and Explosives (ATF). Is America being deceived and is full blown gun confiscation just right around the corner?

The word of the nomination of pro-gun confiscator Chuck Canterbury, who is part of the same kind of swamp that we all despise as President of the National Fraternal Order Of Police, to be the next ATF director came on Friday afternoon.

They always drop the big news late Friday because no one is paying attention over the weekend.

In a letter sent out to members and supporters of the National Association for Gun Rights, President Dudley Brown wrote:

In his official capacity as President of the National Fraternal Order of Police, Canterbury has:

Even more troubling, Canterbury’s FOP is currently lobbying AGAINST Constitutional Carry, even though the vast majority of law enforcement officers support the right to carry. 4,5

This is troubling news.

As Director of the ATF, Canterbury will have broad authority over firearms regulations in the United States and his record doesn’t bode well at all for law-abiding gun owners.

We need an ATF Director who wants to tear down gun control, not expand it.

“He even testified on behalf of Obama-era Attorney General Eric Holder – the man responsible for the deadly Fast and Furious gun running program,” Brown added.

The references that Brown provided were as follows for his previous statements.

Consider that I warned you prior to the confirmation of William Barr:

While hearings for the position took place in 1991, Barr said:

On the assault weapon front, the proposal before us is the DeConcini amendment. And I think … I would support both the Brady Bill waiting period and the DeConcini [semi-auto ban] amendment, provided that they were parts of a broader and more comprehensive crime bill that included … very tough provisions on the use of firearms in crimes and illegal purchase and trading in firearms…

Barr endorsed both the Brady Check portion of the Brady Bill and the semi-auto ban, although he did express a preference for magazine bans: “I would prefer a limitation on the clip [sic] size.”

And where does Barr get his authority for such things? I can tell you it isn’t in the US Constitution. He would usurp that authority.

I wouldn’t be surprised if, during the hearings, Barr defends his past support for gun control by reiterating what he said in 1991.

That is, he supported firearms restrictions as part of a grand bargain to get several “tough on crime” provisions.

But that excuse is not going to fly with the pro-gun community. Because our rights are protected by the Constitution and they can’t be bargained away or negotiated.

Barr might also say his support for gun control was “pre-Heller” — as if that really makes a difference.

If that is Barr’s excuse, then that just means Barr believes that outlawing a large category of firearms is “okey-dokey” if it’s alright with the Supreme Court.

Either way, these excuses won’t fly.

Look, I realize that someone’s views can change in 20-plus years.

Criminologists like Dr. Gary Kleck have changed their views on gun control.

In other words, there are lots of people who eventually wise up and “see the light.”

As for Barr, we don’t have any recent statements from him on gun control (pro or con).

But unless Barr can publicly renounce his previous views on gun control and publicly oppose the positions advocated by his boss-to-be — by taking a firm and unequivocal stand against Red Flag Gun Confiscation Orders — then we’re calling on the Senate to reject his nomination.

So, while you have your eyes on the southern border, and now your eyes are being directed to the Middle East as Trump sends thousands of troops to the area despite telling us that he wanted to bring us home and end the endless wars, and Barr is running interference after the Mueller investigation, which will never bring about justice, the pieces are being put into place and a rabid set of unconstitutionally minded individuals are being put in key places.

Still think this isn’t by design?

The agenda is going forward, and it doesn’t matter who is sitting in the Oval Office.