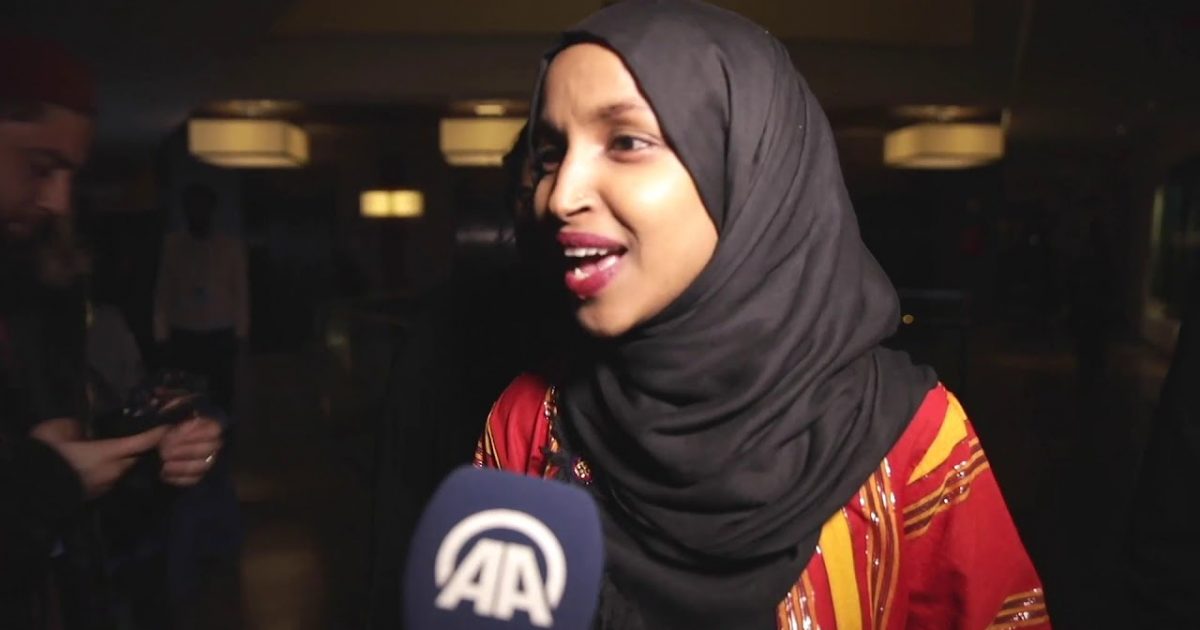 “It’s challenging,” the woman dubbed the “poster child” for the “red-green axis” said of living in an America in which Donald Trump is president.

“It’s an everyday assault. Every day, a part of your identity is threatened, demonized, and vilified. Trump is tapping into an ugly part of our society and freeing its ugliness. It’s been a challenge to try to figure out how to continue the inclusion; how to show up every day and make sure that people who identify with all the marginalized identities I carry, feel represented. It’s transitioning from the idea of constantly resisting to insisting in upholding the values we share – that this is a society that was built on the idea that you could start anew. And what that celebrates is immigrant heritage.”

Of course, neither the article nor Omar explained what she meant, and concluded with a discussion of the hijab, which Omar said “…means power, liberation, beauty, and resistance…”

Keep in mind this is the same Ilhan Omar who once said Trump is not a human being, asked a judge to give leniency to men attempting to join ISIS, blamed America for a terror attack in Kenya and caused outrage with her anti-Semitic statements.

Omar also told fellow Muslims at a CAIR gathering to “raise hell” and confront those who might look at them strangely.

In fact, there’s hardly a day that goes by without Omar making some kind of outlandish statement no one else could ever get away with.

So why live here? Why not relocate to a country more to her liking, such as her native Somalia, or Pakistan, or Saudi Arabia, or Iran? Or perhaps she would be proud to live in Gaza and participate in the “peaceful” border protest jihad. But of course, Omar isn’t going anywhere, and the Democrats have embraced her hatred of America. They have embraced and internalized it. It is part of what they are. The horror of the hate is very real, but we can be grateful that America is seeing this, hearing this, finally — the true face of the new Nazi party. The notoriously hard left enemedia has hidden the evil of the Democrat party for far too long. Scrub as they might, this is too evil to shroud.

The Washington Examiner said the 37-year-old Omar “immigrated to the U.S. in 1995 from Somalia as refugees, settling in Arlington, Va.”