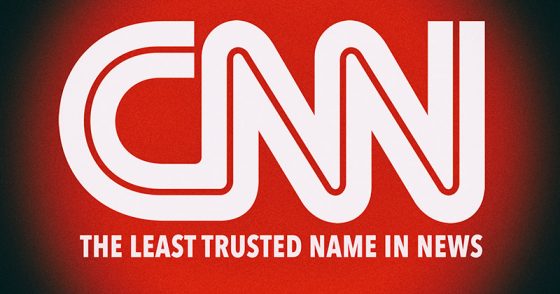 Some people have a new name for Thanksgiving, and CNN is promoting it.

Now in its 50th year, a custom called the National Day of Mourning involves a few hundred Native Americans and nonnative people gathering on Cole's Hill, overlooking Plymouth Rock, to consider Thanksgiving from the perspective of Native Americans https://t.co/wYrd7Wo9Xv

Happy Thanksgiving to you in the land your forefathers stole.

That’s the in-your-feast message Native Americans are preparing to send as they convene their 50th annual National Day of Mourning in the seaside town where the Pilgrims settled.https://t.co/Vw8mC4l0hc

#WhatLiberalsCallThanksgiving Well, many Natives, like myself, call it #nationaldayofmourning & as far as I'm concerned, if you don't like it, grab a ship back home and shove some crumpets up your bum and let us repair this land. pic.twitter.com/xYxHAgC2mY

Does that mean we get to keep Europe?

Here’s another new name for Thanksgiving:

Lauren Duca wants you to be rude to any white women who voted for the “atrocity of the Trump presidency.”

As a white woman, I remain horrified by the fact that 53% of white women voted for Trump.

If one of those white women will be at your Thanksgiving dinner table, read this: https://t.co/Kkq6NpQ7sp

Pointing this out doesn't make one "hateful." It's simply telling the truth,
something that's gotten loads of people killed throughout our history.

#WhatLiberalsCallThanksgiving Day to point out how hypocritical my conservative family is by naming all the federal programs they’re on while they complain about, “the blacks.”

Of course, that wicked white person is right: Blacks and Hispanics use welfare programs at much higher rates than whites.

When your high school friend brings up the constitution, remind him that he got a D in 9th grade civics. Ask your “all lives matter” cousin if he has had any luck getting his ‘97 Mitsubishi Eclipse pregnant. Shatter a glass for effect.

Holding our tongues got us where we are.

Want to upend your family’s comfortable, white supremacist vision of the First #Thanksgiving? Here are some resources that center the history of #Indigenous communities in North America. https://t.co/lmZbpsluxC

Let us end with a viral death threat that Twitter ignored (while censoring us.)

They were young once. They have parents. Many are parents, or will be. They have dreams. They have feelings. They have human bodies. They sleep. They get sick. They age.

And they still deserve to be shot.
That's very fucking important.

Note the number of likes. Later, the charming Wendel Schwab tweeted who the Nazis are: “They’re in the White House making policy and getting their sick, twisted ideology made into law.” Since they also presumably deserve to be shot, maybe the Department of Homeland Security can look into it (after it has finished urging social media companies to censor us.)