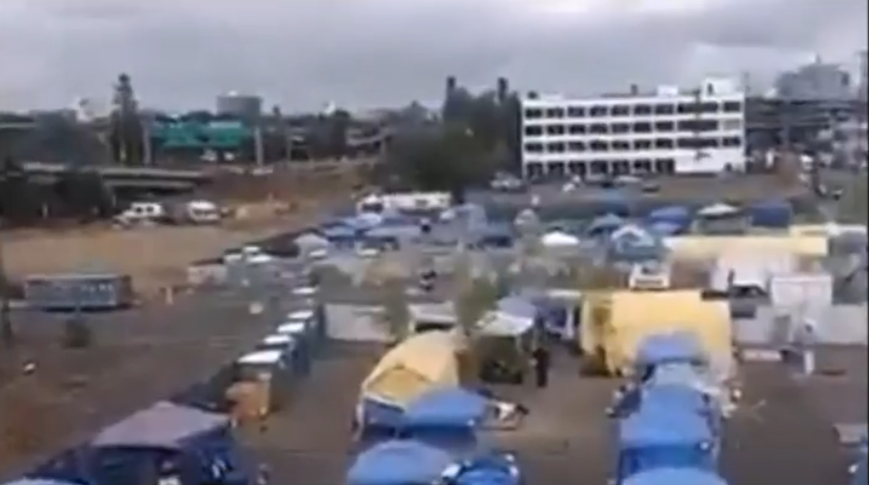 (Natural News) A shocking new video has surfaced that appears to show a tent city compound in Portland, Oregon, housing a large number of people who are descried as Antifa agitators who reportedly join in the nightly chaos and mayhem that’s systematically burning down the city of Portland.

According to the video, shown below, this tent city — described as a “war encampment” — is located between the Hawthorn bridge and Burnside Bridge in downtown Portland. The video shows the tent city consists of portable restrooms, emergency shelter structures, and what appear to be covered food service areas for serving food to the inhabitants.

The video creator explains that the tent city is funded by the City of Portland, but there is no evidence presented in the video that supports the funding claim. A privacy fence surrounds the compound, reportedly with a sign that says the location is an “art installation.”

PressCalifornia.com explains, “It is entirely funded by the city of Portland, with start-up costs priced at $214,097 and ongoing support for all three sites expected at $155,488 monthly, N.A.W.C. said.” 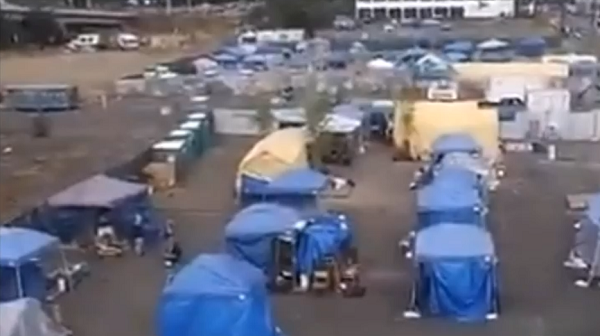 The YouTube channel of the original creator of this video is called “Never Alone With Christ.” The citizen journalist who captured this video says, “I was chased approximately four or five blocks by two men, one with a slingshot” after filming the video. (See Antifa.news for more news reports covering the Antifa terrorism movement.)

In this frame one of the agitators fires a slingshot at the citizen journalist: 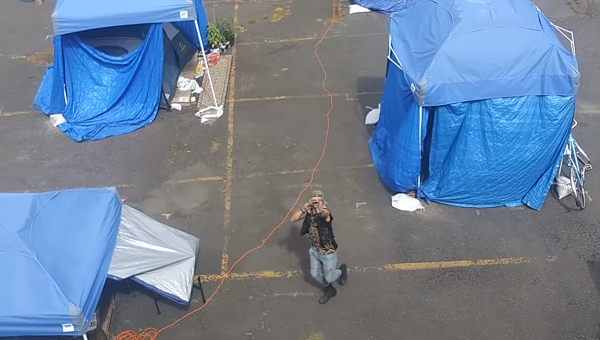 This frame shows that someone has paid to have standing heaters installed in the encampment, revealing the infrastructure is shockingly well-funded by someone: 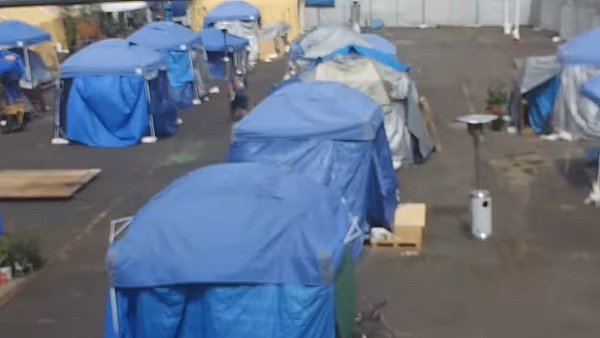 The inhabitants of this encampment appear to be easily agitated and willing to resort to violence to prevent anyone from filming their location.

Recent news reports have found that Antifa and Black Lives Matter terrorist operations across U.S. cities are being funded by an organization linked to the Biden campaign.

The Democrats’ plan is to cause so much chaos that November elections may be impossible to hold, then try to overthrow the United States government and remove Trump from office by force.

I explain the full details of this insidious, criminal plan in the following podcast:

Be sure to also download my free nine-hour audio book, the Global Reset Survival Guide, at GlobalReset.news.