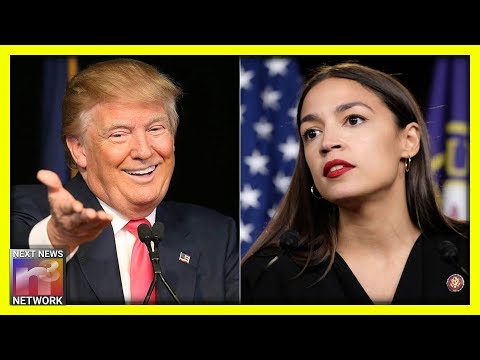 AOC seems intent on digging her own grave at this point.

Why can’t this woman keep her big mouth shut?

Here’s the latest from Gary:

Where would Americans rather call home?

The wide-open fields she was filming?

Or the infested voting districts that she is trying to give more power to?

Someone needs to explain to AOC that the electoral college gives MORE power to massive rat-infested hellholes and less to tiny little farm towns.

It is based on POPULATION, AOC.

The freshman lawmaker posted a sarcastic video to social media, offering commentary as she drove by empty fields in an effort to delegitimize the importance of the Electoral College and, as a consequence, the Americans it gives a voice to.

“Alright everyone it’s been a minute. We’re coming to you live from the Electoral College,” she said, with the video panning to empty plainlands.

“Many votes here, as you can see. Very efficient way to choose leadership of the country. I mean, I can’t think of any other way. Can you?” she sarcastically asked.

.@AOC: We're coming to you live from the Electoral College – many votes here, as you can see. 😂😂😂 pic.twitter.com/7FVW2H7fZ5

Ocasio-Cortez followed up, writing, “To all the Republicans getting big mad bc the electoral college is, in fact, a scam:” followed by an article from the Intelligencer titled “Here’s Every Defense of the Electoral College – and Why They’re All Wrong.” She took shots at the Founding Fathers and argued that the U.S. “still” denies millions of Americans the right to vote, citing Puerto Ricans and “many folks released from prisons.”

Can anyone make any sense of this argument?

Now some states are trying to totally avoid using it

It’s all a war on Trump.

The founders are turning over in their graves.

The constitution was set up in a way that the people in large cities can not enforce their collective will and spread their misery upon the rest of us.

They do however have MORE people and do have MORE say.

As a middle-American I’d like to keep it that way.

It’s not broken so don’t fix it.

But if you really want to debate…

Maybe we should give small communities more votes to counteract the power that hellholes have upon determining the outcome of elections:

Do we really want voters in those districts to ruin Middle-America?

No, but the system is fair and NOT broken.

If you want more electoral votes then you must convince more people to move to your rat, feces, disease and maggot-infested hellholes, AOC.

Good luck with that. 🙂