America wants to know… is AOC on drugs?

Or is she just actually getting dumber because of the people she now hangs out with?

Sometimes her logic is a bit hard to follow, but how she came to her latest conclusion is the stuff University studies are made of.

Forest Gump would shun this woman for her lack of mental acuity.

What in the hell is wrong with her?

Does she even know the history of eugenics?

It was a concept created by people in her own party.

And is still pushed today by the left, via things like abortion.

Socialist Rep. Alexandria Ocasio-Cortez (D-NY) declared during an interview on Tuesday afternoon that Democrats were at “the point of no return” on impeachment and that she believes that President Donald Trump “clearly believes in eugenics.”

“Yeah, I’m, well, clearly momentum is build[ing],” Ocasio-Cortez told Yahoo News. “We’re kind of knee-deep here in impeachment inquiry and so um, you know, at this point I think we’re beyond the question as to whether Trump has committed a crime or whether he has violated the Constitution.”

To this point, there has not been any evidence presented that the president committed any crimes, which multiple impeachment witnesses have testified to under oath, including Ambassador Marie Yovanovitch, Senior NSC official Tim Morrison, and Ambassador Kurt Volker.

“He has clearly engaged in extortion and bribery,” Ocasio-Cortez continued, apparently ignoring the testimony of those who have testified. “Question is, how many other people in this administration have been engaged in similar and who are implicated in this behavior and in this plot reap rather and I think that’s part of the question that we’re getting to the bottom of today.”

“It’s not just Trump, but who else is going to be implicated in this and so, you know, I think when it comes to what we’ve discovered, we’re at the point of no return and it’s just a question of how many crimes have been potentially committed and who else has committed them,” Ocasio-Cortez added.

Trump, if you do believe in eugenics, please have this woman put down. 😉

Is this the same AOC that admitted last week that the Democrats couldn’t beat Trump in 2020 and thus had to impeach him?

And now you expect us to forget what you admitted and buy into some Trump racist conspiracy theory while recognizing this impeachment as serious?

Shut up and go eat a cheeseburger AOC.

The protein deficiency is clearly eating away at your brain. 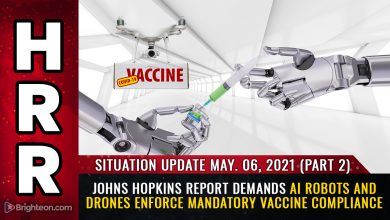 Whitmer threatens Michigan: Get vaccinated or stay locked down and masked forever 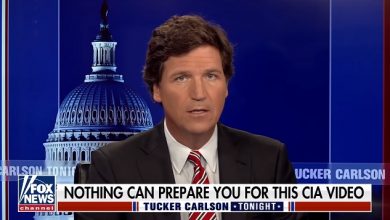