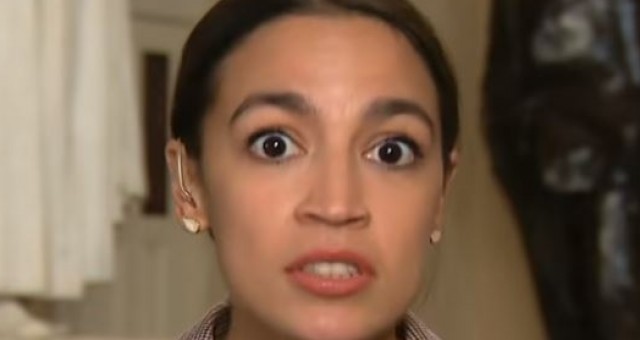 Ocasio-Cortez Keeps Asking If We’re ‘Ready For The Revolution,’ But America Is Already Experiencing One…Under Trump

When Rep. Alexandria Ocasio-Cortez (DS-N.Y.) isn’t trying to deny that she’s an abject socialist, she’s campaigning for one to become our next president.

AOC was at a campaign event over the weekend for the socialist’s communist, Sen. Bernie Sanders, because, obviously, of all the Democratic Leftists who are running, he’s the most socialist.

As she warmed up the tiny audience (c’mon — you’ve seen the kinds of crowds President Trump draws), she dropped one of her favorite questions: “Are you ready for the revolution??”

"Are we ready for the revolution?"

.@AOC revs up the crowd for @BernieSanders. pic.twitter.com/SxsCG2hLjE

When you’re in the company of selfish, perpetually angry Leftists, ‘revolution’ sure sounds good because it conjures up images of you finally going out and ‘getting’ (taking) ‘what’s yours’ — from someone else who actually earned it (because you’ve been brainwashed into believing you have an inherent right to property and goods that you didn’t earn, didn’t build, or create).

And let’s always keep this in mind: Ocasio-Cortez danced her way through Boston University to earn a degree in ‘economics’ and now advocates for an economic model historically adopted by tyrants and dictators.

Back to ‘the revolution’ — and the economy.

We’re actually living through a revolution as we speak, and it’s a good thing. And it’s thanks almost entirely to President Donald Trump.

Under his leadership, America has entered a renaissance. Our economy is growing (unlike it would under a President Sanders with bartenders like AOC in his Cabinet) and joblessness is so low it’s basically limited only to people who can’t work or simply refuse to do so.

Trade deals have been renegotiated and passed. Our biggest economic rival, China, has agreed to new, fairer trade measures after this president brought them to the negotiating table. More goodness to follow on that front.

With a simple message — “Make America Great Again” — Trump and Republicans have managed to accomplish what no president before him, save for Ronald Reagan, has managed to do: ‘Revolutionize’ our economy, energize our country, and give hope to our people after having it sapped from us following eight years of the Obama nightmare.

So while AOC and her socialist presidential benefactor attempt to conjure up a vision that is 100 percent in opposition to what America really is and will continue to be, President Trump’s revolution is changing hearts, minds, and souls in a way the little bartender from Queens could only dream about.

And as Trump’s popularity rises, it’s obvious which vision of America most of us support.

Hint: It’s not Bernie’s and it’s not AOC’s vision.