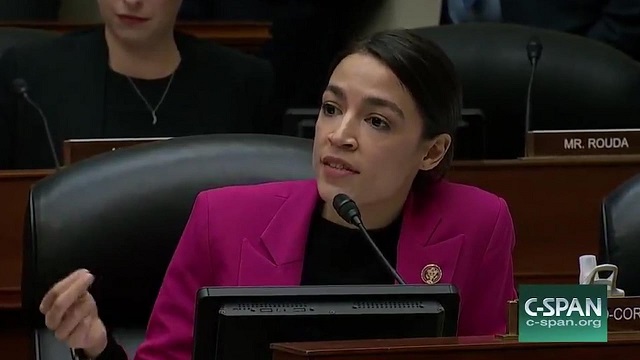 The mass shooting in heavily gun-controlled New Zealand on Friday was the fault of the NRA in America, at least that’s what Alexandria Ocasio-Cortez appears to believe.

The New York lawmaker condemned the fatal attack on Twitter, focusing her message on the American gun group.

“At 1st I thought of saying, ‘Imagine being told your house of faith isn’t safe anymore.’ But I couldn’t say ‘imagine,’” the lawmaker wrote, citing the deadly shootings at a Charleston, S.C., church, a Pittsburgh synagogue and a Sutherland Springs, Texas, church.

(“Thoughts and prayers” is reference to the NRA’s phrase used to deflect conversation away from policy change during tragedies. Not directed to PM Ardern, who I greatly admire.)

“What good are your thoughts & prayers when they don’t even keep the pews safe?” She added.

Ocasio-Cortez noted that “thoughts and prayers” is a reference to the NRA phrase she says is “used to deflect conversation away from policy change during tragedies.”

Was the NRA to blame for the Normandy church attack in 2016 where a group of knife-wielding Muslims filmed themselves beheading 84-year-old Father Jacques Hamel?

Some reports actually said the shooting was stopped by a Muslim with a gun, but let’s not let that get in the way of the left’s comically stupid narrative.

BREAKING: The New Zealand Herald reports that the shooting at the second mosque was stopped by an armed Muslim who "chased the shooters and fired two shots at them as they sped off." pic.twitter.com/BA2FzsXq2d