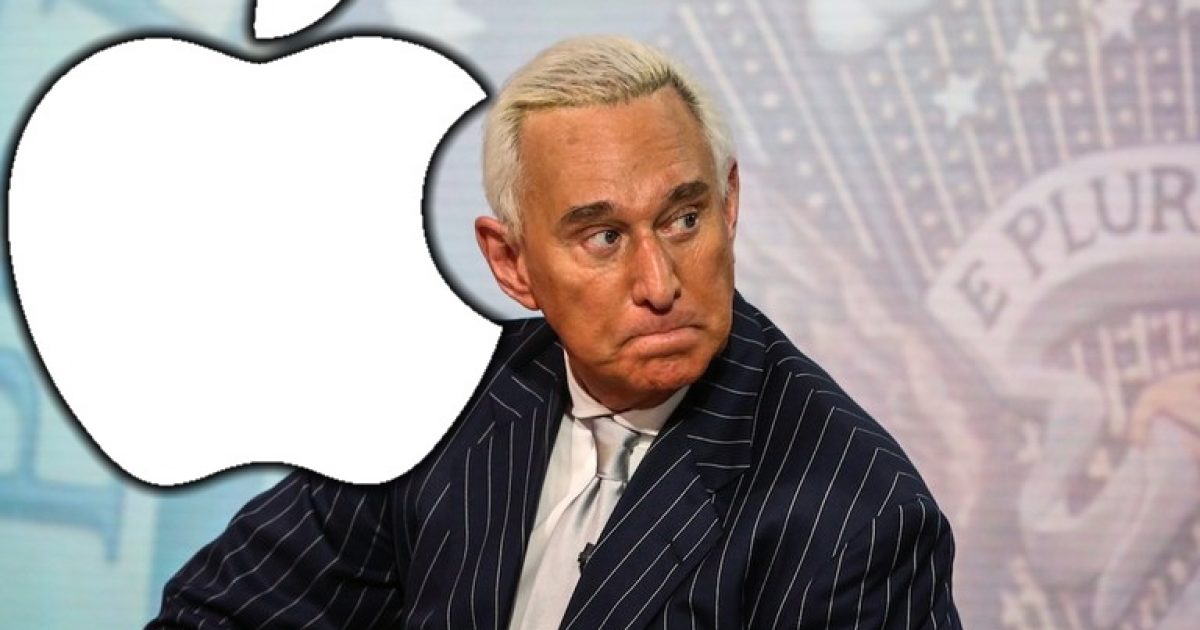 Editor’s Note: I guess we can say that Apple was not being American when it came to the San Bernardino jihadis, but covering for them. When an actual American needs those protections, they are all too willing to sell out. So much for Steve Jobs’ way of doing things. Apple: the new technological domestic enemy of Americans… and yes, I hope their stocks tank after this. Stop using icloud and any other products “in the cloud,” and create your own that stays in the privacy of your own home. Click here to start.

Traitors and totalitarians. We know that the social media giants have been at war with those who oppose jihad for quite some time, and are actively committed to banning and blocking counter-jihad accounts and imposing sharia blasphemy restrictions. But this is a step even farther. After touting defending the privacy rights of the San Bernardino jihad mass murderers, Apple turned on a dime and handed over access to all of Roger Stone’s data. This shows what they think is a worse crime: not jihad mass murder, but dissenting from the left’s agenda and supporting President Trump. Apple is evil.

Three years after Apple refused to give the federal government access to the devices used by the San Bernadino terrorists who killed and injured dozens in a mass shooting event, the company has given the office of the Special Counsel complete access to Trump advisor Roger Stone’s iCloud account, reports Apple Insider.

According to the Washington Post, Apple objected to giving the federal government backdoor access to the shooters iPhones, claiming it would “set a dangerous precedent.”

“From the beginning, we objected to the FBI’s demand that Apple build a backdoor into the
iPhone

because we believed it was wrong and would set a dangerous precedent. As a result of the government’s dismissal, neither of these occurred. This case should never have been brought.”

Fast forward to present, and we see that Apple no longer seems to have the same privacy concerns it once did in 2015. Without any fight, they simply turned over Roger Stone’s iCloud passwords and God knows what else because Orange Man Bad. The fact that Apple views a political persecution less of a hill to die on than protecting the rights of terrorists who killed and maimed dozens of Americans is quite telling.

“If allowed to stand, the order in Apple’s case would have forced company engineers to create software to disable a phone security feature so that the FBI could try its hand at unlocking the device by cracking a numeric password. Apple quickly resisted, arguing that forcing it to create such software would violate the company’s constitutional rights and weaken privacy for users around the world.”

Which makes us wonder… what exactly was Apple threatened with by Robert Mueller and the Office of the Special Counsel for them to abandon their firm stance against turning over user data and access to federal investigators? Surely they didn’t reason that two mass shooters were more deserving of their tough stand against government overreach and backdoor programs? There must be some explanation as to how they could give the federal government the power to access our privately held devices and accounts at will right?…