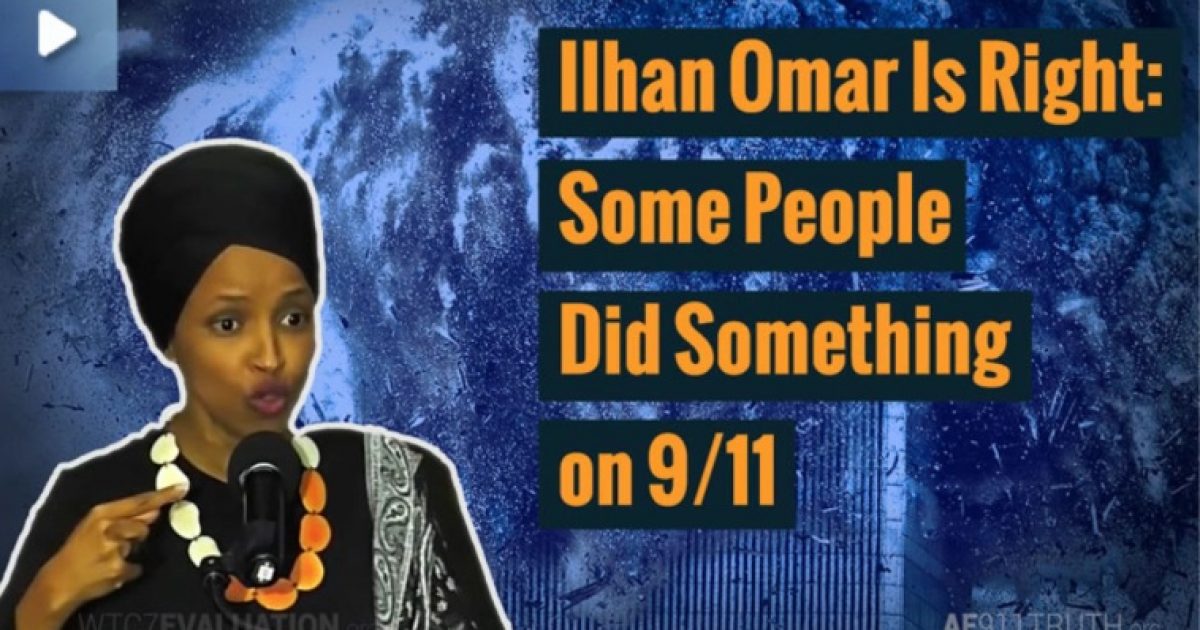 On the heels of Muslim Rep. Ilhan Omar’s comments about 9/11, in which she callously stated, “Some People, Did Something,” the Architects and Engineers for 9/11 Truth put out a video to remind people that even the mainstream media admitted that there appeared to be explosions in the Twin Towers before they fell. Though I have no problem believing Muslims were involved, I don’t think it was only Muslims… and neither does Architects and Engineers for 9/11 Truth.

Here’s Omar’s comments, just in case you’ve been under a rock for the past two weeks.

Following those comments, of course, President Donald Trump trolled her with the above video on Twitter. Other’s took her to task as well, while other Muslims came to Omar’s aid.

However, in all of this, while I think there is no doubt Muslims were involved, someone on the inside had to have aided them, and this is where A&E for 9/11 Truth come in.

A snippet from U.S. Representative Ilhan Omar’s recent speech at the Council on American-Islamic Relations, in which she referred to 9/11 by saying that “some people did something,” went viral last week. It triggered a torrent of manufactured outrage — including a tweet by President Donald Trump — claiming that she was trying to downplay the horror of 9/11 and resulting in death threats against her.

The underlying truth, which has been completely missed throughout the controversy, is that the public still doesn’t know exactly “who” did something on 9/11 and “what” that something was.

This video features some of the many reporters and anchors who brought us the story of “what” really happened on 9/11, before that story was suppressed. In order of appearance:

We encourage everyone to share this video widely and inject some reality into the debate surrounding Representative Omar’s remarks.

Muslims don’t even know they are the useful idiots in all of this. Once they have been used to overthrow American government, they will be eliminated. If you don’t believe me, look at what has been going on in the Middle East.

Meanwhile, just ahead of this video, not only has a grand jury determined there is evidence that explosives were used in the destruction of the Twin Towers, but also a filed lawsuit claims that the FBI knowingly hid evidence from Congress of explosives used in the Twin Towers. Can you say, “Robert Mueller,” anyone?