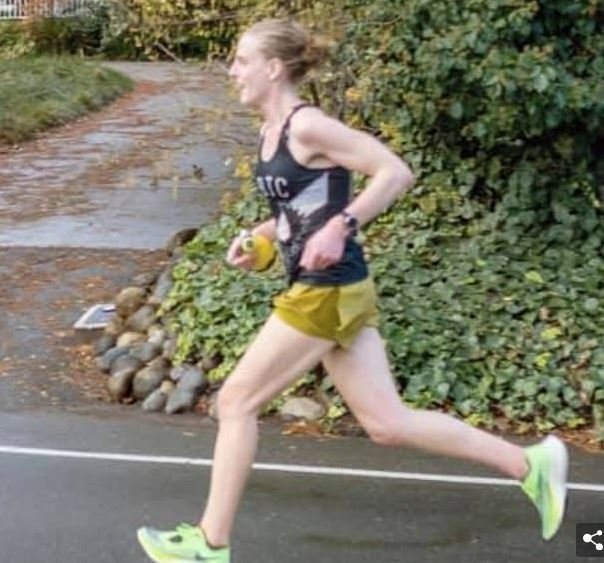 This is beyond embarrassing for our country and beyond unfair for a lot of young women.

A MAN has been invited to run against WOMEN and qualify to represent AMERICA in the Olympic Games.

You might want to digest that for a moment.

If he wins the trials and is allowed to participate in the Olympics, can’t you just already hear the chants of “USA! USA!” echoing through the stadium?

Tokyo will be rockin’ for sure.

Megan Youngren, a biologically male marathon runner who identifies as a transgender woman, is set to compete in the USA Olympic trials on Feb. 29.

“People will try to put it down by saying, ‘That’s too easy because you’re trans.’ But what about the 500 other women who will qualify?” Youngren told Sport Illustrated. “There’s probably someone with the exact same story.”

“I trained hard. I got lucky. I dodged injuries. I raced a lot, and it worked out for me. That’s the story for a lot of other people, too.”

At the local level in the U.S., some state lawmakers in Tennessee and Washington have decided to take preemptive action to keep school sports separated by biological sex and prevent biologically male students from dominating girls’ sports.

Megan Youngren is set to become the first transgender athlete to compete at the U.S. Olympic Marathon Trials https://t.co/myPtFcn11T

Here’s more from The Daily Caller…

June Eastwood, a biologically male runner at the University of Montana who identifies as transgender, was named the Big Sky Conference’s female athlete of the week in October 2019. Eastwood previously competed on the university’s men’s cross country team.

Two biologically male runners have dominated girls’ high school track in Connecticut, leading three of their female competitors to file a lawsuit against the athletic conference.

“Once a male body has gone through puberty, they have received the benefits. So the skeletal form, lung capacity, muscle density, the greater length of levers in their body, their muscle-to-weight ratio, their capacity to deal with dehydration much better, narrower hips, I mean you name it — they are physiologically designed differently than women,” she said.

Last year we had an interesting article about a high school girl who had her dreams crushed by transgender athletes.

How would you feel if it was YOUR daughter who was having her dreams ruined by male athletes competing in her sport?

To say that this is an isolated instance would be false.

This is happening all over the world.

And the more championships these MEN pile up, they just want MORE and are seeking to diversify.

That will be entertaining.

I don’t ever try to wish any human being ill, but a simple cramp or two, for Megan Youngren, might make a lot of people breathe a huge sigh of relief.

Leftists have really backed themselves into a corner with this issue.

Now it is their own children who have to accept the fact that Mom and Dad support a man beating them in athletic competition.

Hopefully this is the sort of thing that starts to wake our young people up.

Where is Tonya Harding when you need her?