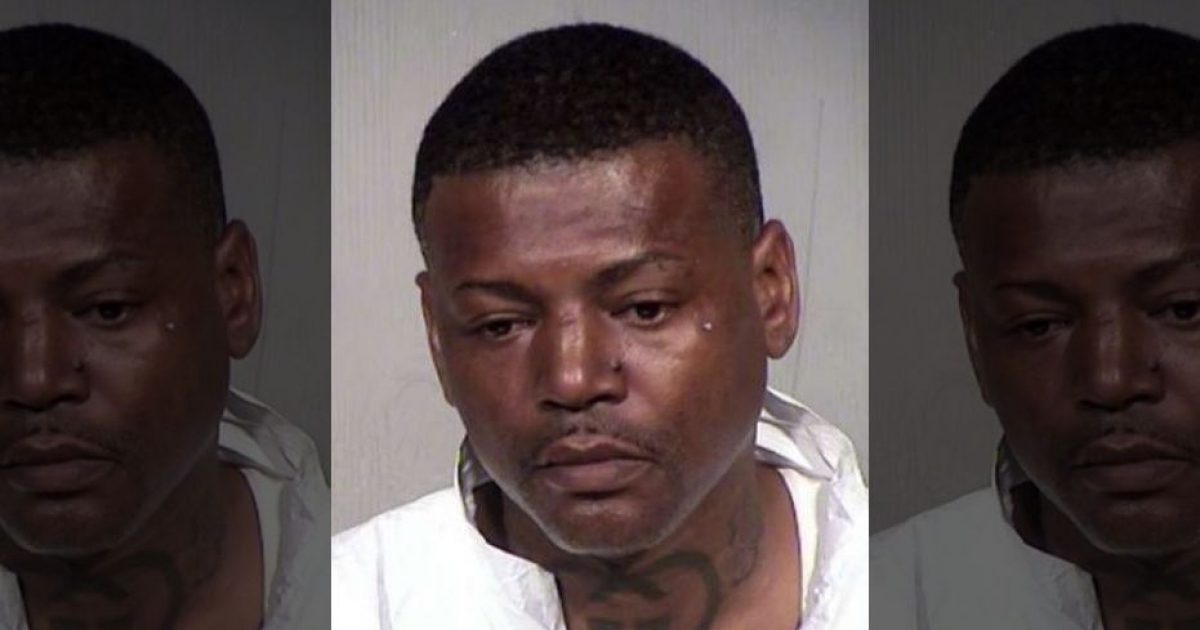 An Arizona man has been charged with second degree murder after he beat a man to death following the man following his daughter into the restroom at a convenience store and attempting to enter the bathroom stall she was in.

A Phoenix father is in jail after police say he killed a man who had just tried to get into a bathroom stall his daughter was using.

Melvin Harris, 40, is now facing a second-degree homicide charge for that man’s death.

Earlier this month she says Harris was picking up their 16-year-old daughter and two of her friends, who had all just gotten off work.

They asked to stop at the QuikTrip convenience store on 19th Avenue and Dunlap Avenue for a soda and a bathroom break.

That’s when Harris’ daughter says a man, whom police have identified as Leon Leevon Armstrong, came barging in, shaking the stall door trying to get to the teenager.

“The only thing that goes through my mind is, what would he have got in? (sic)” said Jackson.

According to court documents, Harris told the security guard to “take care of the situation, or he would do it himself.”

Why? Isn’t it obvious that if this man would do it with this man’s daughter that once off the hook, he would do it to another girl? Yes.

Apparently, the guard did nothing and Harris saw the man as they were driving away.

He confronted Armstrong and that when witnesses say that he hit, stomped and kicked the man repeatedly. However, he told police that the man swung at him first and denied hitting him when he was on the ground.

Armstrong was then was taken to the hospital where he died, having suffered brain swelling, a nasal fracture and loss of oxygen.

Harris fled the scene and was later arrested at his home.

“I would have done the same thing,” said Jackson. “I don’t feel bad at all for his actions. I feel bad that the man ended up dying in the process. I do.”

“But now he’s a criminal for protecting his child? That’s not fair. It’s not,” she said.

Armstrong had a criminal history of shoplifting, trespassing and obstructing police.

Now, I understand the frustration and the anger. I think had it been poured out on the man when it occurred, I would completely side with Harris, but there is a moment to give me pause and that is that first the security guard apparently did nothing to bring this man to justice and two, the confrontation happened after the incident. I would totally side with Harris if he had beat this man to death when he caught him in the restroom, but waiting till he was walking down the road seems to be something else, unless the man did swing at him first in an attempt to attack him. Then, I don’t feel any sympathy for Armstrong for being a criminal and Harris should be free to go.