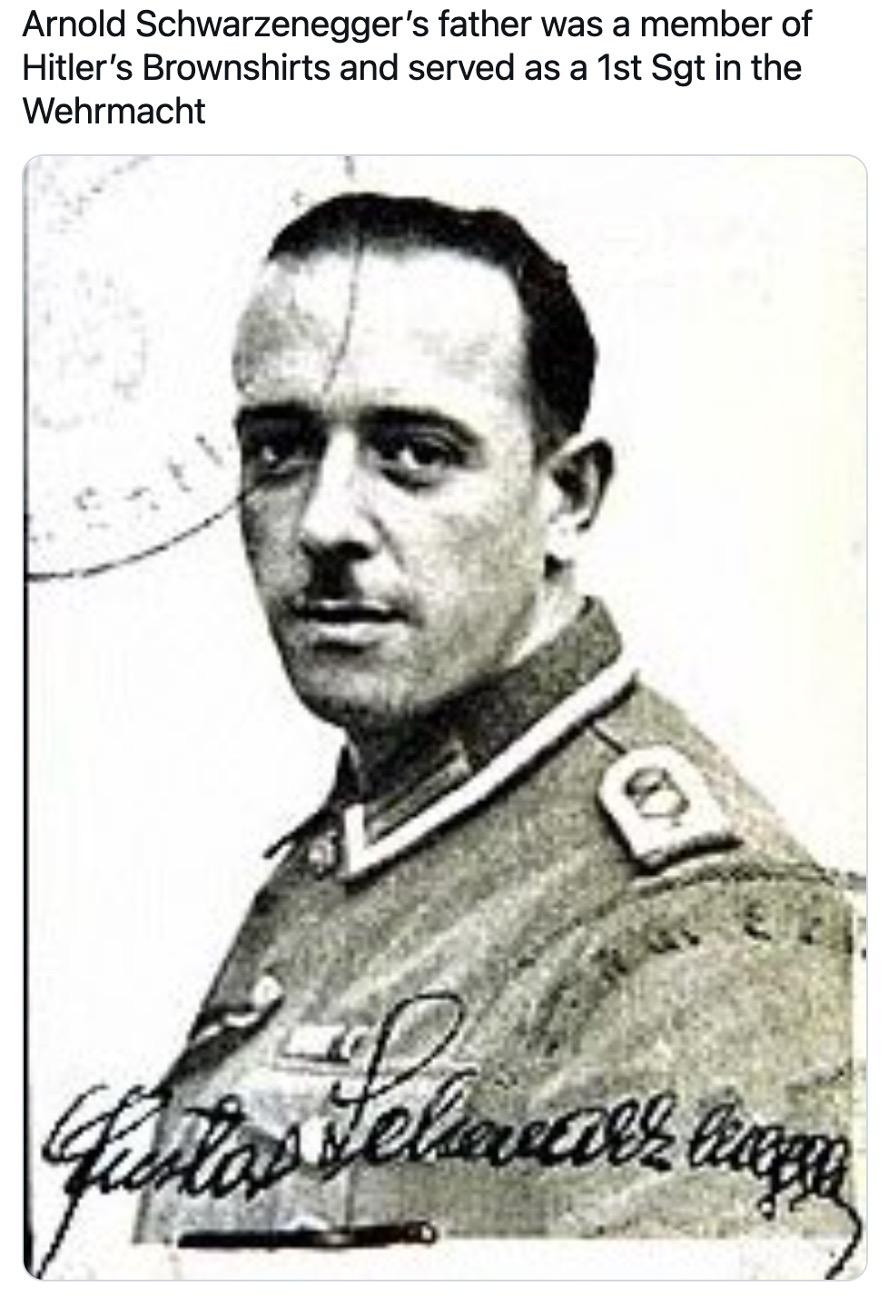 Over the last 3 years, this ministry has been spending much time explaining the parallels between Adolph Hitler’s Germany from the 1930s to that of America today (Ecclesiastes 1:9).

President Truman equated the CIA to the Gestapo: “I never would have agreed to the formulation of the Central Intelligence Agency back in forty-seven, if I had known it would become the American Gestapo.”

Operation Paperclip was a secret United States intelligence program in which more than 1,600 German scientists, engineers, and technicians were taken from former Nazi Germany to the U.S. for government employment after the end of World War II in Europe, between 1945 and 1959.

Then there is Operation Mockingbird.

Now, concerning the recent plandemic that we have been dealing with both here and abroad, The Jerusalem Post reported that Arnold Schwarzenegger, the son of a Gestapo Nazi, stated: “If you don’t get the covid vaccine, you’re aschmuck.”

Schwarzenegger addressed the assertion that masks and COVID vaccinations limit American freedoms saying that the US “began with a willingness to make personal sacrifices for the collective good.”

Iconic actor and the 38th Governor of California Arnold Schwarzenegger is standing by his assertion that if you do not get the coronavirus vaccination – “you’re a schmuck.”

Speaking to those who claim that coronavirus measures and regulations such as masking and vaccination are disturbing their freedom, Schwarzenegger said “you have the freedom to wear no mask. But if you exercise that freedom you’re a schmuck – because you’re supposed to protect your fellow Americans.”

Let’s consider first that we are hearing this come from an actor whose daddy was a member of the Gestapo under that of none other than mass murderer Adolph Hitler.
https://www.irishexaminer.com/lifestyle/arid-30110944.html

I tend to agree with journalist Jordan Schachtel who claimed on Twitter: “People with family ties to actual Nazis should think more before they speak.” Another journalist tweeted, “Arnold Schwarzenegger the son of a Nazi Sergeant and someone with way too many ties to other literally German WWII Nazi’s is telling everyone ‘screw your freedom.’”