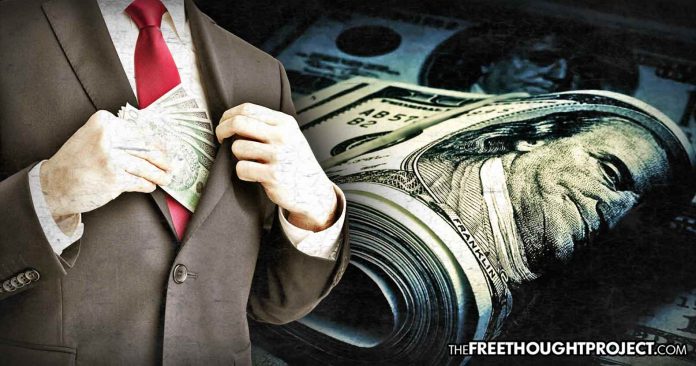 While politicians and mainstream media outlets obsess over President Trump’s recent press conference with Russian President Putin, the United State Treasury quietly announced that it will no longer force “dark-money” groups or certain tax-exempt organizations to disclose their financial donors.

While traditional charity groups must still disclose donors in order to receive tax-exempt donations, the change allows labor unions, nonprofits and issue advocacy groups to be free from being forced to adhere to confidential disclosure requirements.

In a statement praising the new rule, U.S. Treasury Secretary Steven Mnuchin said, “Americans shouldn’t be required to send the IRS information that it doesn’t need to effectively enforce our tax laws, and the IRS simply does not need tax returns with donor names and addresses to do its job in this area.”

Mnuchin attempted to paint the shift as a good thing by claiming that “it is important to emphasize that this change will in no way limit transparency.”

Senate Majority Leader Mitch McConnell insisted that the new rules will keep Americans from being “bullied for exercising their First Amendment rights,” alleging that individuals could be fired from their jobs or bullied if their political donations are made public.

However, Senator Jon Tester argued that “We need more transparency in our campaigns, not less,” and said he views the rules change as “unacceptable” and the description of “Washington at its worst.”

D.C. bureaucrats just changed the rules to allow some politically active non-profits to hide large contributions. This is unacceptable & Washington at its worst. I’ll keep fighting for transparency & to bring elections out of the darkness. #mtpol #mtsenhttps://t.co/NtQbcVk9aD

While some politicians have gone as far as to praise this move as a “win” for privacy, they are also applauding a change that will allow them to be less transparent with their constituents. As a report from Reuters noted, the change “protects the privacy of wealthy donors of ‘dark money’ donations to politically active groups.”

The announcement from the Treasury came on the same day that a Russian woman named Marina Butina was arrested and charged with “conspiracy to act as an agent for the Russian Federation” by building ties with the NRA and other political organizations.

Senator Ron Wyden criticized the timing of the move on Twitter, and claimed that the Treasury “has made it EASIER for anonymous foreign donors to funnel dark money into nonprofits THE SAME DAY a Russian national linked to the NRA was arrested for trying to influence our elections.”

🚨 Trump’s @USTreasury has made it EASIER for anonymous foreign donors to funnel dark money into nonprofits THE SAME DAY a Russian national linked to the @NRA was arrested for trying to influence our elections.

No matter an individual’s political stance, or beliefs on whether the Russian government tried to influence the 2016 election, the fact that the U.S. federal government appears to be acting in favor of those “dark money” donors is incredibly troubling.

However, even though the U.S. Treasury has essentially approved election meddling through secret financial donations, the mainstream media’s focus has remained on whether Trump should have met one-on-one with Putin, and on the 12 Russian officers who were indicted for alleged hacking—even though there is no proof that their actions were sponsored by the Russian government.

American taxpayers deserve to know who their elected officials are being funded by, and while it is not likely that those representatives will ever wear Nascar jackets with the names of their sponsors and corporate interests, it is disturbing that the federal government is moving to protect “dark money” donors, against the interest of transparency.

Courtesy of The Free Thought Project.