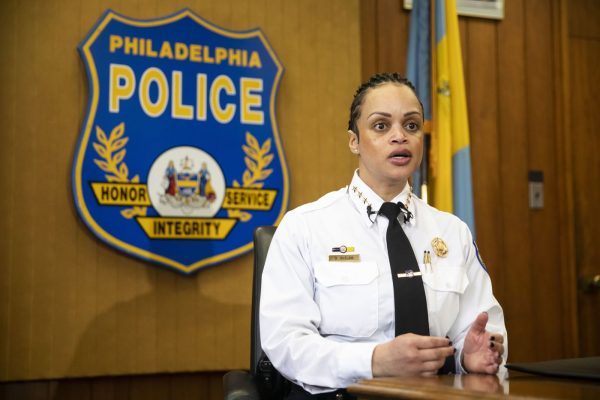 Homicides are up 26 percent in 2020 Philadelphia.

But this is of little concern to the new black female police commissioner of Philadelphia.

As the grotesquely corpulent black singer would sing, ” do my hair toss / Check my nails / Baby how you feelin’? / Feeling good as hell”… [New Philly Police Commissioner Danielle Outlaw is already making changes — starting with her fingernails, Philadelphia Inquirer, February 1, 2020]:

Danielle Outlaw, who took over Monday as Philadelphia’s new police commissioner, said the nail polish she wore this week had been among the last things on her mind on her first day on the job.

But while making the rounds and introducing herself to the troops, Outlaw said, people kept pointing out that her black nail polish technically violated the department’s directives on appearance.

So in one of her first official actions as top cop, Outlaw changed the rule to allow for more stylish nails. And during an interview Wednesday, one of her first since taking over, Outlaw — the first black woman to lead the 6,500-member department — said that although the action might have seemed narrow, it reflects the type of broader change she believes is needed in policing.

“It’s the small things that allow us to feel not only welcome but supported,” she said. “It’s one thing to recruit me and say, ‘Oh yes, we want you.’ But if there’s no support system in place to say, ‘Not only do [we] want you, but we celebrate you and we recognize that you bring [something] different,’ … we’re not going to get the people that we say that we want.”

She said minority communities have deeply rooted mistrust of police because the profession was conceived as slave patrols — groups who sought to control the behavior and movements of slaves — and added that “in some places, [police departments] might further that institutionalized and systemic racism that many people have experienced.”

But she also said most cops today “have nothing to do with” the actions of the past, and said they sign up for the job out of a genuine desire to serve.

This is not The Onion.

This is not Babylon Bee.

Aptly, it’s in the birthplace of liberty on this continent.Freedom failed.