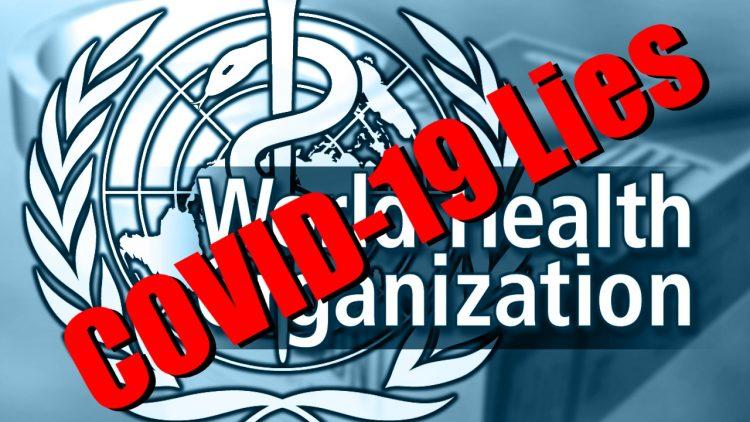 Natural News) In less than a month, the World Health Organization (WHO) will vote on whether or not to strip the United States and hundreds of other countries of their national sovereignty.

In alignment with the World Economic Forum’s (WEF) “Great Reset” agenda, the United Nations arm wants to enact a global “pandemic treaty” that would eliminate bodily autonomy and the right to make one’s own medical decisions.

The U.S. Constitution stands in the way of this agenda, as do the constitutions of many other countries. Because of this, the WHO World Health Assembly is convening on May 22 to vote on abolishing all nation-states and merging them into a global governance structure in which the WHO makes everyone’s medical decisions.

From May 22 through May 28, WHO officials will discuss the matter further. Minimal pushback is expected since all eyes have been forcefully shifted away from the Wuhan coronavirus (COVID-19) and towards the war in Ukraine.

The Pulse‘s Joe Martino interviewed Shabnam Palesa Mohamed, a member of the World Council for Health’s steering committee, who revealed that the WHO’s pandemic treaty will give the UN arm “an inordinate amount of power to make decisions in sovereign countries as to how people live and how they deal with pandemics, from lockdowns to mandates over treatment.”

In an open letter, the World Council for Health warned that countries will lose their sovereignty and be absorbed into the UN’s control matrix if the WHO gets its way.

“The proposed WHO agreement is unnecessary, and is a threat to sovereignty and inalienable rights,” the letter stated.

“It increases the WHO’s suffocating power to declare unjustified pandemics, impose dehumanizing lockdowns, and enforce expensive, unsafe, and ineffective treatments against the will of the people.”

As is usually the case with Marxist agendas, the WHO’s pandemic treaty treats all countries and all people groups exactly the same. It aims to apply a one-size-fits-all approach to public health, and of course, taxpayers will be forced to foot the bill for whatever the WHO decides is necessary to address a “threat.”

“Everyone will be on the same page and science will cater to GLOBAL political whims,” reported En-Volve.com. “It will cost millions of dollars or more and money will be laundered by them and their pickpockets. The WHO appears to want to push the treaty through quickly without public participation and input.”

Mohamed said much the same, calling the WHO’s pandemic threat “undemocratic” and “unconstitutional,” both of which render the treaty “invalid and unlawful” before it even arrives.

The WHO also has many “conflicts of interest,” Mohamed further warned. Some 13 different amendments to the proposal illustrate that, and none of them require two-thirds approval from the United States Senate as would normally be required.

“It’s not called a treaty,” Mohamed added. “It’s amending a treaty we are (already) a part of.”

A simple majority of the 194 WHO member nations is all it will take to pass these amendments. The U.S. will not be able to decide for itself, in other words, whether or not to pass them.

“If they are approved (as submitted by the United States) by a simple majority of the 194 member countries of the World Health Assembly countries, these amendments would enter into force as international law just six months later (November 2022),” warned En-Volve.com about how soon this could all transpire.

“The details of this are not crystal clear.”

The latest news about the WHO’s attempted takeover of global health and the elimination of national sovereignty can be found on Pandemic.news.