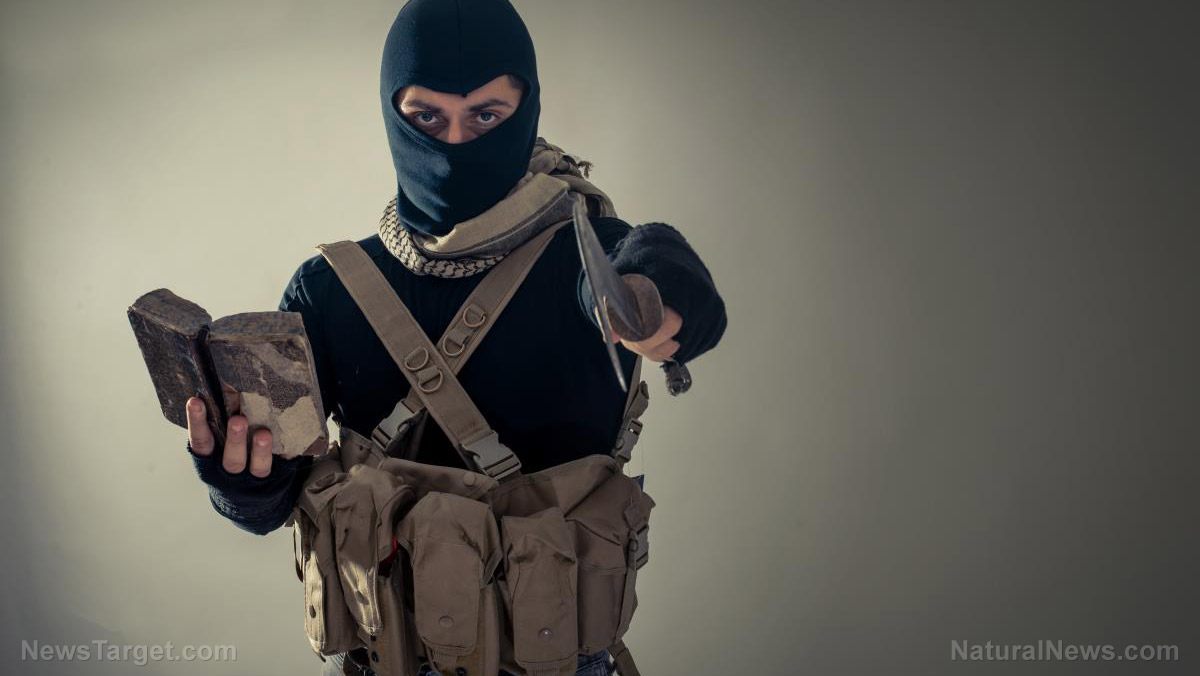 (Natural News) In the aftermath of the violent murder by an Islamic terrorist of multiple French women at the Notre-Dame de Nice cathedral in France, the Associated Press (AP) tweeted a headline supporting the terrorist, only to later remove it following massive backlash.

The now-deleted tweet, an image of which you can view at this link, read as follows:

“AP Explains: Why does France incite anger in the Muslim world? Its brutal colonial past, staunch secular policies and tough-talking president who is seen as insensitive toward the Muslim faith all play a role.”

This inflammatory headline suggests that the French women – and all other French people, for that matter – have it coming to them simply because their mere existence upsets Muslims and makes them want to commit murder. In other words, Islamic terrorism is fully justified, according to the AP.

After removing the outlandishly offensive tweet, the AP tried to justify it by claiming that the headline and associated article did not mean what was “reported.” The AP then changed the word “incite” in the original article to “spark,” which PJ Media‘s Megan Fox explains “really doesn’t make it any better.”

The AP did not remove the article, though, and stands by the claims made in it that radical Islamic terrorists have every right to murder French people because they are angry, and apparently justifiably so.

“The official French doctrine of colorblindness is intended to ignore ethnic and religious backgrounds and to have all French citizens seen as equally French,” the AP article reads, condemning the idea of colorblindness.

“In reality, the ideal often fuels discrimination against those who look, dress or pray differently from the historically Catholic majority, instead of preventing it.”

There was a time when news outlets like the AP would have supported the idea of equality, meaning looking at and treating all people equally. But that is now an offensive concept worthy of Muslim-induced violence, according to the AP.

The AP is also upset that Muslims who live in France – why are they even there at all, we wonder? – tend to be “disproportionately represented in France’s poorest, most alienated neighborhoods, as well as its prisons.”

Even though Muslims are not native to France, and really have no business being there, the AP believes that they should be given access to the poshest neighborhoods and never be sent to prison.

“That has bred angry outcasts who see their homeland as sinful and disrespectful toward Islamic traditions, or simply racist against Arab and other immigrants from lands that once enriched the French empire.”

This writer tried to look for an AP article similarly condemning Muslim-majority countries for not welcoming in white Christians and housing them in the most expensive Arab neighborhoods, but such an article does not seem to exist.

“I never thought I’d see the day when the American media was concerned about sinfulness,” Fox notes. “The very same article, however, points out that crucifixes were torn off the walls of French schools in order to separate church and state. But the author seems to not see the similarities between that and banning headscarves.”

Many Twitter users were likewise condemning, and rightfully so, of the AP piece, questioning in what universe violence has ever been an appropriate response by foreigners living a nation where they do not even belong.

“This is an abhorrent take,” one wrote about the AP article. “Killing teachers and nuns is a response to secularism, Macron and France’s ‘colonial past?’”

“In my vast Christian country, we have suffered our eons of colonial muslim past, but we don’t and we won’t go about beheading people and setting them on fire for desecrating our symbols, or for having enslaved, butchered, raped, and sold our progenitors in Maghreb,” wrote another. “Explain that!”

For more related news about mainstream media propaganda, be sure to check out Propaganda.news.