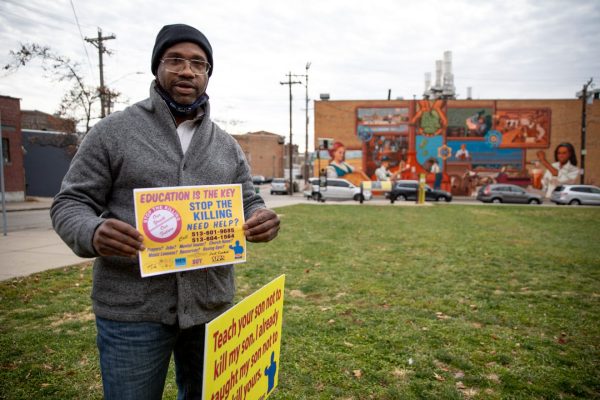 Virtually all of the gun violence in 2021 Cincinnati, Ohio was perpetrated by black people:

What can be done?

Big picture, Smitherman said there needs to be more opportunities, better access to education and more jobs for urban communities.

Looking at this year’s statistics, the average homicide victim is a 33-year-old Black male. Of those killed, four were white. The suspects range in age from 21 to 52. Three are white and 16 are Black.

“Each of those lives matter and the majority of those who have lost their lives this year, last year and the year before that are African American,” Smitherman said. “It’s unfortunate to say it is at the hands of other African Americans.”

He said the community needs to take a stand and cooperate with the police. He said criminals must know they will be turned in and sent to prison.

“We have to be very outspoken with our disgust with a person’s decision to pick up a gun and take the life of another,” Smitherman said. “Are we going to have this apathy about so much bloodshed in our community?”

Why mention this fact, which is replicated in any city across the United States with a black population approaching 10 percent (Portland, Oregon and Seattle, Washington both are cities where the black population is responsible for the majority of gun violence, despite being below 10 percent of the population)?

Because signs are going up across Cincinnati in black people’s yard begging blacks not to kill each other. [Mom who lost son to gun violence puts ‘Teach your son not to kill my son’ sign in yard, Cincinnati.com, December 27, 2021]:

It’s been two months since Jackie Randolph’s son, Javeir, died in front of her.

Her 16-year-old child was shot in October on Jonathan Avenue in Evanston while walking to a store.

She’s cried a lot since that day, but the overwhelming emotion she has is anger.

“It’s devastating. It’s something as a mom you will never, ever get over,” Randolph said.

Inside her home, there are many pictures of Javeir. She wants his memory to live on and people to remember him as a bright, funny kid who had a beautiful smile.

At his funeral, his teachers from Western Hills University High School described him as a fun-loving, silly kid.

Outside of her home sits a yellow yard sign that reads, “Teach your son not to kill my son. I already taught mine not to kill yours.”

Her heart skipped a beat when she first saw the message on the sign. She immediately wanted one in her yard because the bold words weren’t something that could easily be ignored.

“I want people to see it, really see it. So many Black kids, they were just kids. They have died,” Randolph said. ” It has to stop.”

She asked the man making the yard signs, local activist Stefan Pryor, for one.

As Pryor drove to deliver the yard sign to Randolph, he called her. She asked him to pray with her for her son as they spoke on the phone.

“Wow, it touched me. When you lose a loved one… I mean… you could feel her pain,” Pryor said.

He said the immense pain the community has felt after what seemed like a year of never-ending tragedies motivated him to create the signs.

“So many kids are dying. It needs to stop, and it starts by teaching your son that you aren’t born to die. There is more to your life. And you aren’t born and go out and kill somebody else,” Pryor said.

So far, he has given out 60 yard signs to be placed around town. He calls it a campaign against gun violence.

He is in the process of making additional signs, which will have a phone number on the back that people can call and ask for a prayer or be connected to resources.

For now, he will be the only one answering that number and helping connect the callers to help. He hopes to eventually get volunteers to help with the effort.

Pryor said it is worth devoting so much of his time and resources into this project as long it makes a difference in someone’s life.

“I just have to try and go out in the streets and do something. I want this to change,” he said.

So far, many people have been receptive to his efforts, Pryor said. People honk in encouragement as he places signs around town or they ask to get one for their yard.

Randolph said she wants to help distribute the yard signs around the community, along with pictures of her son.

‘So many kids have died, and no one cares’

“I want the city to see him. Whoever did this, they’re gonna have to see him everywhere,” Randolph said. “I want justice for my son. That’s exactly what I want. And that’s all I want.”

She said it is hard not to feel hopeless sometimes. She’s worried she won’t get justice for her Javeir. And she’s worried that more Black children will die as the gun violence continues. It’s just not right, she said.

But that’s only part of the problem, she said, adding that the city needs to invest in neighborhoods such as Evanston that she believes have been neglected for far too long.

“You only see this happening in certain neighborhoods. When my son was killed there were so many other shootings here that week. Why is this happening? So many kids have died, and no one cares. It’s like no one flinches when it happens,” Randolph said.

It’s all such a joke.