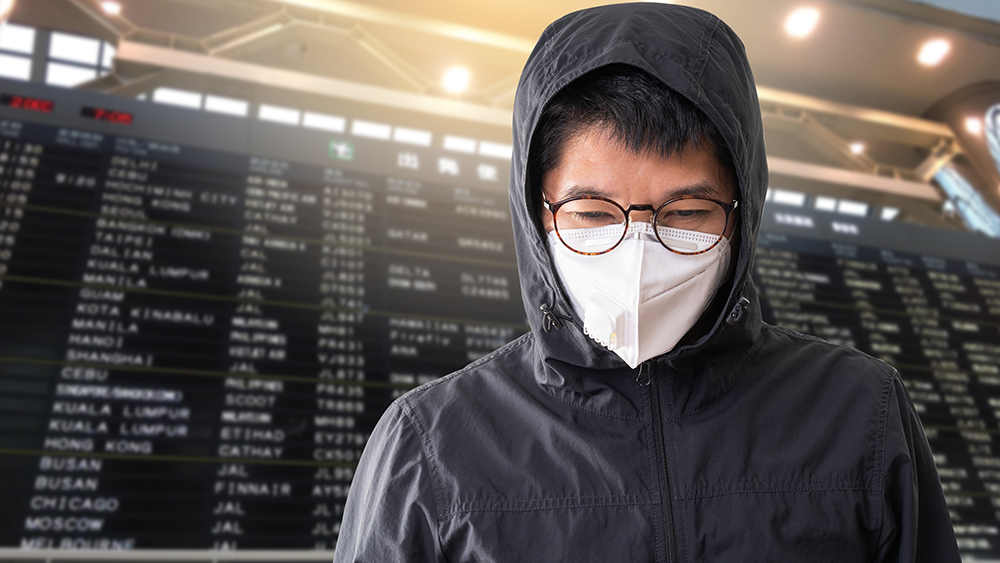 (Natural News) In an example of how U.S. airports are scrambling in an attempt to keep the Wuhan coronavirus from entering the country and spreading beyond control, the general manager of Atlanta’s Hartsfield-Jackson International Airport said Wednesday that around 200 people who showed signs of sickness were told to “self-quarantine at home.”

The Epoch Times reported that the Centers for Disease Control and Prevention (CDC) has become involved in the self-quarantine effort, according to Atlanta airport GM John Selden, who gave the first update since federal health officials asked airports to begin examining Chinese travelers for the virus.

None of the travelers checked were taken to a hospital, Selden further noted.

Of the more than 1,000 passengers who were screened, one traveler from South Korea was in critical condition and had to be taken to the hospital, he said, reported Fox5 in Atlanta. That person didn’t have coronavirus and was released three days later.

“Atlanta is in good shape,” Selden told the local station. “And nationwide there has been only one person who has come through a U.S. airport with the virus.”

The GM noted further that more passengers arriving from other points in Asia will also be screened since the virus has now spread regionally. Tens of thousands of Chinese have been sickened by the outbreak, though it’s not clear — because the Communist government has been fudging reporting numbers — just what the accurate numbers of illnesses and deaths are.

Earlier this week, a high-ranking CDC official said she thinks that Wuhan coronavirus will actually turn into a pandemic globally, and that the virus will spread via community transmission inside the U.S.

“Widespread transmission of COVID-19 in the United States would translate into large numbers of people needing medical care at the same time,” Dr. Nancy Messonnier, the director of the National Center for Immunization and Respiratory Diseases, told reporters.

“Schools, childcare centers, workplaces, and other places for mass gatherings may experience more absenteeism. Public health and healthcare systems may become overloaded, with elevated rates of hospitalizations and deaths,” she added.

‘The global picture is changing rapidly’

Fears of an outbreak in the U.S. have sent shock waves through Wall Street, where the Dow Jones Industrial Average and other stock market indices have taken a beating this week. The Dow closed 1,000 points lower on Monday, wiping out historic gains from the past several weeks.

Meanwhile, Democrats have complained that the Trump administration reacted too slowly and without enough resources to meet what they say is already a national health crisis.

“Here in the United States, the Trump administration has been caught flat-footed. The administration has no plan to deal with the coronavirus, no plan and seemingly no urgency to develop one,” Senate Minority Leader Charles Schumer said earlier this week, according to The National Sentinel.

“This is shameful. [The president] puts forth a proposal now that is meager, anemic in terms of addressing or… With Ebola, we did $5 billion. Now they’re trying to take the Ebola money and spend it here. So what he’s doing is late, too late, anemic. Hopefully we can make up for the loss of time,” he claimed.

On Wednesday, Health and Human Services Secretary Alex Azar assured lawmakers during House testimony that the administration was on top of the virus and was working with state and local officials to contain it. He also updated the infection figures: As of this writing, just 60 people in the U.S. have been diagnosed with the virus.

Some Democratic officials are not taking chances, however. San Francisco Mayor London Breed declared a state of emergency in the city because of the virus, even though no one has been infected yet.

“Although there are still zero confirmed cases in San Francisco residents, the global picture is changing rapidly, and we need to step up preparedness,” she said.