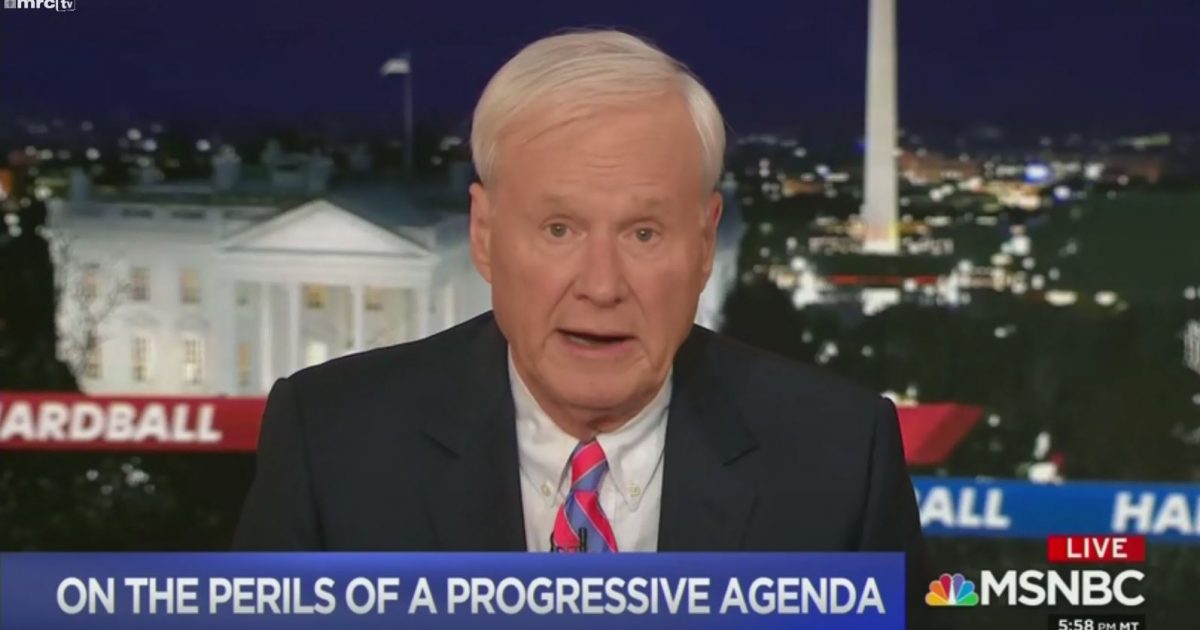 Over the past three days, a dozen or so 2020 Democrat presidential candidates took communion at the church of race baiter Al Sharpton, each in turn pledging to support the “activist” in his call for race-based reparations. Wherein lies one of the Democrats’ biggest problems: adopting policy initiatives that are supported by a tiny fraction of voters.

It isn’t just Sharpton that the Dems are cozying up to. A number of the leading contenders have said they will back freshman Rep. Alexandria Ocasio-Cortez’s economy-destroying $93 trillion Green New Deal.

The Democrats have moved so far to the left that even MSNBC’s Chris Matthews is predicting not only that Donald Trump will win reelection but by a landslide. As LU contributor Rusty Weiss writes at The Mental Recession:

Following a rundown of today’s progressive agenda – support for such extreme measures as abolishing the Electoral College, late-term or post-birth abortions, open borders, and race-based reparations – Matthews wondered how it would play out to voters in key swing states.

He then foresaw gloom and doom for the party, just like in 1972 when “the party went hard to the Left” with George McGovern.

“Everyone enjoyed themselves,” Matthews recalled. The convention was giddy with excitement even if not that well organized” right up until “the Democrats lost 49 states … to Richard Nixon who not only carried the Electoral College, losing only Massachusetts and D.C., but 60% of the popular vote.”

You don’t have to take Matthews’s word for it that things are looking grim for the Democrats in 2020. The oddsmakers are predicting a second term for Trump, and so are Wall Street insiders, 70% of whom believe Trump will be reelected.

History is also on the president’s side. As Loren Thompson reminds us at Forbes:

[C]andidates who get elected to the presidency once tend to get reelected if they run. Only two chief executives seeking reelection over the last 50 years — Carter and Bush 41 — failed in their bid for a second term. Nixon, Reagan, Clinton, Bush 43 and Obama all won reelection, even though at least two of them were highly controversial. In fact, the most controversial presidents tend to roll up the biggest reelection victories.

Thompson further notes that Democrats have been lulled into complacency by Trump’s low polls numbers, forgetting that “Richard Nixon and Ronald Reagan were both unpopular during their first terms, and then went on to score landslide victories against opponents who made the incumbent look good.”

And who could make Donald Trump look better than the likes of Beto O’Rourke or Kirsten Gillibrand, both of whom have not only rejected the building of new border walls but have called for tearing down existing ones? Or Julian Castro, who along with O’Rourke, wants to decriminalize unauthorized border crossings?

Finally, Thompson observes that voters “have gotten used to Trump,” who “doesn’t seem as outrageous as he once did”:

His critics will fret that this amounts to “normalizing deviance,” but what it really shows is that two years in the nation’s top job have taken the edge off of Trump’s confrontational personality. He no longer sounds like the strident outsider he was on inauguration day. As people become more accustomed to his style and he learns better how to modulate it, the appeal of voting for an alternative will tend to recede.