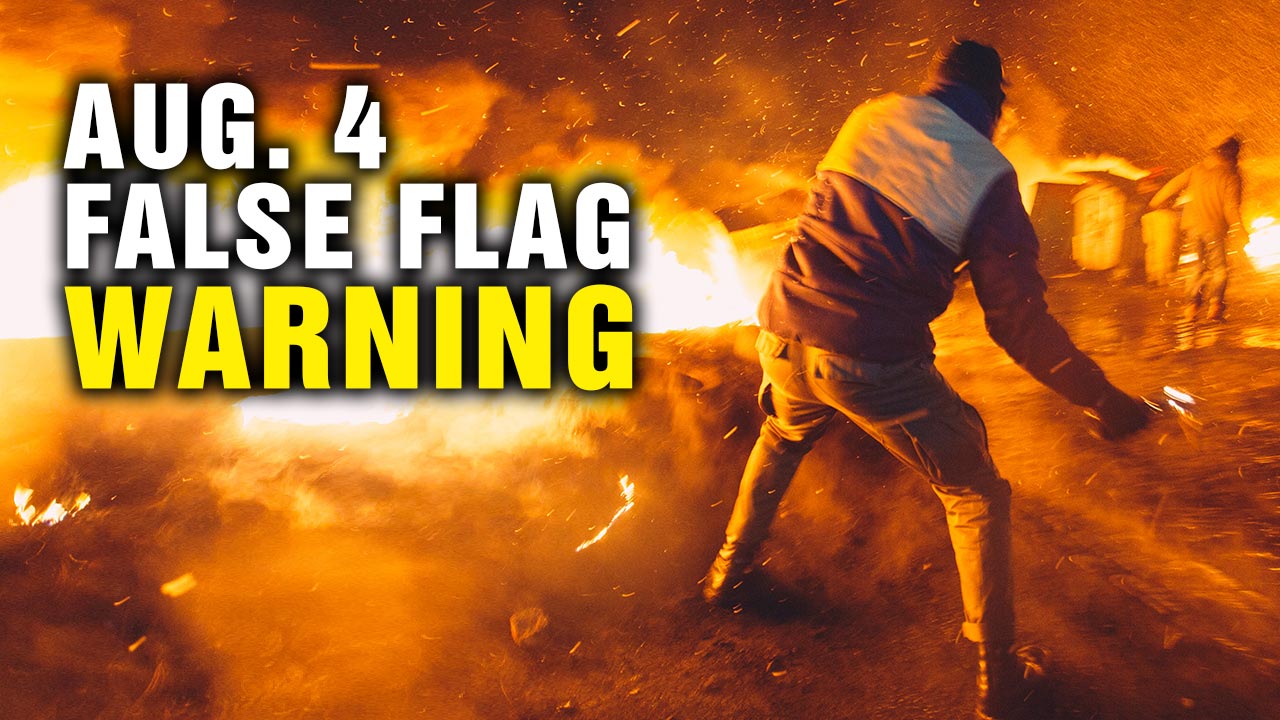 (Natural News) Today I’ve posted an urgent warning video, which you can see in full, below. This video — which would have been banned by YouTube and Facebook — is available exclusively on REAL.video.

It explains that Aug. 4 is shaping up to be a “perfect storm” false flag event, where deaths are staged in order to blame conservative Americans and sway public opinion for the upcoming mid-term elections. While we hope no such events ever take place, this weekend is a prime target for anti-America forces to stage precisely such a crisis.

What’s the motivation behind it? If Democrats gain a majority in the U.S. House of Representatives, they promise to impeach President Trump — an act that would likely set off a nationwide civil war. By staging events that allow them to blame Trump supporters for violence or deaths, they hope to sway public opinion against conservatives and “steal” the mid-term elections.

With the elections such three months away, time is growing short for staged event operators to make their move. Sheer desperation is now driving the Democrats, who now believe that achieving election victory “by any means necessary” is fully justified. That’s why they’re willing to try anything.

In the video below, I warn that anti-Trump, anti-American “terrorist” forces such as Antifa and the Portland Police Department (which is complicit with left-wing terrorists) are likely planning a false flag event which could consist of one or more of the attacks shown below. Such attacks could take place this weekend (Aug. 4th) or any time ahead of the mid-term elections:

The insane, deranged Left, in other words, is ready and willing to shift America from the “info war” stage to the “kinetic war” stage of the civil war. While no prediction is 100% accurate, Aug. 4 looks like it could be a trigger point that unleashes the opening chapter of the kinetic war. Be cautious and safe this weekend, and pray for the safety of all Americans.

As All News Pipeline reports:

…[W]ith Antifa terrorist groups there now calling for ‘direct confrontation’ with a Patriot prayer group on Saturday, August 4th being put on by the peaceful patriot group called the “Proud Boys”, it’s a bit more than concerning that several Antifa members have discussed bringing guns to their ‘protest’ for a ‘direct confrontation’. What could possibly go wrong?

Watch my video exclusively on REAL.video at this link:

Or see it here:

REAL.video is now serving one million video minutes each week. Over 5,000 videos are currently active on the platform, and 250+ new channels are joining REAL.video each day. Create your own video channel for free at REAL.video.