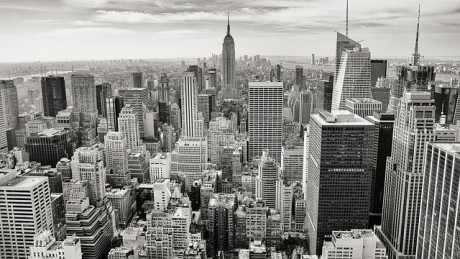 (Natural News) Everything the “experts” were saying about inflation being “transitory” is proving to be a lie after the latest data showed that average rental costs in Manhattan have now topped $5,200 per month.

A major component of inflation indexes, New York’s rental market, the largest in the country, continues to see higher and higher prices month after month. The highest yet was seen in November with a $5,249 average, followed by a meager decrease in December to $5,200.

All in all, rentals in New York are up 19 percent compared to last year. Other markets have seen minor decreases, but the Big Apple is still seeing what some would describe as the makings of an out-of-control hyperinflationary nightmare.

“Rents are not coming down as quickly as many would hope,” said Jonathan Miller, CEO of Miller Samuel, which published a report highlighting how the median apartment price in Manhattan hit $4,033 in November, up from $3,964 in October. (Related: How much more expensive will things get before society collapses?)

Just because prices are high does not mean that renters are actually renting, though. According to the latest data, the number of new leases signed in November plunged 39 percent compared to October.

This is the largest decline in new leases signed since the start of the Wuhan coronavirus (Covid-19) “pandemic” in 2020, according to Miller.

Greedy landlords, say brokers and real estate experts, are responsible for much of this as they have been demanding rent increases of 20 percent or more on lease renewals that were originally signed in 2020 and 2021 during the height of the scamdemic.

With an expectation that renters have an annual income at least four times more than the monthly rent, many tenants simply cannot afford to pay the exorbitant prices demanded by these landlords.

“There is some gridlock,” said Bess Freedman, CEO of Brown Harris Stevens.

“In 2021, rents took off like a rocket and now tenants are stuck. People aren’t going to sign new leases at these prices; they’re just too expensive. Landlords need to start getting more reasonable.”

One of Freedman’s friends faced a rent increase of 30 percent, causing her to feel “like she was being gouged,” Freedman added.

Even so, vacancy rates in New York remain low, which means the greediest of landlords do not necessarily have to lower their prices any time soon. In November, the vacancy rate across Manhattan was a mere 2.4 percent, which is below the historical norm of 3 percent, according to Miller Samuel.

In 2023, though, things could change. They are already changing, in some cases, as the number of available landlord concessions, such as a month of free rent or other deals, increased 16 percent in November from 13 percent in October.

“A lot of landlords are getting stuck with inventory so and they’re not getting their increases, so they’re reducing price,” said Joshua Young, executive vice president and managing director of sales and leasing at Brown Harris Stevens.

“Several metros accustomed to substantial, sustained price increases are beginning to level off: Median one-bedroom rent is down 2.9% in Nashville, 2% in Boston and 1.8% in New York City,” Zumper reported.