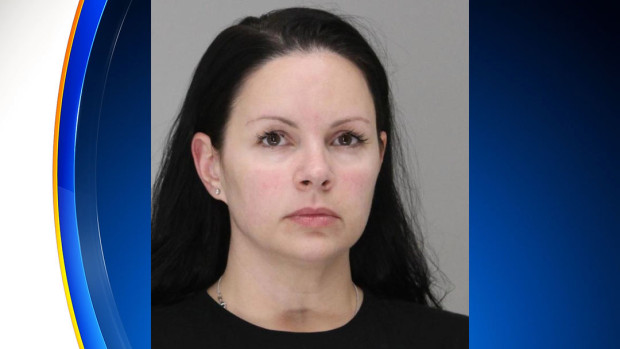 Not all cops are bad and most are loyal to their oaths to protect their communities.

But some aren’t and the truth must be revealed.

Conservatives sometimes tend to shy away from these “bad cop” stories, but we can’t fix a problem that we can’t acknowledge.

Two Dallas County cops are now under arrest for looting a Home Depot, that they were hired to protect, after a recent tornado.

So much for protecting the community…

A second Dallas County Sheriff’s Deputy was arrested on Thursday for allegedly looting during the aftermath of the October 20 tornadoes in the Dallas area.

Sergeant Rebecca Evans, 41, was Joseph Bobadilla’s supervisor and allegedly assisted him in removing items from the tornado-damaged Home Depot on Forest Lane.

She was charged with theft of property and booked into the Dallas County Jail around 3:00 p.m..

She later posted a $500 bond and was released.

Sergeant Evans has been employed by the Dallas County Sheriff’s Office for 16 years.

She was promoted to Deputy in 2007 after having worked in the jail as a Detention Service Officer.

This Home Depot on Forest Lane hired off duty deputies to protect this store’s merchandise because of the extensive damage caused by last month’s tornado.

The Dallas County Sheriff’s Department said two of those working there used it as an opportunity to steal.

Bobadilla, 25, was booked around noon into the Dallas County jail charged with felony theft. He posted a $500 bond as well.

He’s been with the department since 2016.

On Thursday morning his fellow deputies raided Bobadilla’s Garland home where they removed a washer, dryer and a microwave.

The sheriff’s department says the appliances were purchased with store credit.

That store credit was issued for items he’s accused of stealing from the Home Depot on Forest Lane which he was hired to watch over while it’s rebuilt after being hit by last months tornado.

“The department core values and what are core values are in our department are integrity, professionalism and accountability so it definitely is a slap in the face on those core values,” said Raul Reyna, a spokesperson for the Dallas County Sheriff’s Department.

Read the rest at CBS DFW…

Again, I will never understand why conservative audiences tend to reject truth when it involves police or military.

There are bad folks everywhere and we need to expose them.

The above stories are all from the last few weeks.

There are bad people in every profession.

They come in all colors.

They come from BOTH sides of the political aisle.

So let’s stop protecting “our own” as soon as they prove to stop being “our own.”

I’ll keep exposing them and you can ignore the problem if you wish, but someday you or someone you know could be the victim of one of these dirty cops.