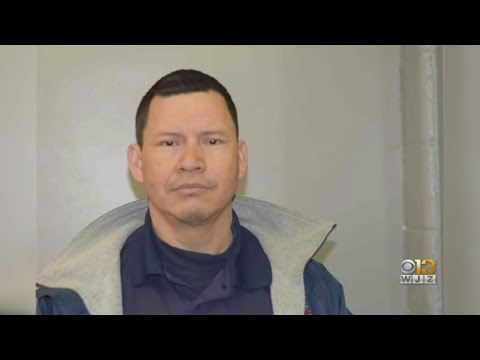 WJZ posted this video a little less than a week ago.

It seems that the arrest of Jose Argueta has now grown into 19 criminal charges, all related to molesting a 13-year-old girl.

Support of criminals and illegal aliens by many wayward churches is touted as the ultimate expression of compassion rooted in Biblical values. But it’s merely virtue-signaling – and not of virtues. Nowhere is this more evident than in the harboring of criminal aliens.

On Thursday, police in Annapolis, Maryland, arrested Jose Argueta, 44, an illegal alien from El Salvador, on 19 child sex assault charges. He is accused of sexually assaulting a 13-year-old girl on four occasions and taking pornographic images of her during several of those incidents since mid-December.

“It was obvious that there was a lot of information confirming that this had happened and also photographs unfortunately–pornographic images of this child,” said Sgt. Amy Miguez of the Annapolis Police Department in an interview with reporters.

ICE lodged a detainer with the Anne Arundel County Detention Center on the day of the arrest, but for now Argueta is being held without bail.

How did Argueta have access to her? According to police, he met her while serving as a van driver for a local church, transporting the victim and her family to their church in Glen Burnie, Maryland, where Argueta also lived. Glen Burnie is a suburb of Baltimore on the south side in Anne Arundel County and has seen a massive influx of Central Americans in recent years, just like neighboring Montgomery and Prince George’s counties.

What is further troubling is that, according to court records, Argueta had a history of traffic violations and a DUI. Yet he had a valid Maryland trucking license. How was someone like this able to remain in the country and openly drive for a church? The entire purpose of the 1986 amnesty deal was to make it illegal for someone here unlawfully to work. This alleged crime was therefore 100 percent preventable.

The name of the church has not been publicized, but one has to wonder whether the church even cared to verify his immigration status or if church authorities actually knew he was an illegal alien. Harboring criminals tends to lead to more criminal activity – in this case, the terrible crime of child molestation.

El Salvador, like many South and Central American countries, is harsh.

Doesn’t America have enough murderers and rapists without importing more?

It’s not the women and children we are afraid of.

There are violent elements south of our border that we absolutely do not need here.

Many of them have made it through already.

Let’s finish the wall and keep as many of them out as we can.

Why do we continue to let more in?

Our country is in no position to keep helping these people.

We need a wall and a moratorium for now.

We can revisit the situation later.