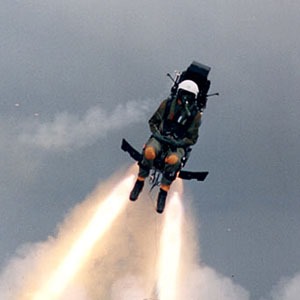 From Military.com by Mathew Cox

The Air Force Gunsmith Shop has completed delivery of the 2,700 GAU-5A Aircrew Self Defense Weapon, a 5.56mm carbine that can be quickly assembled in emergency situations, according to a recent Air Force news release.

This beats the side-arm and survival knife of years past!

If Red Flag Laws are Allowed to Stand, It’s One Step to Removal of Due Process for All “Suspicions of Threat”

“We were asked to design a stand-off weapon that was capable of hitting a man-size target at 200 meters,” Richard Shelton, chief of the Gunsmith Shop, said in the release. “It disconnects at the upper receiver …… and can be put together within 30 seconds if needed.”

This kind of makes me wonder how this would stack up against all those anti-gun state laws requiring a weapon you’re traveling with be disassembled. Thirty seconds ain’t bad! I have one of the older 22 cal floating survival rifle and it takes a lot longer than that to put together.

The following aircraft will be outfitted with these weapons:

Combat-coded aircraft include fighters and attack planes such as F-15 Eagles and Strike Eagles, F-16 Fighting Falcons, A-10 Thunderbolt IIs, and F-22 Raptors; as well as B-1B Lancer, B-52 Stratofortress and B-2 Spirit bombers.

Here is another link to the rifle:

The new Aircrew Self Defense Weapon is based on the M4 Carbine, and weighs under seven pounds. It’s designed to fit inside the seat kit of ACES 2 ejection seats, according to the release.

Call me a cynic, but they’d better have a regular inspection system in place to make sure these rifles don’t “walk off.” That would be a kick in the gut to land in hostile territory and discover your weapon had been liberated.

The GAU-5A features a quick-connector barrel and handguard assembly that attaches to the upper and lower receiver of the weapon. The M4 carbine also breaks down into two main components. Two pins disconnect the M4’’s upper receiver from the lower receiver and barrel assembly.

This is definitely an improvement. I hope they’ve field tested those seats. It could be a real PITA to try and pull one of those magazines out of your keister as you are floating to the ground!

For more infö on this weapon and other links check here 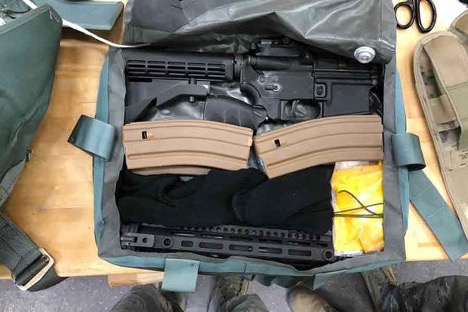 The GAU 5A’s pistol grip is designed to fold back against the collapsible buttstock to save space when stowed. It also features folding front and rear iron sights, replacing the standard M16-style A-frame front sight.