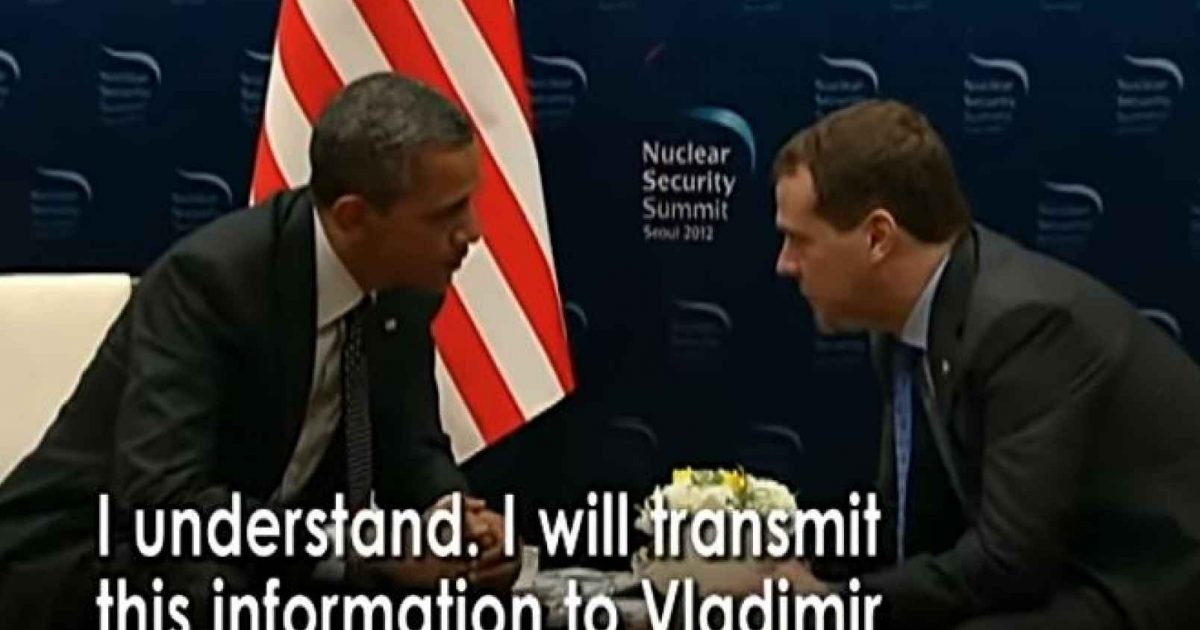 Barack Obama blamed Bush for bad relations with Russia. He pursued a “Reset Button” strategy of rapprochement with Russia that included dismantling missile defense in Eastern Europe, giving Russians’ Iranian allies a pass on their nuclear program and issuing stand down orders on Russian hackers. (Then there’s the whole Uranium thing.)

Obama was caught on a hot mic assuring Medvedev, Putin’s political flunky, that he needed space on, “missile defense” until the Republicans were defeated.

“This is my last election,” Obama wheedled. “After my election I have more flexibility.”

“I understand,” Medvedev offered. “I will transmit this information to Vladimir.”

Obama was conspiring with Putin against the American people. He was assuring Putin’s man that he would have more flexibility to appease Russia after he had fooled America.

Obama officials lied about Russian treaty violations to Congress while pushing new treaties with Russia. Then they went on to pull the same trick over their fake WMD deals with Russia’s allies in Syria and Iran. Each time, violations were ignored and a fake agreement was trumpeted by Obama for political gain.

But Obama rolled out his attack on Trump and Republicans. And it contains one of the most ridiculously hypocritical accusations of his life.

They’re undermining our alliances, cozying up to Russia. What happened to the Republican party?

What happened to even the faintest microcelluar twinge of honesty or integrity in Obama?