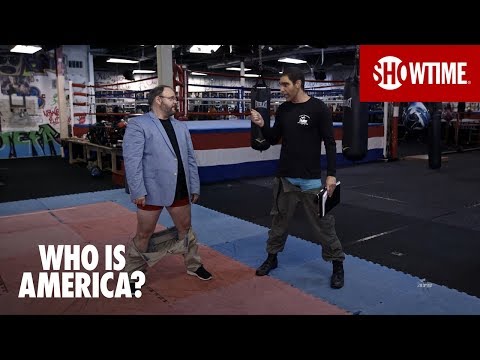 Sacha Baron Cohen has claimed his first scalp with the second episode of Showtime’s Who is America?

Georgia lawmaker Jason Spencer resigned Tuesday Night after being urged by party leaders to do so.

Cohen was able to get Spencer to shout “nigger”, pretend to be a Chinese tourist, and even drop his pants and shout “America” while charging a mock terrorist. Cohen even convinced him to show his bare buttocks. All of this was caught on camera.

Cohen was able to inspire these reactions by posing as a former Mossad agent educating Spencer on how to deal with terrorists.

“This email/letter is to serve as an official resignation notice to your office that I will be resigning my post effective July 31, 2018,” Spencer penned in correspondence sent to Georgia State House Speaker David Ralston.

Ralston previously stated that Spencer had “disgraced himself and should resign immediately.”

The actions and language used by Jason Spencer are appalling and offensive. There is no excuse for this type of behavior, ever, and I am saddened and disgusted by it.

As upset as conservatives have been with Sacha Baron Cohen’s antics, it appears he did the GOP a huge favor by taking down Spencer. It is hard to imagine that a man who was so easily duped into acting so foolish is worth much to the people of Georgia.