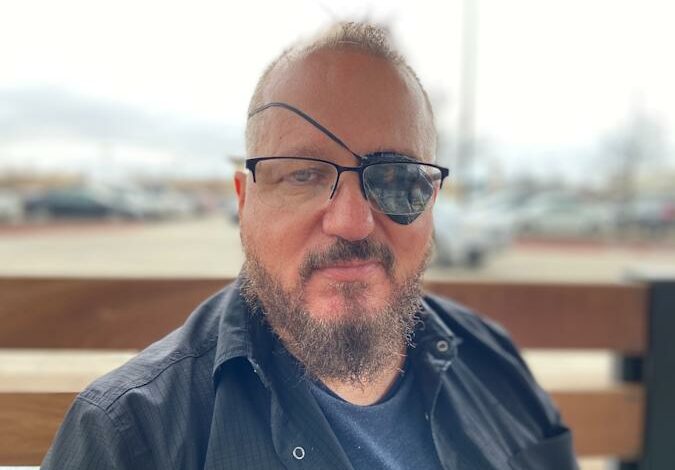 On Wednesday, Jim Hoft of the Gateway Pundit reported that Dr. Joel Richmon, MD, a neurologist in Piedmont, California reached out to James Lee Bright, the attorney representing Stewart Rhodes for his role in the January 6 Capitol riot, and told Bright that he wants Rhodes “eliminated.”

Hoft said The Gateway Pundit contacted Richmon on Tuesday, and confirmed he made the call and expressed his desire to see Rhodes eliminated.

Hoft posted audio of the call to Bright:

Here’s a transcript provided by the Gateway Pundit:

Well, I can imagine that you’re overwhelmed. This is Doctor Richmond calling from Piedmont, California. Just a quick word. Nice to know another member of the neonazi party. Anyone?

Anyone representing a piece of vermin who this planet, like Stewart Rhodes, who ought to be exterminated or thrown in prison with the key thrown away, also has to have their head examined. This is disgusting. First of all, I just got off the phone with the attorney who’s representing Stephen Bannon. Another piece of dirt that’s wandering our planet and trying to destroy our democracy. But Stewart Rhodes really takes the cake ahead of the oath keepers.

You should be ashamed. You’re a member of the neo-Nazi party. Whether you say so or not. You’re representing Republicans to the far extreme right. This man is off the scale.

This man should be put in prison, and hopefully he will be. Have a nice life, man. And my phone number, just in case you want to know that you spoke to a real doctor whose goals are to save lives, not destroy them like Mr. Rhodes

According to Hoft, Bright said his office has been receiving calls like this since Joe Biden’s angry demonic speech attacking millions of Trump supporters.

Stewart Rhodes is currently jailed for standing outside the US Capitol on January 6th. Rhodes was arrested in January and has been held in prison since his arrest. Stewart committed no crime. Stewart committed no violence. Stewart did not organize an “insurrection.” In fact, Stewart told the Oath Keepers to leave all of their weapons in their hotel rooms outside of Washington DC on January 6, 2021. Rhodes and his men and women provided security at the Ellipse for President Trump’s speech to nearly one million patriots. Rhodes and the Oath Keepers then went to the US Capitol where they were going to provide security at two events that were planned and approved outside the US Capitol that day.

Rhodes is sitting in prison today without trial. He is the Number One target besides President Trump of Liz Cheney and the serial liars on the Select Committee.

We attempted to contact Dr. Richmon to verify the call and clarify his opinion that Rhodes should be “eliminated,” meaning killed. We also wanted to know how many Trump supporters he wants eliminated. Unfortunately, we were unable to contact the doctor.

Since Hoft’s report, several people left low ratings for the doctor at WebMD.

“He asked me if I voted for Trump, when I said yes, he tried to hit me. I had to leave because i didnt (sic) want to beat the crap out of an 80 year nutjob,” one person claimed. It’s impossible to verify such a claim, however.

“Doctors who call for the “extermination” of human beings shouldn’t be doctors,” another person wrote.

This comes on the heels of news that an 18-year-old North Dakota Republican was murdered by an individual who reportedly saw the young man as a Republican “extremist.”

This, America, is the modern left — unhinged, bloodthirsty, and out of control. It’s enough to make one think they really do want a second bloody civil war.

Or perhaps they prefer this:

Joe Newby A 10-year veteran of the U.S. Marine Corps, Joe ran for a city council position in Riverside, Calif., in 1991 and managed successful campaigns for the Idaho state legislature. Co-author of “Banned: How Facebook enables militant Islamic jihad,” Joe wrote for Examiner.com from 2010 until it closed in 2016 and his work has been published at Newsbusters, Spokane Faith and Values and other sites. He now runs the Conservative Firing Line.