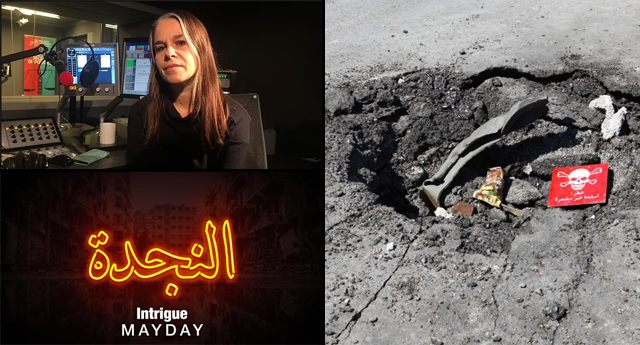 A BBC propaganda report from journalist Chloe Hadjimatheou that smeared an OPCW whistleblower, Wikileaks and columnist Peter Hitchens for questioning the alleged April 2018 “gas attack” in Douma was loaded with lies and disinformation, the BBC has admitted.

From The Daily Mail, “BBC admits Syria gas attack report had serious flaws in ‘victory for truth’ after complaint by Peter Hitchens”:

The BBC has admitted that a Radio 4 documentary on an alleged chemical weapon attack in Syria contained serious inaccuracies.

The programme, part of a series on aspects of the conflict in Syria, dealt with an attack at Douma in 2018 and included an account of the role later played by ‘Alex’, a former inspector with the Organisation for the Prohibition of Chemical Weapons (OPCW), the poison gas watchdog.

Last week – nearly ten months after the broadcast – the ECU delivered its finding that the BBC was wrong to insinuate that ‘Alex’ was motivated to go public about his doubts over the attack by the prospect of a $100,000 (£72,000) reward from the whistleblowing website WikiLeaks.

No such reward was ever paid, according to WikiLeaks.

The BBC also accepted it had no evidence to back up its claim that ‘Alex’, a highly qualified and apolitical scientist, believed the attack in Douma, which prompted retaliatory missile strikes by Britain, the US and France, had been staged.

In its ruling, the Corporation withdrew the imputation that Mr Hitchens, who has reported on despotic regimes for more than 40 years, shared ‘the Russian and Syrian state views on the war’.

Upholding his complaint, the adjudicators said: ‘The ECU found that, although they were limited to one aspect of an investigation into a complex and hotly contested subject, these points represented a failure to meet the standard of accuracy appropriate to a programme of this kind.’

Welcoming the ruling, Mr Hitchens said: ‘This is a major victory for the truth. The whistleblowers inside the OPCW were always motivated by a strict regard for scientific truth.

‘Far from seeking rewards, they realised that their actions would damage their careers but went ahead anyway.

‘I do not serve any government, least of all those in Moscow and Damascus.’

How nice of the BBC to fess up now — over three years after the alleged attack took place.

We all knew the alleged “gas attack” was a fraud at the time (as well as the previous “chemical attack” a year earlier) but the media accused everyone who called it out of being “Russkie agents” and “Assad sympathizers.”

Is the BBC going to get censored on social media for pushing this pro-war disinformation?

Such censorship is reserved only for those who expose their lies!