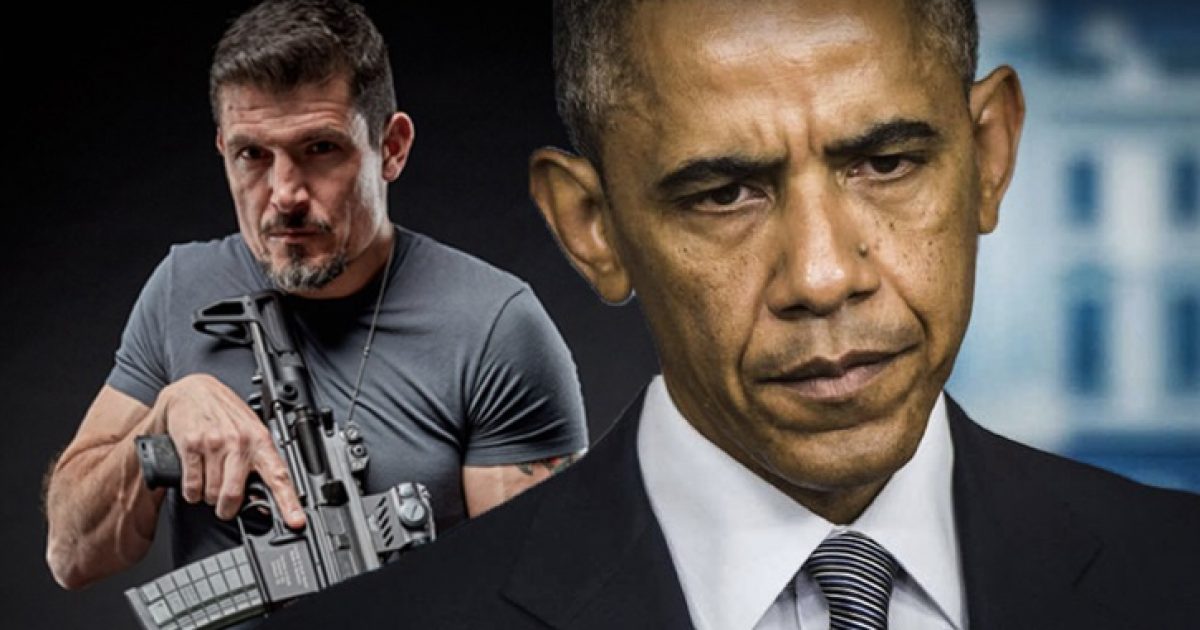 Benghazi hero Kris “Tanto” Paronto was suspended from Twitter last week after he blasted Barack Hussein Obama Soetoro Sobarkah, aka Barry Soetoro, for referring to Benghazi as a “conspiracy theory.” He appeared on NRATV with Dana Loesch to respond to the suspension and later on Infowars to talk about wanting to choke Obama through his television during the Obama’s speech.

The tweet, which went viral, was a short response to the lies of Barry.

“Benghazi is a conspiracy @BarackObama ?! How bout we do this,let’s put your cowardly ass on the top of a roof with 6 of your buddies&shoot rpg’s&Ak47’s at you while terrorists lob 81mm mortars killing 2 of your buddies all while waiting for US support that you never sent #scum”

Clearly, Obama has never served in the military. One could argue he was MIA when it came to being commander-in-chief, and even at that, he usurped the office.

The problem in all of this is that everyone knows from sworn testimony and documentation that the Obama administration attempted to cover up the attack, sympathize with Islamic jihadis, arm them and train them while leaving Americans to die. Obama, apparently, didn’t even get out of bed and was on a flight to Vegas the next morning for a political campaign.

Still, Paranto appeared with Dana Loesch to discuss the suspension.

Paronto also appeared on Fox News and said that he would like to have had a closed room session with Obama to settle their differences. He later apologized for his comments, but is there anyone that can really blame him?

Later, he appeared on InfoWars.

Paranto said that Obama was a “disgrace,” “a narcissist,” and “a Socialist.” He also believes that people who were more “middle of the road” when it comes to Obama are starting to see just how narcissistic he really is.

Paranto said of Obama, “He’s gonna try and rewrite history, but it’s not gonna happen. I’m not gonna let him do it, especially in Benghazi.”

He then reminded his audience that he lost friends that night during the 13 hours of fighting that took place and that he and others put their lives on the line to ensure that other Americans could go home. Meanwhile, the Obama administration were busy in some ways plotting against them by not sending help and be manipulating a fabricated story about a YouTube video in an attempt to cover for the crimes of the Islamic jihadis that attacked Ambassador Chris Stevens and the compound he was at.

Referencing Tyrone Woods and Glen Doherty gave the ultimate sacrifice during the fight and Paranto said, “You don’t denigrate that. You don’t take that as a negative and say it didn’t happen when guys gave their lives and you didn’t feel like doing anything.”

The full interview is awesome, but Barry isn’t going to get away with his lies and he looks more and more foolish everyday that he continues to tell his whoppers. Not only do we have sworn testimony and documentation of Obama’s lies, but we now have a written record by the men who were there and made it back in the book
13 Hours and it has spread further into Hollywood in the movie by the same name.

Not only is Paronto not going to let Obama get away with rewriting history, including that of Benghazi, but neither are we.