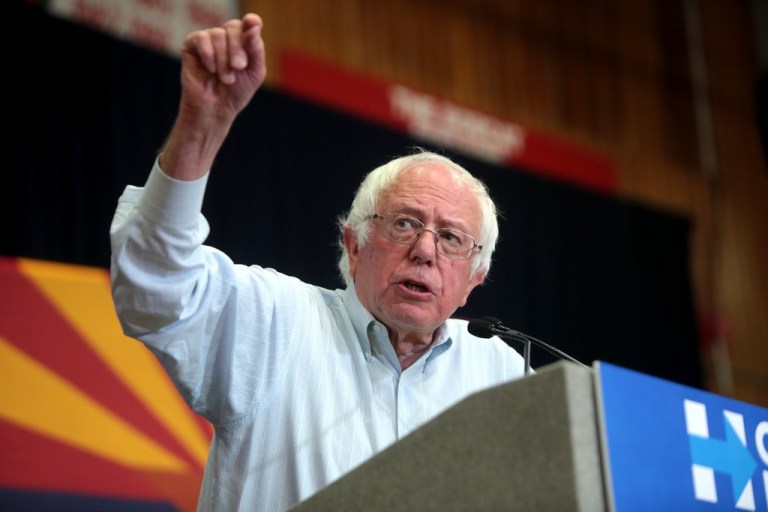 (TNS) If Sen. Bernie Sanders goes on to win the Democratic presidential nomination, the debates he’ll have with President Donald Trump are going to be beer-and-popcorn-worthy, for sure.

Mostly because the president will expose this charlatan for what he really is: A dyed-in-the-wool Communist who only claims he’s an “Independent” because he could never publicly claim allegiance to a political ideology that is 180 degrees opposite of American-style liberty and constitutional republicanism.

Then again, Trump’s work will have been largely done for him thanks in no small part to Bernie himself, who is already hard at work providing the president with lots of debate ammo.

And we actually have the “mainstream media” to thank too, because they, as propagandists for the Democrat Party, are providing all of the rope Sanders needs to hang himself.

During an appearance on CBS’ “60 Minutes” program Sunday, the original Bernie Bro actually defended one of the most brutal, repressive Communist leaders of the past half-century, the late Fidel Castro, mostly because he, um, taught his people how to read, or something.

Bernie Sanders defends his 1980s comments about Fidel Castro in an interview on 60 Minutes. https://t.co/ySqvQKoiBU pic.twitter.com/lTwuXWp9sA

“We’re very opposed to the authoritarian nature of Cuba but you know, it’s unfair to simply say everything is bad. You know? When Fidel Castro came into office, you know what he did? He had a massive literacy program. Is that a bad thing? Even though Fidel Castro did it?”

So, okay, since Castro provided a ‘literary program’ and ‘health care’ for Cubans, we’re supposed to simply overlook the massive number of people and dissidents he had killed and imprisoned — is that what we’re hearing, Bernie? Because that’s what it seems like you’re saying.

And what good is knowing how to read and having healthcare if you don’t have an economy and a job to sustain yourself? Castro’s ‘revolution’ also plunged Cuba into abject poverty, where it remains today. Way to go, Fidel, you visionary, you.

At other points during the interview, Sanders completely lies about what “democratic socialism” means by making Trump his foil.

“When Donald Trump was a private businessman in New York, he got $800 million in tax breaks and subsidies to build luxury housing. That’s called corporate socialism. What democratic socialism is about is saying, ‘Let’s use the federal government to protect the interests of working families,’” he said.

First of all, Trump didn’t take any tax breaks that weren’t lawfully passed by New York City and New York state legislators, as well as Congress — which included Bernie, by the way, and lots of Democrats. So there’s that. Also, lots of Democrats take advantage of the same laws to build their business empires.

A more modern instance of massive government failure to “protect working families” was Obamacare, a 100-percent Democrat creation, the party Commie Bernie caucuses with. Since the law that was supposed to “fix” everything that was wrong with healthcare and make it cheaper, healthcare remains expensive and health insurance rates have doubled and tripled.

The party Bernie caucuses with did that.

In any event, the debates are going to be fun to watch if Sanders wins the nomination. But you can bet the Democrat Party is going to try to do everything it can to prevent that from happening in the meantime, itself a popcorn-worthy event.