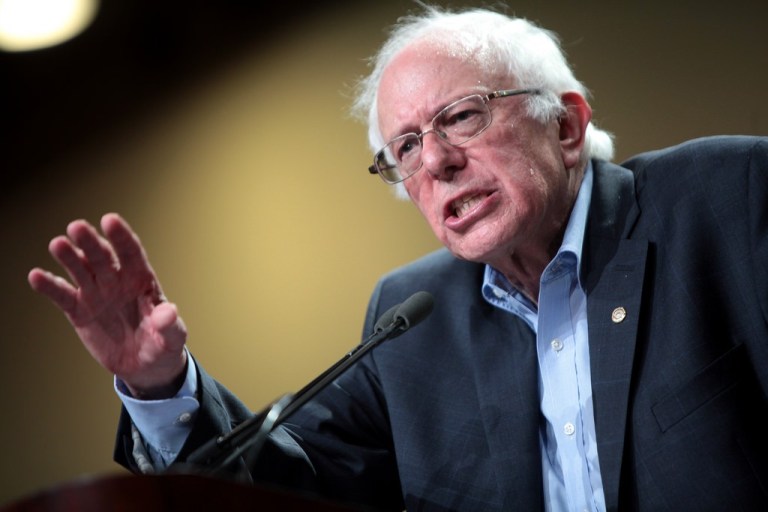 (TNS) One of the highlights (or lowlights, depending on your perspective) of the Democratic presidential debate Tuesday was when Sen. Bernie Sanders vowed that his administration would help minority communities sell drugs to each other.

Because ‘equality’ or something.

“And I’ll tell you what else we’re going to do, we’re going to provide help to the African-American, Latino, Native American community to start businesses to sell legal marijuana rather than let a few corporations control the legalized marijuana market,” Sanders said.

There is an argument to be made to decriminalize recreational marijuana, but as we’ve noted before, it can’t be done by states simply ignoring federal law, which still criminalizes recreational marijuana use. Congress should get busy and send the president a bill that would leave the issue up to voters in individual states. That’s a little concept we like to call “federalism” and it’s what our founders envisioned.

However, as Red State notes:

One, the government shouldn’t be involved in helping anyone sell recreational drugs. Is it going to help white people who have their own microbreweries? Also, if he absolutely has to get the government involved in the lives of people’s private business, why did Sanders land on “help them sell drugs” and not “help them start construction companies” or “mechanic shops?” Does he believe that dealing and using drugs is what minority communities amount to?

Democrats like to think they’re not racist, but they’re likely the most racist of the bunch. While they may not go around shouting racial slurs or demeaning anyone with a skin tone darker than the skin tones on the Democratic 2020 presidential debate stage, Democrats are often guilty of not looking at minorities as groups of people who can rise high and need their help in order to go anywhere.

“The soft bigotry of low expectations” was a phrase coined by George W. Bush speechwriter and Washington Post columnist Michael Gerson, and it perfectly expresses how the Democrats look at minority communities. They don’t see them as able to succeed and so, like the white saviors the hard-left are, they must help them do whatever they endeavor to do.

Minority communities like majority white communities would be better off if the government got out of our lives and let individual markets decide what people should and can sell to each other.

We don’t need bands of Bernie Bros sporting government IDs setting up pot shops for minorities on every street corner in order for them to earn a living. In fact, as the latest stats prove, minorities are doing much better in the Trump economy than they have under any previous recent president, including the god king, Barack Obama.

Hopefully, 2020 will turn out to be Bernie Sanders’ last gasp at trying to transform our country into Venezuela.