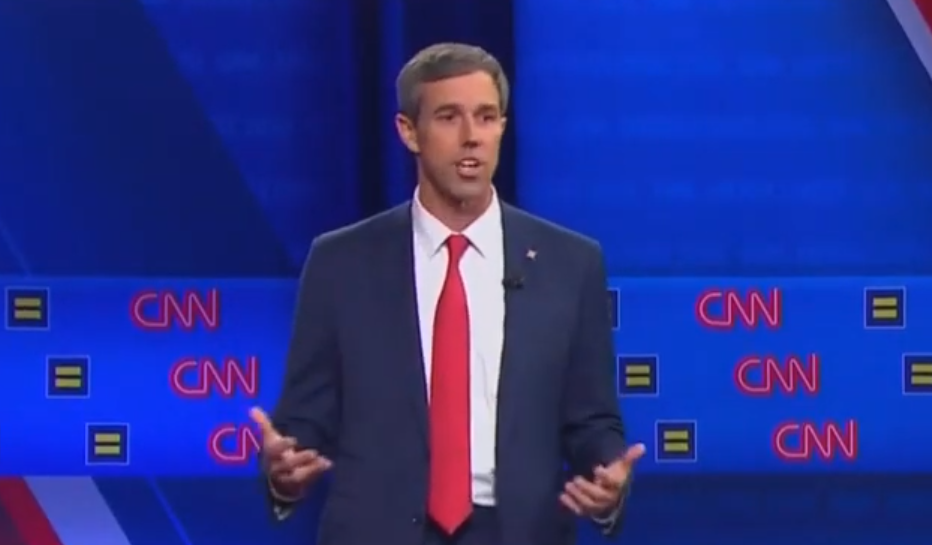 Beto O’Rourke said he thinks that religious institutions should be stripped of their tax-exempt status if they oppose homosexuality.

While at a CNN candidate forum about gay and transgender issues, moderator Don Lemon asked the 47-year-old former congressman whether he supported revoking the tax-exempt status for religious institutions such as churches, colleges, and charities if they don’t support gay marriage.

“Yes,” O’Rourke responded, to much applause.

“There can be no reward, no benefit, no tax break, for anyone or any institution, any organization in America that denies the full human rights and the full civil rights of every single one of us,” O’Rourke said. “And so, as president, we’re going to make that a priority, and we are going to stop those who are infringing upon the human rights of our fellow Americans.”

Democratic Sen. Cory Booker of New Jersey was asked a similar question earlier during the four-hour candidate forum but dodged the question.

O’Rourke’s focus seemed to be on Christian churches, but other religions such as Judaism and Islam are also opposed to homosexuality. With Islam being the most violently opposed condemning homosexuals to hanging or being thrown from rooftops.