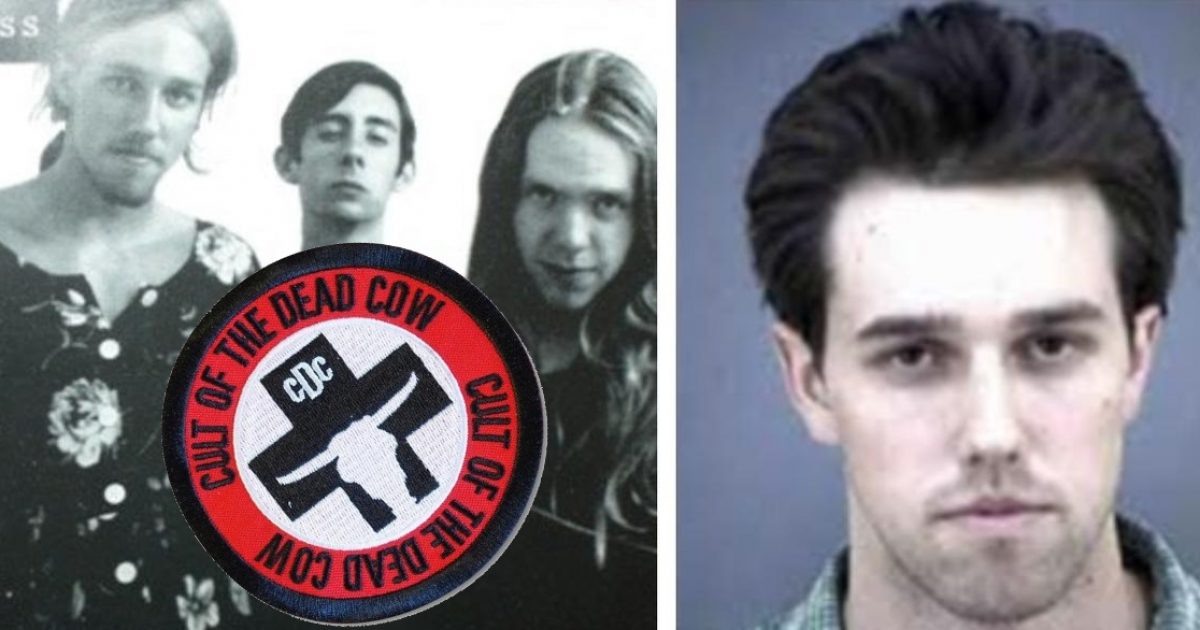 Clearly, Robert Francis “Beto” O’Rourke is a self-professed criminal and proud of it. In an exclusive Reuters interview, the failed campaigner for US Senate claimed that he belonged to the oldest group of computer hackers in US history, the Cult of the Dead Cow. But that’s not all, he also wrote some of the most bizarre and strange poems you’ve ever read in your life.

If the name of the hacker group sounds strange, the reality is that the hacktivist group, and yes they are credited with inventing the term, took their name from an abandoned Texas slaughterhouse. As a result, the group developed tools that allowed people to hack into Microsoft Windows-based computers. This is definitely someone who is prepared to represent the people of Texas in the US Senate, right?

The article, according to Reuters, is also adapted from a forthcoming book, “Cult of the Dead Cow: How the Original Hacking Supergroup Might Just Save the World” by Joseph Menn.

According to the Reuters report:

Members of the group have protected O’Rourke’s secret for decades, reluctant to compromise his political viability. Now, in a series of interviews, CDC members have acknowledged O’Rourke as one of their own. In all, more than a dozen members of the group agreed to be named for the first time in a book about the hacking group by this reporter that is scheduled to be published in June by Public Affairs. O’Rourke was interviewed early in his run for the Senate.

There is no indication that O’Rourke ever engaged in the edgiest sorts of hacking activity, such as breaking into computers or writing code that enabled others to do so. But his membership in the group could explain his approach to politics better than anything on his resume. His background in hacking circles has repeatedly informed his strategy as he explored and subverted established procedures in technology, the media and government.

“There’s just this profound value in being able to be apart from the system and look at it critically and have fun while you’re doing it,” O’Rourke said. “I think of the Cult of the Dead Cow as a great example of that.”

An ex-hacker running for national office would have been unimaginable just a few years ago. But that was before two national elections sent people from other nontraditional backgrounds to the White House and Congress, many of them vowing to blow up the status quo.

The report went on to describe O’Rourke as a “misfit teen in El Paso, Texas in the 1980s, who took to internet bulletin boards to connect with people.

“When Dad bought an Apple IIe and a 300-baud modem and I started to get on boards, it was the Facebook of its day,” he said. “You just wanted to be part of a community.”

Later on, he began his own board, TacoLand, which was largely about punk music.

“This was the counterculture: Maximum Rock & Roll [magazine], buying records by catalog you couldn’t find at record stores,” he said.

However, O’Rourke also engaged in theft, according to the report.

At the time, people connected to bulletin boards by dialing in to the phone lines through a modem. Heavy use of long-distance modem calls could add up to hundreds of dollars a month. Savvy teens learned techniques for getting around the charges, such as using other people’s phone-company credit card numbers and five-digit calling codes to place free calls.

O’Rourke didn’t say what techniques he used. Like thousands of others, though, he said he pilfered long-distance service “so I wouldn’t run up the phone bill.”

Under Texas law, stealing long-distance service worth less than $1,500 is a misdemeanor, punishable by a fine. More than that is a felony, and could result in jail time. It is unclear whether O’Rourke topped that threshold. In any event, the state bars prosecution of the offense for those under 17, as O’Rourke was for most of his active time in the group, and the statute of limitations is five years. Two Cult of the Dead Cow contemporaries in Texas who were caught misusing calling cards as minors got off with warnings.

O’Rourke handed off control of his own board when he moved east for boarding school, and he said he stopped participating on the hidden CDC board after he enrolled at Columbia University at age 18.

Hana Callaghan, a government specialist at Santa Clara University’s Markkula Center for Applied Ethics, said that voters might want to consider both the gravity of any candidate’s offenses and the person’s age at the time.

Among the questions voters should ask, she said: “What was the violation? Was it egregious? What does it say about their character – do they believe the rules don’t apply to them?” If substantial time has passed, she added, voters should decide whether the person “learned the error of their ways and no longer engages in those kind of behavior.”

When he was a teen, O’Rourke also frequented sites that offered cracked software. The bulletin boards were “a great way to get cracked games,” O’Rourke said, adding that he later realized his habit wasn’t morally defensible and stopped.

Using pirated software violates copyright laws, attorneys say, but in practice, software companies have rarely sued young people over it. When they do go after someone, it is typically an employer with workers using multiple unlicensed copies. Software providers are more interested in those who break the protections and spread their wares.

OK, so he has confessed to several crimes here. As far as Ms. Calaghan’s questions go, I would agree, but I would also point out that someone is owed money for the theft. If that is not restored, or at least attempted to be restored, then did the person actually “learn the error of their ways,” or did they simply get bored or think they got away with something?

As a teen, O’Rourke also penned fictitious writings in which he murders two children by running them over in his car, as well as another in which he and Jewish friend took on a neo-Nazi who claimed that Hitler didn’t really want to kill the Jews.

“We were trying to see what made him think the horrible things that he did,” he wrote in the file.

Zero Hedge also points out some of his other weird writing.

In another writing – a poem called “THE SONG OF THE COW,” O’Rourke worships a ball-buffing, butt-shining, ass-waxing cow that provides “milky wonder.”

I thirst for you,

Good fortune for those that do.

Love me, breathe my feet,

The Cow has risen.

The Cow has risen,

Oh, Milky winder, sing for us once more

Thrust your hooves up my analytic passage,

Provider of Cheese and other wonderful dairy products,

We will cleanse your inner intestines.

We will bathe in your Pungent Odor

Love the Scarecrow and the Milkman.

I live only for eternity,

Thirst for the undrinkable.

Praise the dough boy at the pizza shop.

The Song of the Cow, a poem by @BetoORourke aka Psychedelic Warlord, circa 1988 (via @WeldPond and @josephmenn) Not telling you who to vote for but this will be the national anthem if Beto wins. pic.twitter.com/HjV9JzxlZB

Does this really sound like someone America wants to put into political office? Oh, wait, sorry, I thought we actually wanted upstanding citizens there for a moment. Who am I kidding here?