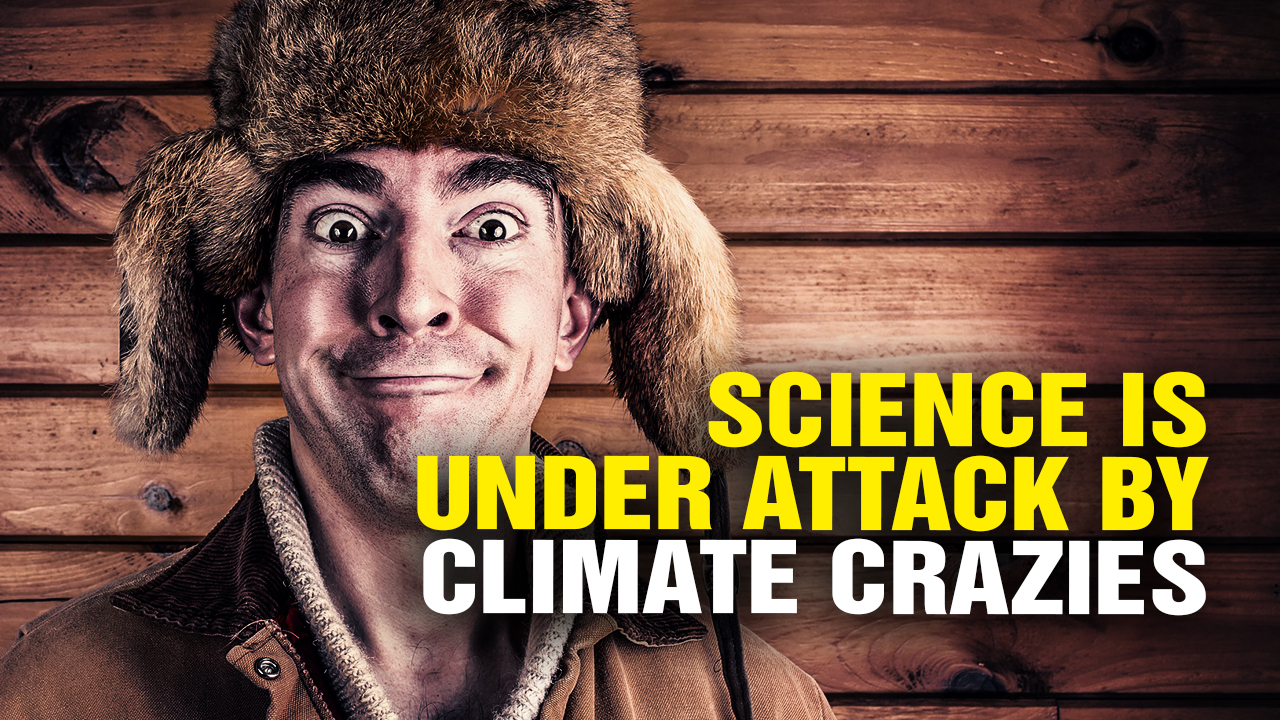 (Natural News) Democrats believe in “climate change” and “global warming” as though it were their religion, bristling at any attempt to discount the unproven ‘science’ behind it and becoming fighting mad when anyone (truthfully) calls all of it a hoax.

But then Leftists bring on most of the climate skepticism themselves because they frequently make bold predictions about the end of the world as we know it, only to see those predictions pass without incident, time and again.

What’s more, often their predictions look absurd in the face of data that show the oppositeof what they claimed would happen.

Take former Vice President Al Gore, for example. He’s made a rather nice living out of his role as a global warming/climate change snake oil salesman. In 2008 while riding high from his Oscar-winning 2006 ‘documentary’ “An Inconvenient Truth: The Crisis of Global Warming,” Gore told an audience in Germany that “the entire North ‘polarized’ cap will disappear in five years.”

But, as the global warming/climate change skeptic site Watts Up With That noted in December, not only is the ‘polarized’ ice cap still “inconveniently” around, but it has expanded.

“As you can see…Arctic sea ice came nowhere close to disappearing during the summer minimum, and has rebounded to be within 2 standard deviations in the last few weeks,” the site reported just a few months ago.

But of course, Gore isn’t the only Leftist making these outrageous “end of the world,” “doom and gloom” global warming/climate change claims. In the past few weeks, new Democratic champions of the lie – 2020 Democratic presidential contender Robert “Beto” O’Rourke and freshman “Democratic Socialist” Rep. Alexandria Ocasio-[like]-Cortez (N.Y.) have made similar statements.

In January, Ocasio-Cortez ‘warned’ that global warming/climate change was going to “destroy the planet” within 12 years if we don’t, you know, do something. (Related: UN official actually ADMITS that ‘global warming’ is a scam designed to ‘change world’s economic model’.)

Mustering all the seriousness and gravitas that a 29-year-old former bartender and, at the time, two-week-old lawmaker can muster, AOC told a group during an event in her native New York City, “Millennials and people, you know, Gen Z and all these folks that will come after us are looking up and we’re like: ‘The world is gonna end in 12 years if we don’t address climate change and your biggest issue is how are we gonna pay for it?” she told her interviewer, Ta-Nehisi Coates.

O’Rourke’s prediction was even more dire; he only gives us a decade, as reported by PJ Media.

“At this point there can be no shadow of a doubt that our own excesses and emissions and inaction politically and as a country and a democracy, where each of us comprise the government, have led to the warming we’ve seen so far — one degree Celsius just since 1980,” O’Rourke said during the “We the People Membership Forum” in Washington D.C., on Monday.

“I direct you to Valencia from Florida, whose question I just listened to backstage — how does this First World country create second-class citizens who face Third World conditions?”

In support of his climate change expertise, O’Rourke pointed to the “58 inches of rain that fell from the sky” in Houston recently, which led to historic flooding. Then he called on Congress to begin “confronting climate change before it is too late, within the 10 years we have left for us to act.”

So which is it – five years? Ten? Twelve?

No wonder so many Gen X, Y, and Z’ers are pessimistic about their future. They’ve been brainwashed to believe it by the insane Left with nonsensical predictions like these.

For the record, Leftist fearmongers have been fear-mongering about climate change bringing about the end-of-the-world for decades. O’Rourke and AOC are just the two most recent hoaxers.

Read more about the hoax of climate alarmism at Hoax.news and ClimateAlarmism.news.