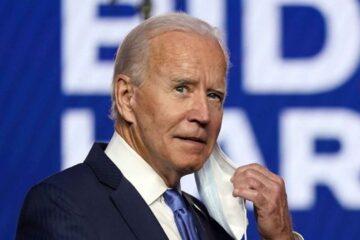 As PJ Media’s A.J. Kaufman has noted, White House Coronavirus Response Coordinator Jeff Zients had a stark message for the American people during a Friday White House press briefing: “We are intent on not letting Omicron disrupt work and school for the vaccinated. You’ve done the right thing, and we will get through this. For the unvaccinated, you’re looking at a winter of severe illness and death for yourselves, your families, and the hospitals you may soon overwhelm.”This is apparently a talking point the White House has chosen, as Zients was echoing the words of Old Joe Biden on Thursday: “For unvaccinated, we are looking at a winter of severe illness and death, if you’re unvaccinated, for themselves, their families, and the hospitals they will soon overwhelm.” As PJ’s Stephen Kruiser pointed out, these people are “more psychotic than criminal, although they are both.” But it’s even worse than that. Biden’s handlers’ “severe illness and death for the unvaccinated” theme is clearly not just a warning: it’s an expression of what they’re hoping for.

The whole controversy over the vaccines, after all, is one of credibility. Biden’s handlers insist the vaccines are safe, yet there is growing evidence that this is not completely true. CBS News reported that the CDC “issued updated recommendations preferring Pfizer and Moderna’s COVID-19 vaccines over Johnson & Johnson’s, in light of new data about the risk of a rare blood clotting side effect linked to the Johnson & Johnson shot.” As for Pfizer, The Hill reported Sunday that “health authorities in New Zealand have said they believe a 26-year-old man’s death is connected to a side effect from Pfizer’s COVID-19 vaccine.”

TRENDING: How Much Can We Really Trust Our Closest Middle East Allies, Israel & Saudi Arabia?

Biden’s handlers also insist that the vaccines are effective, yet The San Francisco Chronicle recently reported about a COVID outbreak at a wedding at which “most if not all of the guests wore masks” and everyone was vaccinated. Meanwhile, the NFL just postponed three games because of a COVID outbreak, despite the fact that all players are required to be vaccinated.

In light of all that and much more, what the Biden administration actually needs in order to stand vindicated for its vaccine mandates and warnings is a large amount of severe illness and death among the unvaccinated this winter. The statements from Biden and Zients are not just warnings; if they’re proven correct, the administration will state that it has been proven correct and that Americans should no longer dare to doubt its wisdom and expertise.

Could it possibly be that the administration is actually hoping that millions of Americans will get sick and die? It seems unbelievable, but consider this: early on in the COVID hysteria, the media insisted that ventilators were what was needed. The Trump administration immediately created a surplus of ventilators. When the media claimed that more masks were needed, Trump ordered the production of more masks. Now, however, by contrast, there is evidence that monoclonal antibodies are an effective treatment against COVID, and Biden’s handlers have cut the monoclonal antibody supply to Ron DeSantis’ Florida.

What kind of administration would do such a thing under any circumstances, except one that wanted Americans to die? Then there are reports from elsewhere about people being denied monoclonal antibody treatment. If Trump were president, we can be sure, given his COVID track record during 2020, that he would be ensuring that as many people as possible could get access to monoclonal antibodies. Biden’s handlers are doing exactly the opposite. For them, vindication appears to be the top priority, and Americans are going to have to drop dead from COVID in large numbers for them to get that vindication.

TRENDING: The Age of Fear: A Graduation Message for Terrifying Times

Shortly after Biden began pretending to be president, he rejected Trump’s “America First” policies. This, however, is something far worse. The Biden administration is so committed to its draconian, authoritarian, and hysterical COVID policies that it is staking its credibility upon the lives of Americans. This is nothing less than monstrous; in a sane political culture, there would be insistent calls for Biden’s resignation now, and impeachment proceedings would begin. But of course, the authorities who should be holding the Biden administration accountable right now are just as compromised and corrupt as Old Joe. So Biden’s handlers will remain in charge, and we can only hope that they do not opt to step up the pressure on Americans this winter and take more active steps to bring about the mass death they need to force us to admit that they were right all along.