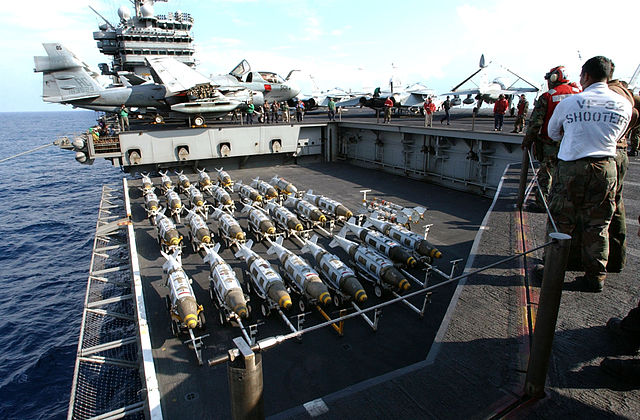 The Biden regime has signed off on the sale of $735 million in precision-guide missiles to Israel, including the exact type used to blow up a civilian tower housing international media outlets and others in Gaza.

The Biden administration has approved the sale of $735 million in precision-guided weapons to Israel, raising red flags for some House Democrats who are part of the shifting debate over the U.S. government’s support for the Israeli government of Prime Minister Benjamin Netanyahu.

Congress was officially notified of the proposed sale on May 5, three people based on Capitol Hill familiar with the notification told my colleague Karoun Demirjian and me.

A $735 million arms sale to Israel approved last month by President Joe Biden would include the same kind of precision-guided weapons that the Israel Defense Forces use to target hundreds of sites across the Gaza Strip, including a tower housing international media outlets.

[…] The proposed U.S. package includes Joint Direct Attack Munitions (JDAMs) that convert missiles into so-called “smart bombs” with lethal accuracy and destructive effect. The sale is subject to a 15-day review that is set to end on Thursday, amid a sharp spike in the decades-long Israeli-Palestinian conflict.

Israel ordered Biden to “stay out” of the conflict but they’re more than happy to take our weapons using the $4 billion they take from U.S. taxpayer every year.

WATCH: The owner of al-Jalaa tower pleads with an Israeli officer on live TV to let journalists collect their gear before he bombs it.

Biden expressed tepid support for an eventual cease-fire on Monday after Antony Blinken said a few hours earlier that the U.S. wasn’t demanding one and “it is up to the parties to make clear that they want to pursue a cease-fire,” according to the AP.

“Blinken also said Monday he had asked Israel for any evidence for its claim that Hamas was operating in a Gaza office building housing The Associated Press and Al Jazeera news bureaus that was destroyed in an Israeli airstrike over the weekend,” the AP reported. “But he said that he personally had ‘not seen any information provided.'”