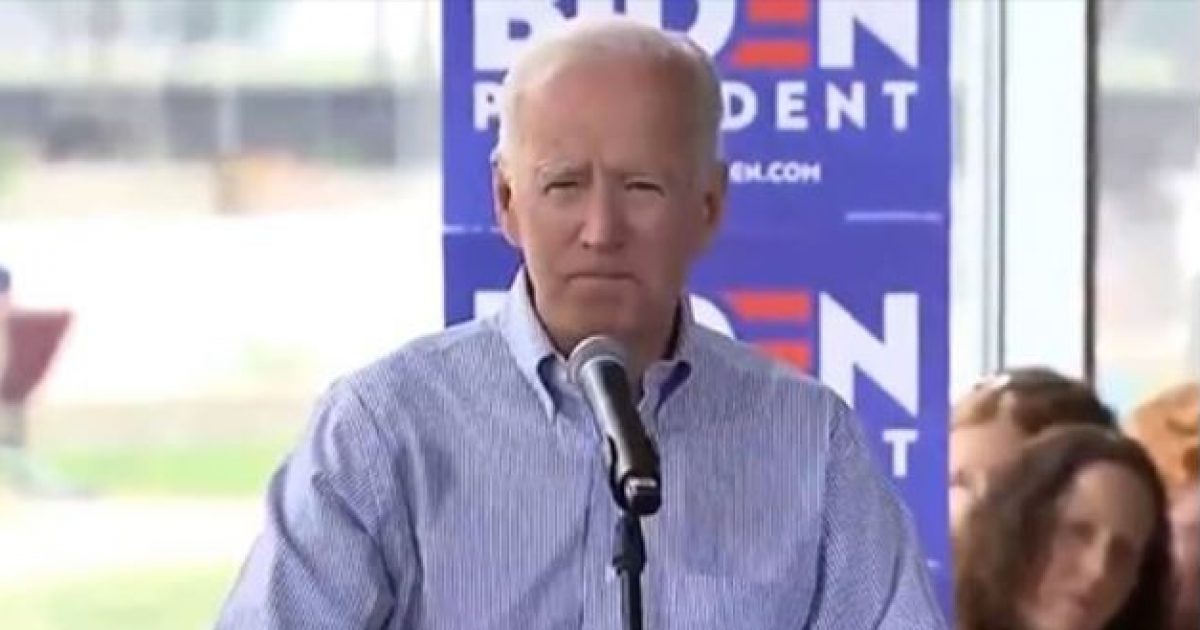 (TNS) How many times does a presidential candidate have to say, ‘I’m coming for your job!’ before blue-collar, working class Americans will believe him?

Because former Vice President and current 2020 Democratic presidential leader Joe Biden has now announced twice that he’s ready to sacrifice your working class job for the greater good…of the planet…or something.

Recall that earlier this month, Quid Pro Joe made it clear he would have no problem eliminating hundreds of thousands of blue collar jobs to attain a greener economy.

“Vice President Biden, I’d like to ask you, three consecutive American presidents have enjoyed stints of explosive economic growth due to oil and gas production,” Tim Alberta said during the Dec. 19 Democratic debate.

“As president would you be willing to sacrifice some of that growth, even knowing potentially that it could displace thousands, maybe hundreds of thousands of blue collar workers in the interest transitioning to that greener economy?”

QUESTION: "Would you be willing to sacrifice…hundreds of thousands of blue collar workers in that transitioning to that greener economy?"

Then, over the weekend during a campaign stop in New Hampshire, Biden threatened to jail those evil fossil fuel executives for providing the energy to power our economy, our industry and our daily lives, as well as heat our homes this winter.

.@JoeBiden on fossil fuel execs: “We should put them in jail” for pollution pic.twitter.com/OLqZMwi4E5

Now, on Monday — also in New Hampshire — Biden told miners they’d have to “learn to code” in the future because he’s coming after their jobs, too.

But Biden returns to the same point: "Anybody who can throw coal into a furnace can learn how to program, for God's sake!"

Really? How does Biden know that? He’s been in politics all. his. life.

What the hell does he know about real work and real workers?

This ‘Ordinary Joe’ persona is a joke. This guy hasn’t worked a hard day in 50 years. He has no idea what ordinary Americans do everyday to earn a living and stay above water which, thankfully, has gotten easier in the Trump era.

But Joe wants to reverse all of that and tell people to “code.”

Again — how many times does a presidential candidate have to say he will eliminate your working-class jobs before you believe him?

Many Americans did in 2016 when Hillary Clinton pledged to do the very same thing. She once vowed to “put a lot of coal miners and coal companies out of business.”

So, Biden is mirroring Hillary and we all knw how that turned out.