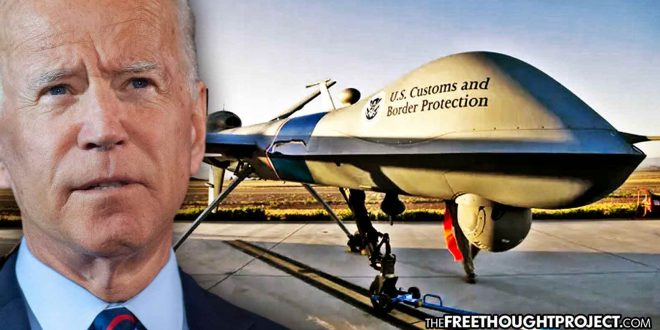 On January 20, in the minds of the establishment left, a new dawn was on the horizon with nothing but unicorns, a$15 minimum wage, and free health care and college for all. However, many on the left are already learning that their new messiah, Joseph R. Biden, is not that different from the right’s former messiah when it comes to wars, the police state, and immigration.

Though the right claims Biden is “going to open up the borders” so all the immigrants can rush in and “take our jobs and rape our children” that is not what will happen. For people outraged by Trump putting “kids in cages” as part of his crackdown on illegal immigration over the last four years, Joe Biden is not different, in fact when you read below to see what is unfolding, you will see that he is worse.

Remember, Biden was vice president during the Obama administration which aggressively deported more immigrants than Trump and who also put “kids in cages.” In fact, the photos used to first bring attention to kids in cages under Trump, were actually taken during Biden’s tenure as VP and the detention facilities were an Obama era creation.

Sure, Biden used executive action to stop the construction of Trump’s silly wall that was easily scalable and could easily be circumvented. He also stopped new enrollments in the Migrant Protection Protocols program, which forced asylum seekers to wait in often-dangerous circumstances in Mexico for their US immigration hearings. However, this is little more than virtue signaling for which the media can have something to praise him. Behind the scenes, Biden and his advisers have something in the works that dwarfs Trump’s wall — a “virtual” or “smart” wall.

Biden’s new “Smart” wall will use advanced surveillance technology to patrol the border presenting a danger to immigrants and citizens alike. According to a report in the Nation, while the full text of the immigration legislative proposal Biden sent to Congress has not been made public, a fact sheet distributed to reporters contains a section titled “Supplement existing border resources with technology and Infrastructure,” which calls for additional funding to, among other things, “enhance the ability to process asylum seekers” and “manage and secure the southern border between ports of entry that focuses on flexible solutions and technologies that expand the ability to detect illicit activity.”

The smart wall will not be as obvious and physically offensive as an actual wall, but aerial drones, infrared cameras, motion sensors, radar, facial recognition, and artificial intelligence is far more ominous than steal and bricks. According to the Nation:

These implements have the veneer of scientific impartiality and rarely produce contentious imagery, which makes them both palatable to a broadly apathetic public and insidiously dangerous.

Unlike a border wall, an advanced virtual “border” doesn’t just exist along the demarcation dividing countries. It extends hundreds of miles inland along the “Constitution-free zone” of enhanced Border Patrol authority. It’s in private property and along domestic roadways. It’s at airports, where the government is ready to roll out a facial recognition system with no age limit that includes travelers on domestic flights that never cross a border.

A frontline Customs and Border Protection officer, who asked not to be identified as they were not authorized to speak publicly, told The Nation that they had concerns about the growth of this technology, especially with the agency “expanding its capabilities and training its armed personnel to act as a federal police.” These capabilities were showcased this summer when CBP agents joined other often-unidentified federal forces in cities with Black Lives Matter protests. The deployments included the use of ground and aerial surveillance tech, including drones, as first reported by The Nation.

This sort of mission creep illustrates the folly in complacency over the use of advanced surveillance tech on the grounds that it is for “border enforcement.” It is always easier to add to the list of acceptable data uses than it is to limit them, largely owing to our security paranoia where any risk is unacceptable.

One of the most minacious aspects of this smart wall is that it will extend the police and surveillance state tactics used at airports — around the entire country. Imagine you are checking into a flight at an airport, excited to go on vacation but when you attempt to get your ticket, you are told you cannot fly. Suddenly, you are surrounded by security and hauled off for questioning. You have committed no crime and you have no recourse to ask why you cannot fly. This happens every day in this country as Homeland Security enforces the unconstitutional No Fly List.

Experts like Edward Hasbrouck, a consultant with the Identity Project and writer at the affiliated Papers Please blog, say the new border wall will essentially implement a no fly list around the entire country. Hasbrouck told the Nation DHS officials “complain constantly and explicitly about the fact that, unlike at the airport, where we know who’s getting on the plane before they get on the plane, at the land border anybody can just show up. They regard this as a horrible defect that they’re working assiduously to rectify.”

As the Nation points out, entire companies have formed to cater to these contracts, including Anduril, headed by crypto-fascist troll Palmer Luckey, who has close ties to mass surveillance firm Palantir (not coincidentally, both are companies named after objects from Lord of the Rings, by people who probably cheered the villains’ quest for absolute power).

They have already poured millions into this new surveillance state project.

All of this is happening out of sight of the general public who largely has no idea what is taking place. As the mainstream media praises Biden as their new savior, his administration is building a virtual TSA that will encompass the entire country. Imagine attempting to flee the future technocracy that America will surely become, only to be met by aerial drones and Boston Dynamic robot dogs. This could soon be a reality akin to the scariest Black Mirror episode.

What’s more, it is important to remember that all this technology the government has been implementing to keep people out can and will just as easily be used domestically to keep people in.